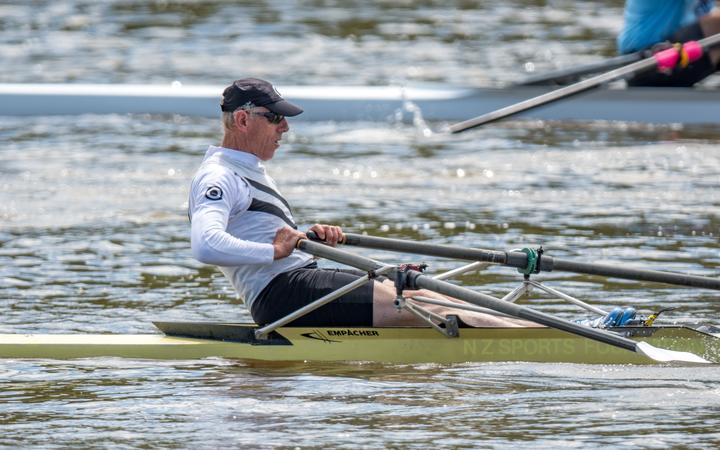 Verdonk, 60, died on 3 April after a battle with cancer.

Verdonk rowed to a bronze medal in the single scull at the Seoul Olympics in 1988. Four years later he placed fourth at the Barcelona Olympic Games in the same discipline.

Between Seoul and Barcelona, Verdonk attended three World Rowing Championships and gained another bronze medal in 1990 at Lake Barrington, Tasmania.

Earlier this year, the New Zealand Rowing Foundation awarded Verdonk with a Legacy Medal in celebration of his contribution to the history of New Zealand rowing.

Premier League clubs will ask players to take a 30 percent pay cut in order to protect jobs as it was announced the season will not resume until "it is safe and appropriate to do so".

All clubs have agreed to put the proposed "combination of conditional reductions and deferrals" to players.

The Premier League will advance £125m to the EFL and National League, and give £20m towards the NHS.

Clubs still intend on completing all league and cup fixtures.

The Professional Footballers' Association (PFA) has previously written to its members urging them not to agree any reduction or deferral in wages until they have spoken to the union.

LPGA Tour to wait for players

The LPGA Tour will not resume after the coronavirus pandemic until the majority of international players are able to compete in tournaments, commissioner Mike Whan said.

It was announced today that the US Women's Open, scheduled to take place in June, had been moved to December.

The next five LPGA events have been postponed or cancelled.

"I couldn't see us running an event where half of our players couldn't play," Whan said.

"Could I see us playing an event where our international players can't attend? I don't think I could call that official.

"We feel we've got to be in the 75 percent kind of range of players eligible for the event who could play."

Whan also said the sweeping changes announced to the LPGA schedule were designed to provide clarity for players and caddies.

The professional International Swimming League (ISL) will fund its contracted athletes with monthly payments from September through to next year's rescheduled Tokyo Olympics, the series announced.

It also plans to get all its 320 swimmers together for a five-week special event of training and competition, possibly filmed behind closed doors and with Australia the likely location, from 14 October to 17 November subject to the Covid-19 pandemic.

The ISL launched last year as a fast-paced competition with 10 teams from Europe and North America featuring an array of world and Olympic champions and bankrolled by Ukrainian businessman Konstantin Grigorishin.

Grigorishin told Reuters the contracted swimmers would each get a guaranteed $US1500 a month from 1 September to 1 July with $US11m set aside to cover wages, bonuses, ambassador payments and prize money in a condensed season.

The total cost of paying for everything could amount to $US20m, although that could be reduced by television deals and sponsorship and depends on the planned five-week 'radical swimming event' going ahead.