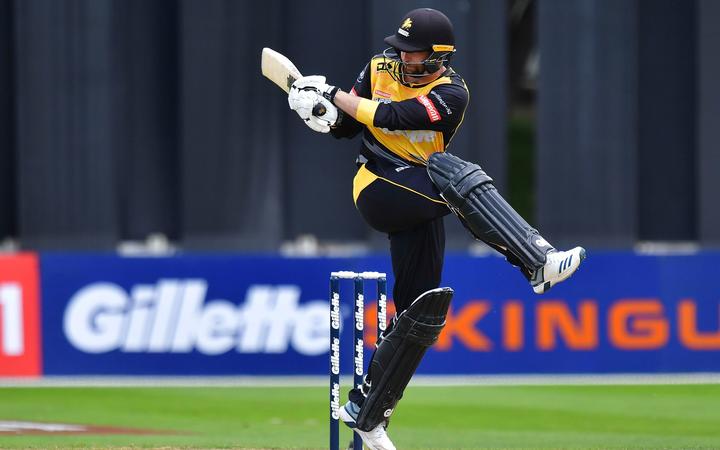 Conway has also been granted an exceptional circumstance dispensation by the ICC, which means should he be selected for New Zealand's tour of Bangladesh starting on August 12th, he would be allowed to play tour matches before the deadline.

The tour is in serious doubt as international cricket remains suspended because of the coronavirus pandemic.

"There are mixed feelings at the moment," Conway said from his home in Wellington.

"Obviously, really happy to hear the news about my eligibility but then again with regards to what's happening throughout the world it just puts it in perspective."

The left-handed batsman's first New Zealand cap remains a formality, given his impressive numbers across all formats since he first appeared for the Wellington Firebirds in the 2017-18 season.

The 28-year-old topped the scoring charts with 543 runs at an average of 67.87 as the Firebirds won the domestic Twenty20 title in January.

He also finished top scorer with 701 runs in Wellington's charge to the 2019-20 Plunket Shield title. The standout performance was his unbeaten innings of 327 against Canterbury last October.

"I am pretty happy but I've just got to keep working hard and hopefully get an opportunity to break into that Black Caps team which has world class players, and it won't be easy," Conway added.