Latest - The organiser of the Canadian Grand Prix says there are about three weeks before a decision has to be made whether to postpone the Formula One race. 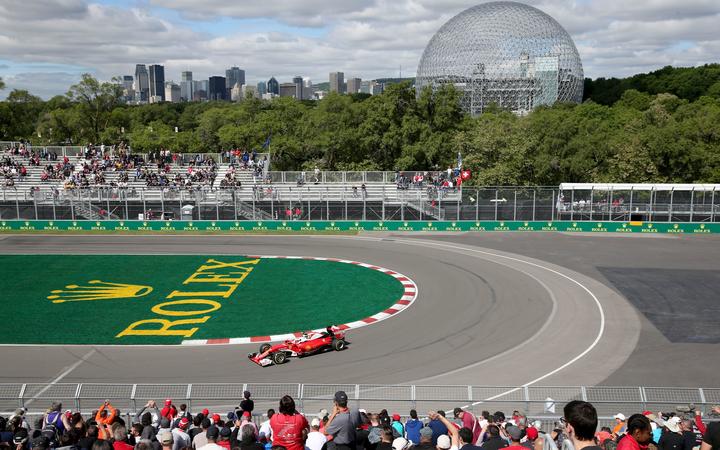 The event, on June 14, is the first on the original schedule not yet postponed in the wake of the coronavirus crisis.

"We would have to make a decision by Easter weekend [11/12 April]," Canadian GP promoter Francois Dumontier said.

"If the situation has improved by then, we could have the site ready on schedule."

The race in Montreal is held on a semi-permanent street circuit on the Ile Notre Dame in the St Lawrence Seaway, which makes the task of preparing the track easier than at the two races that preceded it on the calendar, Monaco and Azerbaijan.

Races in Australia, Bahrain, Vietnam, China, the Netherlands, Spain, Monaco and Azerbaijan have all been cancelled or postponed so far.

The German football giants said the move was to help the other employees at the club financially during the current coronavirus crisis.

The New Zealander Sapreet Singh is emplyed by Bayern.

Last week, Borussia Monchengladbach's players were the first in the country to offer to forgo wages.

There has been no Bundesliga action since 8 March as the coronavirus outbreak hit sport across the world.

On Wednesday, German authorities announced there had been 31,554 cases of coronavirus in the country and 149 deaths.

NRL and Players in talks

The National Rugby League and the Rugby League Players' Association have started talks over the issue of the financial impact on the current season and what affect the suspension will have on players.

NRL CEO Todd Greenberg and RLPA CEO Clint Newton met yesterday, together with a group of senior players and Club executives, to begin talks regarding the players' share in the decreased revenue while the competition is suspended due to the COVID-19 crisis.

There are reports that players could find out as early as today how much the coronavirus crisis will affect their pay packets with suggestions they may be asked to agree to a 50 percent reduction in salaries.

A number of coaches and club staff have already either been stood down or taken pay cuts including those from Brisbane, Cronulla, Canterbury, Penrith and Newcastle.

The South African Super Rugby side the Bulls have appointed Word Cup winner Jake White as their new Director of Rugby.

White replaces Alan Zondagh after the latter resigned in the wake of a poor start to the season that saw the side win just one of their six matches before the coronavirus outbreak forced a pause in the campaign.

White led the Springboks to the 2007 Rugby World Cup title, and was most recently with Toyota Verblitz in Japan.

He has also previously coached the Sharks and Australia's ACT Brumbies in Super Rugby, and spent three years at Montpellier in the French Top14.

The Bulls are South Africa's most successful Super Rugby side with three previous victories in the Southern Hemisphere club competition.