The AFL is suspending its season in response to the coronavirus outbreak, following announcements by state and federal governments to restrict non-essential travel in Australia. 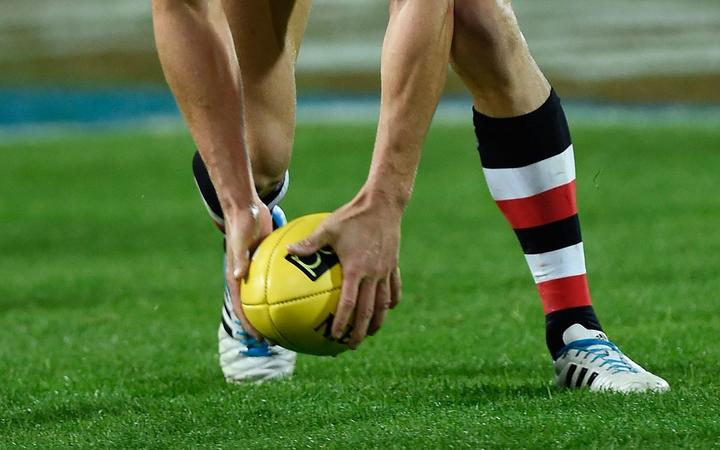 The decision to pull the plug on Aussie rules is disappointing, its top official says. Photo: PHOTOSPORT

AFL chief executive Gillon McLachlan announced the decision to suspend matches until at least 31 May, from the conclusion of this weekend's games.

He also confirmed the AFL women's season would be concluded immediately, with no premiership awarded.

"The decision by various state governments to close their borders and travel bans and other measures, meant it was time to immediately stop the AFLW and AFL competitions," McLachlan said.

"To say that this is the most serious threat to our game in 100 years is an understatement. It is unprecedented in its impact.

"As a community and as a code we all need to take the unprecedented and required actions to get through this together."

The question of whether the 2020 season would start in the first place was only answered 24 hours before the scheduled start last Thursday, when the AFL confirmed the 22-round season was being cut by five.

McLachlan also announced that the league had to be flexible, saying the "17-round season becomes a 153-game journey".

The confirmation of a shortened season was accompanied by a decision to reduce games to 16 minutes a quarter plus time on.

Now that shortened season is on pause.

Asked about the decision to end the AFLW season without a conclusion, McLachlan said: "There's no winners today. I think the decision was incredibly disappointing. The decision ended up being obvious today, but we would have loved to have finished [the season]."

McLachlan announced all AFL club training would be suspended while the league worked with them on the best way to manage players ahead of games being resumed.

"Over the next 48 hours, both the AFL and clubs will detail the drastic and immediate steps we need to take to cut costs," he said.

"The AFL industry is facing its biggest financial crisis in our history. But our key priority is to do everything possible to keep players, staff and supporters healthy and well through this pandemic."