Latest - Former AC Milan defender Paolo Maldini and his son Daniel, a current player for the same club, have both contracted the coronavirus, the club said in a statement this morning.

Paolo Maldini, 51, a one-club player and current technical director at the club, is regarded as one of the best defenders Italy has ever produced and made a joint-record 647 Serie A appearances. Daniel, 18, made his AC Milan debut this season.

"Paolo Maldini learned that he had contact with a person who tested positive and was suffering from symptoms of the virus. He was tested yesterday and found positive for the coronavirus," the club said in a statement. "The same goes for his son Daniel.

"Paolo and Daniel are in good condition and, having already spent more than two weeks at home without outside contact, as required by medical and health protocols, will extend the quarantine for the time necessary for a complete clinical recovery."

The former Real president was taken to hospital on Tuesday, with newspaper El Mundo saying he had been suffering from the novel coronavirus. His son said he had a respiratory disease.

Sanz presided over the club between 1995 and 2000, in which they won two Champions League titles and one La Liga crown among other trophies. Their 1998 Champions League triumph was the first time they had won Europe's top prize, which they have lifted a record 13 times, in 32 years.

The English Premier League is tentatively targeting a resumption on 1st June with a view to completing the season over six weeks before making an August start to the 2020-21 campaign, the Sunday Telegraph reported today.

The report said the sketchy plan was a "best-case scenario" aimed at mitigating the heavy losses clubs are sustaining as they continue to pay wages while football remains shut down because of the coronavirus pandemic.

On 13 March, all elite level football matches in England, including the Premier League, were suspended until 4 April with that stoppage subsequently extended until April 30.

The postponement of the Euro 2020 championship for a year, however, has cleared space in the calendar for domestic competitions to finish if the public health situation allows.

Under the plan being considered, the Telegraph said, the Premier League and FA Cup competitions would be resumed with matches played behind closed doors.

Formula 1 world champion Lewis Hamilton says he has undergone a period of isolation after recently being pictured with actor Idris Elba, who tested positive for coronavirus. 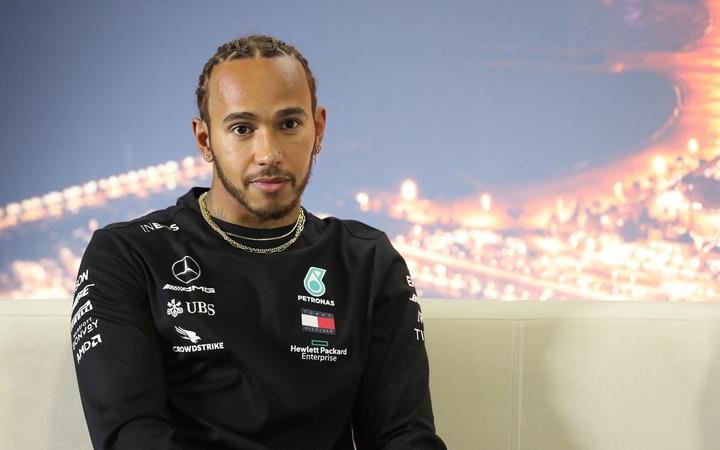 Hamilton was at an event in London earlier this month with Elba.

Sophie Grégoire Trudeau - wife of the Canadian Prime Minister Justin Trudeau - was also in attendance and has been diagnosed with coronavirus.

"I want to let you know that I am doing well," Hamilton said in a statement.

The Mercedes driver added: "There has been speculation about my health, after I was at an event where two people later tested positive for coronavirus.

"I have zero symptoms and it has now been 17 days since I saw Sophie and Idris. I have been in touch with Idris and happy to hear he is OK.

"I did speak to my doctor and double checked if I needed to take a test but the truth is, there is a limited amount of tests available and there are people who need it more than I do, especially when I wasn't showing any symptoms at all."

Hamilton said that he had been in isolation since last Friday - shortly before last weekend's season-opening Australian Grand Prix was cancelled because of the pandemic.

The Formula 1 season has been delayed until at least the start of June, with several races either postponed or cancelled.

No comeback for Tongan Rugby League

The expulsion of Tonga's NRL has been confirmed by the International Rugby League, IRL, after a Special General Meeting last week. 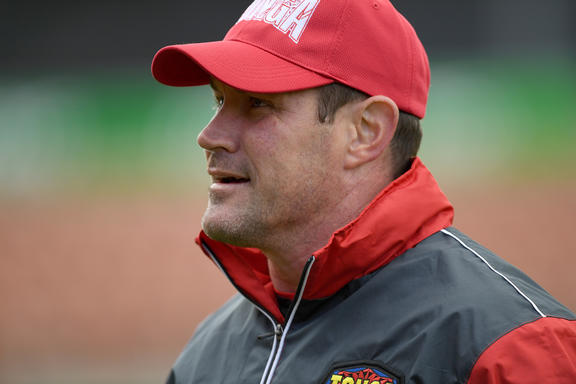 In February the IRL board made the decision to kick the TNRL out of the world body after a long-running battle over governance, money and a threatened player boycott.

The TNRL had been suspended since October 2019, after it sacked national coach Kristian Woolf over disagreements around control and finances, which led players to threaten a boycott of the World Cup 9s and end of season tests.

During last week's meeting the full member countries of the IRL confirmed the previous board decision to expel the TNRL by a vote of nine to five.

The IRL indicated a new governing body would be welcomed back into the fold.

Tonga's scheduled June match against New Zealand has already been postponed due to the coronavirus pandemic. 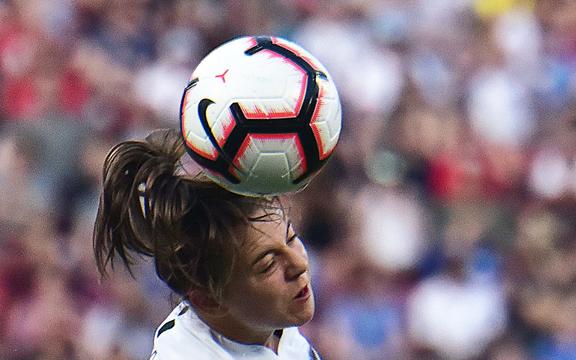 The title-decider, which attracted more than 6,000 fans in the last two seasons, was played out in front of a handful of family and friends at Melbourne's Rectangular Stadium because of government restrictions on gatherings of more than 500 people.

Skipper Steph Catley's early goal was enough to keep City unbeaten for the season after 11 wins and one draw in their 12 regular season fixtures, matching a feat the club achieved in the 2015-16 season.

Catley struck after 15 minutes with a left-footed shot from the edge of the box which Sydney goalkeeper Aubrey Bledsoe helped into the net in a blunder the American will be keen to forget.

Social distancing advice did nothing to prevent the City players from hugging each other when the final whistle sounded as they celebrated becoming the most successful club in W-League history.

Sydney have only lost twice this season, both times to the Wanderers.

Sydney looked set for all the points after Englishman Adam Le Fondre scored in the 35th minute, however a deflected shot from Simon Cox in the 85th minute gave Western Sydney a share of the points which puts them just one point outside the top six.

The next game is Monday between Perth and Western United.

USA Track and Field, athletics' US governing body, is the latest organisation to call for the Olympics in Tokyo to be delayed because of the ongoing coronavirus situation.

It follows a request from a number of individuals and sports bodies to delay the games.

The Olympics are scheduled to take place from 24 July to 9 August.

The English county cricket season will not start until at least 28 May because of the coronavirus crisis.

The England and Wales Cricket Board said "given the current information available, a seven-week delay... is the most appropriate approach".

It said it is possible that the season could start behind closed doors, with fans able to watch live broadcast action.

The County Championship was due to begin on April 12.

England are not scheduled to play until 4 June, when they start a three-Test series against West Indies.

The ECB said work had started on possible revised schedules for the men and women's game to begin in June, July or August, covering international and domestic matches.

meanwhile the seven game Ireland-Bangladesh series in May has been called off.

Jameis Winston has said his farewell to the Tampa Bay Buccaneers, a day after Tom Brady signed on to become the NFL franchise's new quarterback.

"It's been a great 5 seasons as a Buccaneer. All love and respect, I love Tampa and I look forward to seeing y'all again in February," Winston wrote on Twitter.

Tampa will host Super Bowl LV in February, and the Bucs brought in Brady in hopes he'll get them to the big game. Winston's tweet implies he plans to be there as part of another team.

As a free agent, Winston can look for that next team.

The Buccaneers selected him as the No. 1 pick of the 2015 NFL Draft, but his arrival failed to turn around a franchise that hasn't been to the playoffs since the 2007 season. Only the Cleveland Browns have a longer NFL playoff drought.

Winston led the NFL with 5,109 passing yards in 2019 and became the first player in league history to throw for at least 30 touchdowns (33) and 30 interceptions.