The Canberra Raiders didn't give any charity to the Warriors as they scored a 20-6 win in their National Rugby League game on the Gold Coast. 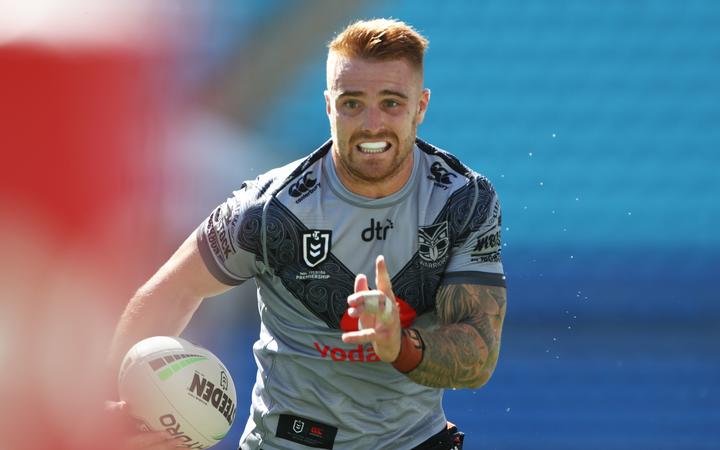 Just days after committing to playing their games in Australia, the Warriors were unable to fire on attack as the green machine scored four tries to one.

Canberra led 6-0 at half time.

The Warriors were headed towards becoming the first team in 100 years of rugby league to go scoreless in their first two games of a season until a penalty try in the 75th minute ensured they would put points on the scoreboard for the first time this year.

The Warriors were playing their first game at their new Gold Coast "home ground" after travel restrictions were placed on the New Zealand and Australian borders, but there was little comfort in their new surroundings.

The 35-degrees blazing sun heat was only amplified by a Raiders defensive unit that offered no respite with their physicality.

After the game Canberra hooker Josh Hodgson asked the warriors players to form a circle in the middle of the field with them as a salute to their call to relocate to Kingscliff.

"Hodgey grabbed all the boys in. Hodgey just mentioned that it was a massive effort what the Warriors boys are doing," Raiders captain Jarrod Croker said.

"They are leaving their families behind to keep this great game of ours running so we have nothing but respect for those boys ... I am sure the whole country appreciates what they are doing." 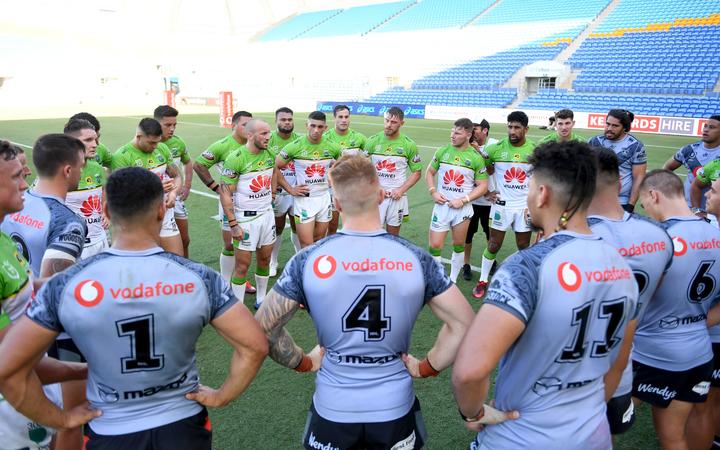 Warriors coach Stephen Kearney did not want to use their tough plight as an excuse for the loss that relegated them to a 0-2 season start for the first time in 2016.

"It's been a challenging week obviously," he said.

"But it is not an excuse for today. We did enough but we just didn't capitalise on pressure or momentum due to mistakes even from our senior guys."

Asked how long the Warriors were willing to stick it out at Kingscliff, Kearney said: "We are in it until whatever happens, happens.

"We have to keep checking in on them (players) and making sure that they are doing okay but we will be okay - we are committed to the NRL."

The Warriors play Manly in Sydney next weekend.

In other games Saturday night, Manly beat the Roosters 9-8 and melbourne beat the Sharks 12-10.