Latest - Brisbane and Penrith have gone two from two and climbed to the top of the National Rugby League standings after wins on Friday night. 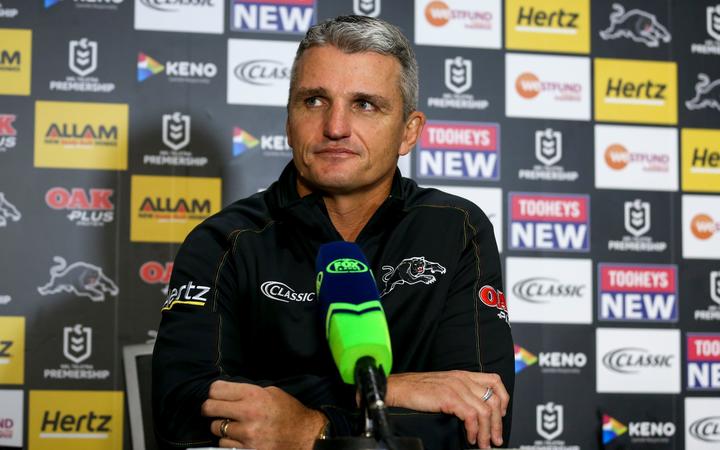 Kotoni Staggs scored a hat-trick of tries for the Broncos, but their night was soured somewhat by the shoulder injury to halfback Brodie Croft.

Meanwhile the Dragons appeared set for a win, leading by 10 point with 16 minutes to play before Penrith stormed back to take the win.

The official crowd was 231, with supporters locked out due to the coronavirus outbreak.

The Warriors play Canberra on the Gold Coast today.

Wins for City and Roar

Melbourne City and Brisbane Roar have cemented their places in the top four of the A-League football competition with wins over Central Coast and Newcastle respectively.

Jamie Maclaren scored a hat-trick as City blew away the Mariners with three goals in the first 10 minutes in the first game closed to the public.

The 4-2 win keeps City second on the table behind Sydney, while the Mariners remain bottom.

Brisbane are forth on the table and Newcastle ninth.

The Force is back

Australia's four Super Rugby teams and the Western Force are set to be part of a new domestic competition beginning next month. 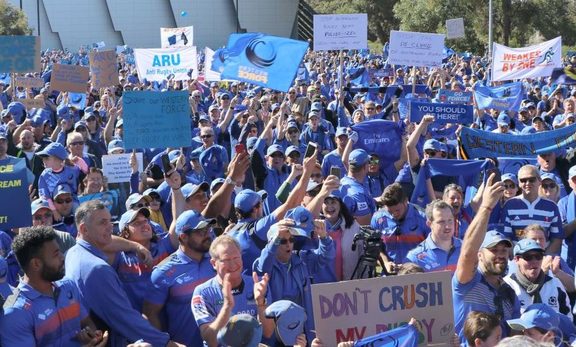 With Super Rugby suspended and travel bans introduced in Australia, a domestic competition shaped as the most likely option to fill the void of the five-nation Super Rugby tournament.

Because of travel restrictions, the Japanese Sunwolves will no longer be part of the competition that will involve Australia's four Super Rugby teams in a home and away round robin series beginning on Friday April 3.

The news means the Sunwolves have almost definitely played their final Super Rugby match after just nearly five seasons in the competition.

All matches will be played behind closed doors, in the same vein as the NRL and AFL competitions which have kicked off in the last fortnight.

NFL legend Tom Brady has signed a contract with the Tampa Bay Buccaneers, officially ending a two-decade run with the New England Patriots.

The Buccaneers announced the deal today but offered no contract details, other than to say it was a multiyear contract.

Multiple reports have pegged it at two years, $100 million, all guaranteed.

The six-time Super Bowl champion will give instant credibility to a Buccaneers franchise that hasn't made the playoffs since 2007.

Brady, who will turn 43 in August, is a three-time league Most Valuable Player, selected to 14 Pro Bowls. He is second in NFL history in touchdown passes (541) and passing yards (74,571) to New Orleans Saints quarterback Drew Brees. With Brady's move to the NFC South, the two 40-something quarterbacks will face off twice each season.

Brady is the all-time postseason leader in most quarterback categories, including completions (1,025) and passing yards (11,388). He also leads in touchdown passes with 73. His childhood hero, Joe Montana, is second on the list with 45.

The LPGA women's golf tour has postponed three more golf tournaments due to the coronavirus pandemic.

The first major championship of the year, The ANA Inspiration, which had been scheduled for April 2-5 at Mission Hills Country Club in California, will take place at the same venue in September.

The next scheduled LPGA event is the Pelican Women's Championship in Florida from May 14-17.

Joshua fight not off yet

Promoter Eddie Hearn says Anthony Joshua's world heavyweight title defence againt IBF mandatory challenger Bulgarian Kubrat Pulev in June has not been postponed yet due to coronavirus, despite the opponent suggesting it would be moved.

Hearn, who manages Joshua, also floated the idea that a blockbuster bout for the undisputed world heavyweight boxing title with Tyson Fury might take priority in the event of a long postponement.

The 38-year-old former European amateur super-heavyweight champion Pulev had said the fight would probably take place at the end of the year instead of June 20 at Tottenham Hotspur's stadium in London as scheduled.

The 30-year-old Joshua reclaimed the WBA, WBO and IBF belts back with a unanimous points win over Andy Ruiz Jr in December.

Fury annexed the WBC belt with a brilliant seventh round stoppage of American Deontay Wilder in Las Vegas and Wilder has invoked his contractual right to a re-match.

But Hearn suggested the delays caused by the coronavirus may lead to a re-think.

Warner pulls out of Hundred

Australian batsman David Warner has withdrawn his name from the inaugural edition of the Hundred in England because of family and personal reasons.

The eight-team, 100-ball competition is scheduled to run in July and August and include a number of overseas players including New Zealanders Kane Williamson, Sophie Devine and Suzie Bates.

The England and Wales Cricket Board is meeting to discuss how the English season may look with it unlikely to start on time because of the coronavirus.

The County Championship is due to start on April 12.

The coronavirus pandemic has led to the suspension of all club football.

The European Championship's move to next year means there is more time to complete domestic league seasons.

"There are 30 affected leagues, 30 cup tournaments, and we have to co-ordinate each schedule at both a national and international level," said Tebas.

"In mid-May we should be back with all European competitions. If circumstances permit, we could bring that forward.

"We need to work together."

This week, English and Scottish football extended their suspensions until 30 April. The Football Association said the current season can be "extended indefinitely".

Todd Gurley has signed a one-year NFL deal with the Atlanta Falcons less than 24 hours after he was released by the Los Angeles Rams.

Gurley was due a $18 million bonus with the Rams yesterday and was cut before the end of the NFL business day in a cap-related move.

In Atlanta, the University of Georgia All-American is back to his college roots and replaces Devonta Freeman. Freeman was released by the Falcons on Thursday.

The question for the Falcons is which version of Gurley they're getting. The 25-year-old had 17 rushing touchdowns in 2018 and was a First Team All-Pro for the second straight year, but he missed the final two games of the season with knee issues that limited his chances in the playoffs and Super Bowl defeat to the New England Patriots.

Gurley rushed for a career-low 857 yards in 2019 and faced questions about the health of his left knee.

The World Snooker Championship has been postponed because of the coronavirus pandemic.

Judd Trump had been due to defend his title at the tournament, which was scheduled to take place from 18 April to 4 May.

Organisers hope to reschedule it in July or August.

The championship, the 17th and final ranking event of the season, has taken place for 43 years running at the Crucible in Sheffield.

End of season for most English rugby

England's Rugby Football Union has confirmed the end of the season for all levels below the Premiership following the coronavirus outbreak.

The move, which applies to "all league, cup and county rugby in England", means the Championship campaign will finish with at least seven rounds to play.

Newcastle Falcons are top with a 100% record, but are yet to seal promotion.

The RFU said a further update would be issued in April as they aim to "ensure fair and balanced outcomes".

Saracens' relegation from the Premiership has already been confirmed following persistent salary cap breaches, meaning Falcons are likely to replace them in the top flight.