Latest - The Crusaders and Chiefs have entered voluntary self-isolation in accordance with government guidelines recommending anyone who had recently returned to New Zealand from overseas should self-isolation. 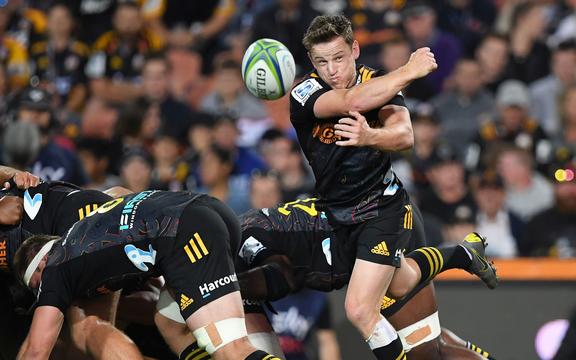 Both teams flew back to New Zealand over the weekend following Super Rugby games in Australia.

The Chiefs said they will undergo four days of isolation, until Sunday, while the three-time defending champion Crusaders didn't reveal their time frame.

Both teams have begun the process a day after the Highlanders, who were forced into a 14-day quarantine after returning from Buenos Aires on Tuesday.

AFL set to start on time

The Australian Football League (AFL) will press ahead with the opening weekend of the top flight Australian rules season despite new measures to control the coronavirus introduced by the government.

Prime Minister Scott Morrison on Wednesday declared a "human biosecurity emergency" which he said could last at least six months, telling the country's citizens to abandon travel abroad and avoid gatherings of more than 100 people.

AFL boss Gillon McLachlan said the 18-team competition's regular season would kick off as scheduled on Thursday when Richmond take on Carlton behind closed doors at the Melbourne Cricket Ground (MCG).

"We don't know how many games we will get into this 153-game journey before we have to pause but ... tonight our industry is unified in making a decision to start," McLachlan said.

The season had already been shortened to 17 rounds of matches from the usual 22 and the length of each quarter would be reduced from 20 to 16 minutes in duration.

The AFL had already banned fans indefinitely from matches following government advice last week to shut down events involving crowds of 500 or more.

Canterbury allrounder Andrew Ellis is retiring from cricket after an 18-year professional career. 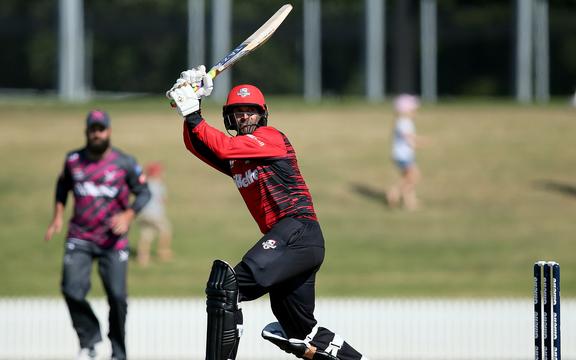 Ellis, 37, is the just the second player in New Zealand domestic cricket history to play over 100 games in each format - 117 Twenty20 matches, 109 List A matches, and 105 first class matches.

A five-time Plunket Shield champion, Ellis finished his career for Canterbury with 8644 runs and 494 wickets across all three formats, making him one of the province's best all-rounders.

The Perth Wildcats were awarded Australia's National Basketball League title on Thursday, two days after the Sydney Kings pulled out of the championship series due to coronavirus concerns.

The Wildcats led 2-1 after winning the third game of the best-of-five grand final series in Sydney before the Kings announced their withdrawal on Tuesday.

The coronavirus pandemic has infected more than 212,000 people globally and killed 8,700 and brought the sports world to a virtual standstill.

Officials said the league's rules were clear with regard to "unforeseen circumstances" and that awarding the title to Perth was the only possible outcome.

"Obviously (Sydney were) disappointed but very graceful in accepting it," NBL owner and executive chairman Larry Kestelman told reporters at a media conference in Melbourne on Thursday.

"It's an extraordinarily harsh position for them to be in and I think their fans and their players would have loved to see through the five-game series.

"They were confident they could win it. But rules are rules and unless we decided to change the rules, that was the only decision we could have made."

The Asian Football Confederation has postponed all matches in the AFC Cup tournament.

Games in the west of Asia had already been suspended prior to the announcement. The decision means matches due to be played in March and April in the confederation's other four zones around Asia - south, central, south east and east - have now also been postponed.

The AFC Cup is the continent's second-tier club competition and features teams from countries such as Jordan, Lebanon, Singapore, Bangladesh and Tajikistan.

The coronavirus outbreak has had a major impact on football across Asia, with the start of the Chinese Super League and the K-League in South Korea suspended indefinitely while Japan's J-League was halted after the opening round of matches.

The Asian Champions League, the region's leading club competition, has also been severely affected, with the schedule of the group phase thrown into disarray since the tournament kicked off in early February.

The coronavirus has brought sport to a standstill but the virtual world is seizing the opportunity to fill the void, with athletes rushing to join online gamers as demand and viewing figures soar.

Darren Cox, president and ceo of Torque Esports and founder of The Race that organised an all-star race after the Australian Formula One Grand Prix was cancelled, has never seen anything like it.

Cox said there were more than a million views of that feed, with 515,000 people watching live.

Seattle Seahawks quarterback Russell Wilson and his wife, Ciara, announced over social media that they're donating one million meals to help those affected by the coronavirus pandemic.

The couple announced during a video on Twitter that it has partnered with Seattle's Food Lifeline, which -- per its website -- distributes food "to more than 300 food banks, shelters, and meal programs throughout Western Washington, providing the equivalent of 134,000 meals every day for hungry children, adults, and seniors."

One of the initial coronavirus outbreak points in the United States was in Kirkland, Washington.

"It's changing the world second by second, minute by minute," Wilson said in the video. "People are losing loved ones, the elderly and the young, people in between. Think about people losing jobs, even in Seattle."

"We want to encourage everyone out there to join us in whatever way that you can, big or small," Ciara said. "Everything makes a difference, everything we do together makes a difference. Together we will conquer this tough time we're going through. We have faith, and want to encourage everyone else out there to keep the faith. Also, practice social distancing and be blessed."

The couple also serve as co-owners of the Seattle Sounders of Major League Soccer.