New Zealand Rugby is forging ahead with plans to create a domestic competition to replace the suspended Super Rugby tournament, despite postponing all club and community rugby for a month. 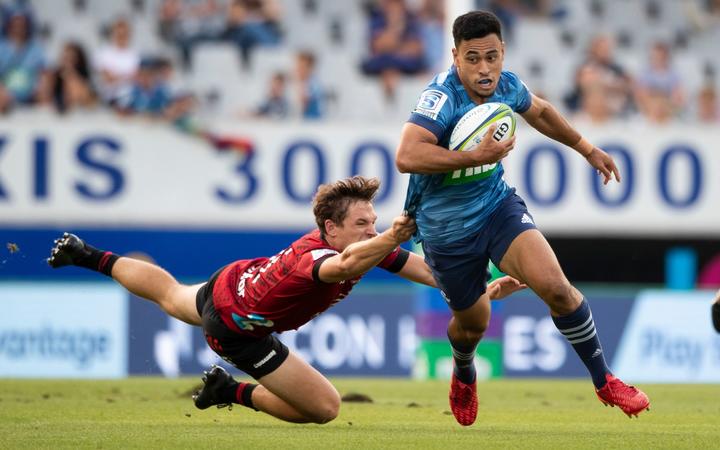 A competition to replace Super Rugby could be up and running in two weeks. Photo: PhotoSport

A domestic tournament, involving the five New Zealand Super Rugby teams, could be up and running in a fortnight and would be played at empty stadiums, NZR chief executive Mark Robinson said.

Robinson believed NZR could run a domestic Super Rugby competition and still keep the players safe, but they can not do that at club or community level.

"Super Rugby teams are in a very closed environment and monitored every day, that's very different to a community game where we have no ability to do that, we have a very fluid situation and young people involved in the game in a wide range of different communities all interacting with each other so our ability to control that environment just simply doesn't exist," Robinson said.

The domestic competition could start in two weeks with details of the tournament to be revealed as early as Friday, but Robinson conceded the proposed tournament could be scuppered at any time by further government restrictions around the coronavirus or if a player in the tournament contracts Covid-19.

"We're like everyone in terms of running and leading a business in New Zealand at the moment, we are subject to what direction the coronavirus might take and we just have to be open and flexible to working through that so as soon as the directives come that effect that then we'll have to take that and access that feedback and follow those protocols."

Robinson refused to discuss what kind of financial impacts a canceled Super Rugby season would have on player wages and how much of a pay cut they'll need to take, but he conceded it was an issue NZR would have to face.

"That's a question that is for the future essentially, we haven't had any detailed conversations with the players.

"I'd just stress that they've been fantastic so far in how proactive they have been in terms of seeking solutions through all this and we will continue to work with them, that's not something we are focussed on right now."