Tall Black Isaac Fotu has experienced first-hand what it's like to be in a country overcome by Covid-19 and he's impressed with how New Zealand responded to the outbreak. 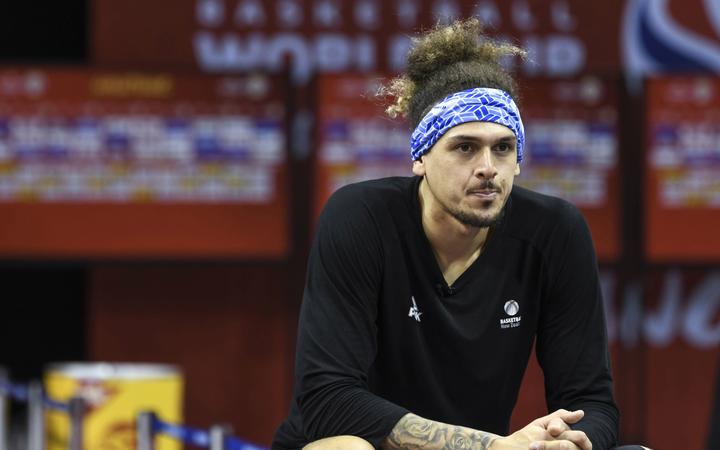 Fotu is a professional basketballer in Italy - a country that has over 1400 deaths and nearly 25,000 cases of Covid-19.

The 26 year old plays for Treviso in the Serie A basketball league in Italy, a club based in the northern part of the country.

"Every day, every hour was something different over there you know.

"First they (tournament organisers) told us we were playing with no fans and then the games were cancelled altogether and then they told us we couldn't practice at all so yea... it messed with your head a bit," Fotu said.

During the past two weeks, Fotu had to carry a card with him while he was in public that outlined why he was outside - a requirement by the Italian government.

He said he was impressed with the response he's seen from the New Zealand government during the outbreak, compared to that of the Italians.

"I just hope other countries can learn from the mistakes the Italians made and that it doesn't hit too hard here.

"I came from the front lines over there, amongst the one of the worst areas hit in the world and these measures need to be taken I think. New Zealanders need to take it seriously because over there I think Italians were a bit too casual with it over there and we saw what happened so, I do think these measures are necessary and hopefully everyone needs to do what is necessary to keep this under wraps," he said.

The Serie A league Fotu plays in was then postponed for the foreseeable future, giving the Tall Black power forward the opportunity to return to New Zealand on Monday to spend some time with his family.

However, that time will be spent apart, of sorts, with Fotu set up with his own private room within the family household during his mandatory 14 days of self-isolation that was imposed by the government on the weekend.

"I didn't know my mum was going to set it up like this," he jokes.

"It's like an Airbnb because I've got everything in there, I've got a Playstation, a TV, table, couch, it's like a little apartment in one room so it's a nice little set up."

Despite being based in the second most infected country behind China, Fotu says he hasn't got any symptoms associated with Covid-19, though he is aware that he doesn't have to be symptomatic to carry the virus.

As a extra precaution he's also got his own bathroom to ensure he doesn't cross-contaminate any of his family members.

At 6'6", Fotu does need some space to stretch his legs though, and given the requirements of a professional athlete, he's still required to train while in self-isolation.

"A necessity for me is working out so they (customs) give us a quarantine guideline thing at the airport when we came through that said you're allowed to go for runs and workout where there's no people so I'll just try go for runs on the road and avoid people and get my workouts in at home."

Post his self-isolation and the Italian league season, Fotu says his next priority will be with the Tall Blacks and whether they'll get to play in the qualifying tournament for the Tokyo Olympics.