Warriors players Peta Hiku and Patrick Herbert have returned to New Zealand, but their teammates will remain in Australia preparing for their round two NRL match against Canberra next weekend. 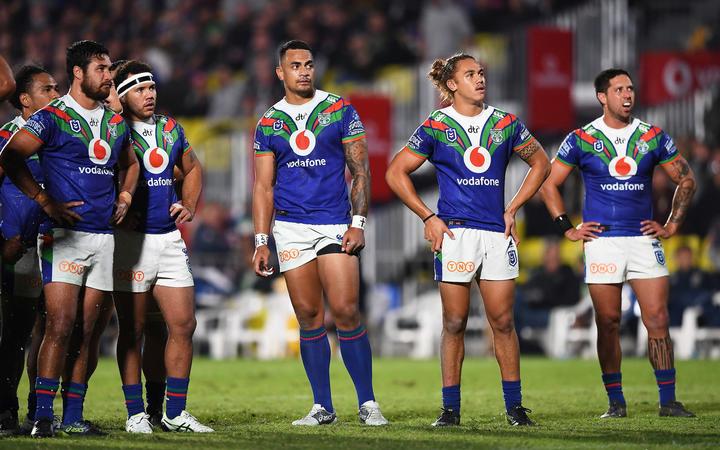 Players and staff were scheduled to arrive home this afternoon after last night's 20-0 opening-round loss to the Knights in Newcastle.

The New Zealand government has imposed new travel restrictions which include a 14-day self-isolation on international arrivals, beginning midnight on Sunday (NZ time).

Hiku's partner is pregnant and due in a week, while Herbert has a young baby. Several other players have young families.

"The day we've had today, it's just something else our group has got to deal with," George said.

"Led by (coach) Stephen (Kearney), we've got a great leadership group and what happens will happen."

"I'm just focused on making sure we get the best outcome for our families and the boys. There's a couple of players there who have very young children who were just born in recent weeks."

ARL commission chairman Peter V'landys and NRL chief executive Todd Greenberg fronted a press conference today, with V'landys confirming round two will go ahead in empty stadiums, with the situation being reassessed afterwards

The Warriors round two clash with Canberra next weekend was to have been part of a double-header with the Blues Super Rugby side at Eden Park.

But Sunday's Super Rugby match between the Highlanders and Jaguares in Buenos Aires was cancelled, and governing body Sanzaar confirmed that the competition is now suspended.

The Warriors will be based on the Gold Coast and now play their second round match against Canberra at Robina Stadium.