The Blues have beaten the Lions 43-10 in a comprehensive performance at Eden Park. 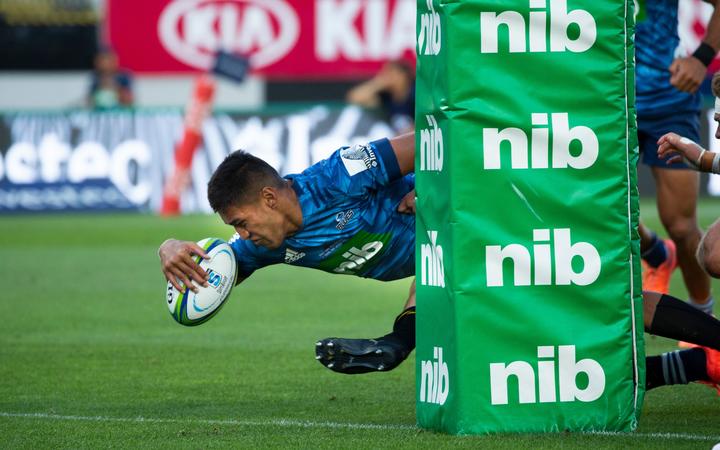 The hosts dominated the match from the outset, scoring the first try through Reiko Ioane in the eighth minute.

The Lions struck back in the 17th minute when second five Daniel Kriel burst over the line following a steady build up from the visitors.

That was as good as it got for the Lions, with the Blues scoring two tries before the break.

One of those tries was a penalty try in the 38th minute - Lions flanker Ruan Vermaak slapped the ball to the ground in an attempted intercept right on his side's try line, resulting in seven points to the Blues and a yellow to Vermaak.

The Blues took full advantage of having an extra man on the field early in the second half, scoring two tries before Vermaak returned to the field.

The home side's final try came in the 63rd minute to No.8 Hoskins Sotutu.

In total the Blues scored seven tries, with two to Reiko Ioane.

The bonus point win elevated the Blues to the top of the Super Rugby ladder on 22 points, while the Lions languish in last on the South African conference ladder.