Holders Liverpool crashed out of the Champions League in the last 16 after Atletico Madrid struck three times in extra time to earn a shock 3-2 victory at Anfield that sent them through 4-2 on aggregate. 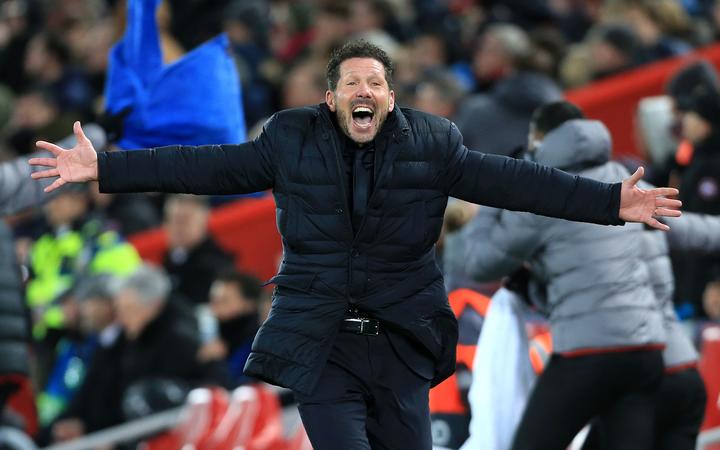 After falling 2-0 down on the night, substitute Marcos Llorente struck twice in extra time and Alvaro Morata added a late third to ensure a famous victory for Diego Simeone's side against a Liverpool team unbeaten in their last 25 home games in European competition.

Liverpool, trailing 1-0 from the first leg, broke through two minutes before halftime when Alex Oxlade-Chamberlain burst to the byline and pulled back a cross to Georginio Wijnaldum who powered an angled header into the bottom corner.

After the interval Liverpool peppered Atletico keeper Jan Oblak but the Spaniards survived and almost pulled off a last-minute shock when a header from Saul Niguez was ruled out for offside.

Liverpool took the lead in the tie four minutes into extra time with Roberto Firmino heading against the post and then driving home the loose ball.

Yet then it all went wrong for Juergen Klopp's side -- a dreadful pass out from goalkeeper Adrian straight to Joao Felix, gifted Atletico the ball and Llorente punished the Liverpool keeper for his error with a precise shot into the far corner.

Llorente then produced a carbon-copy finish as Liverpool's defence backed off following good work on the counter from Morata to end Liverpool's hopes of defending their European crown.

Morata put the icing on the cake in the final moments after a breakaway.

Paris St Germain put their Champions League last-16 traumas behind them as they beat Borussia Dortmund 2-0 to reach the quarter-finals, although no fans were in the stadium to witness the achievement.

Neymar and Juan Bernat scored before halftime to secure a 3-2 aggregate win for PSG after a game played behind closed doors due to the coronavirus, which has infected 2,281 people and killed 48 in France.

The result eased painful memories of 2017, when PSG were eliminated 6-5 on aggregate by Barcelona after letting slip a 4-0 advantage, and of last season when they lost to Manchester United on away goals after a 2-0 win at Old Trafford.

The French champions reached the last eight for the first time since 2016.