Forget post-holiday Blues, Beauden Barrett couldn't be happier to be back in his rugby boots. 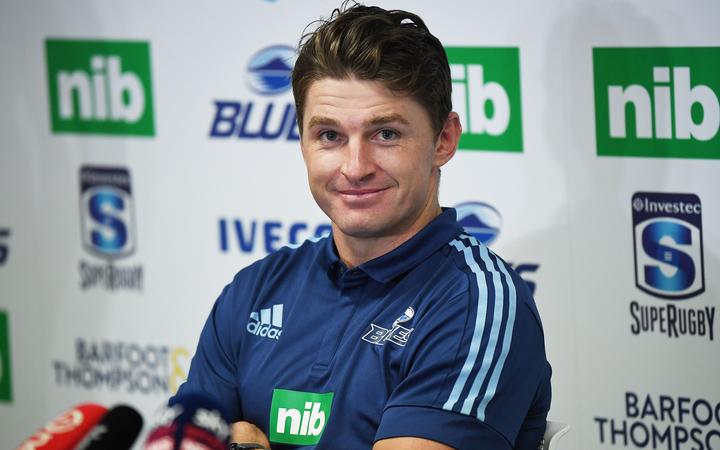 Hot on the heels of their upset win over his former team, the All Blacks star has joined his new Super Rugby side on the training paddock for the first time this week.

The return of the Blues' marquee signing and former Hurricanes No 10 from an extended break has arrived slightly earlier than some expected.

As much as he relished his post-Rugby World Cup holiday, Barrett said there was a clear moment when his mindset shifted.

"It was a really good break, until Super Rugby kicked off in round one and then my feet started to get itchy.

"I indicated to Leon that I was getting closer and closer, so we've just been in touch.

A feeling only intensified by the Blues' impressive start to the season.

Wins, though, haven't halted criticism of Barrett living it up overseas during the early rounds of the competition.

But he insisted any negative reaction has had no impact on him.

"How [others] see it is up to them, but I've really enjoyed it.

"It's been really beneficial to me and my family and I'm grateful for it, too.

"It's a unique opportunity that I feel that I worked hard for and hopefully I'll benefit from in the coming years." 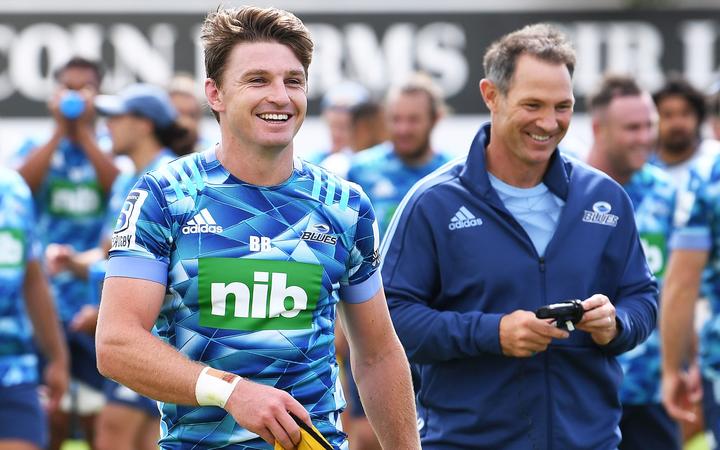 Leon MacDonald certainly wasn't holding anything against his big-name recruit.

The Blues coach has enjoyed watching Barrett tick off some bucket list items and said they're not in a rush when it comes to his return.

"You can't just jump straight into it without being physically ready.

"We want to set Beaudy up to succeed, so when he plays he's ready to go, not just chuck him in there and hope he's going to be okay.

"There's a lot of boxes to tick and we're aiming mid-April as a wide bullseye but we'll hone in on that as he starts getting into his work."

Fitness may not be the only obstacle.

New Zealand Māori first-five Otere Black has been a key figure in the Blues' good form, although MacDonald said Barrett was likely to end up in his preferred position.

"At the moment, obviously that's where we see him but rugby is a funny old game and who knows where we end up." 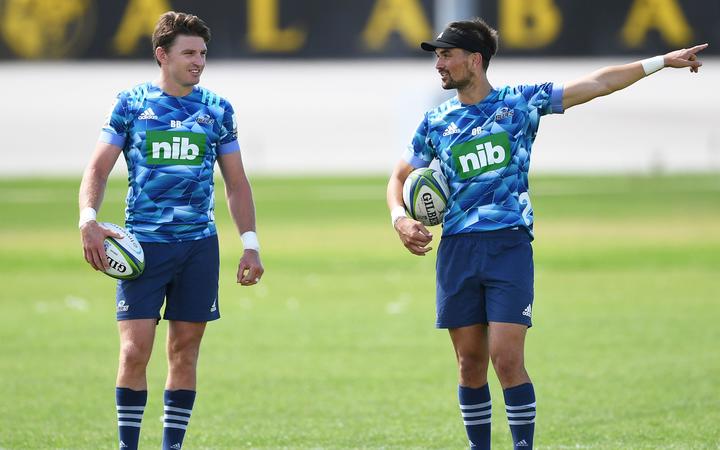 Getting the start at first-five should be less of an issue in Barrett's first post-holiday hit-out.

The two-time world player of the year is set to turn out for Taranaki club Coastal early next month.

Barrett said, assuming his brother and Coastal coach Kane picked him, he would relish the rare opportunity.

"It's been 10 years [since I played for them]. It's a club that I really love and it's where it all began.

"I think it's really important to connect with your club as much as possible and I'll be playing with my brother, Blake, too, which will be pretty fun."

After that, a Blues debut will await.

All signs point to an April 11 clash with the Hurricanes, which Barrett said would be just fine with him.

"That would be the dream, wouldn't it.