The Blues have broken their five-year losing streak against the Hurricanes winning the Super Rugby derby game 24-15 in Wellington. 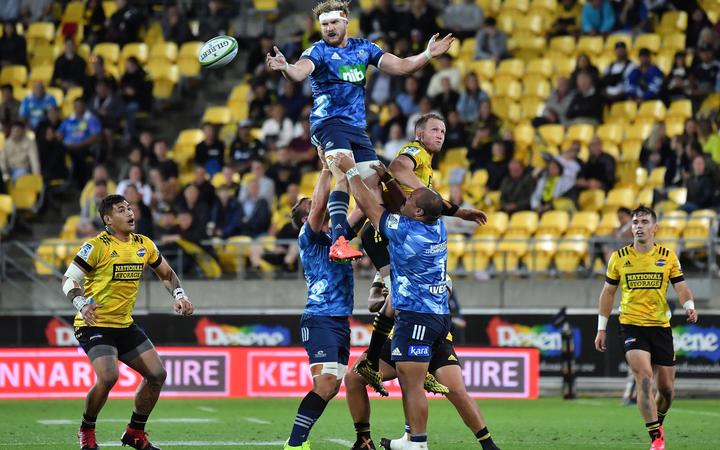 The Blues have won against the Hurricanes for the first time since 2014. Photo: PHOTOSPORT

The home side took the lead in the second minute of the game when Ben Lam scored the opening try, but their advantage was temporarily wiped out when Akira Ioane scored a try converted by Otere Black four minutes before half-time.

However a late penalty gave the Hurricanes a 8-7 lead at half-time.

In the second half ill-discipline cost the Hurricanes as they were reduced to 14 men just after half-time when Tyrell Lomax was red carded for a dangerous tackle.

The Blues' Mark Telea made the most of the visitors' advantage to score his fifth try of the season before Kobus van Wyk scored the Hurricanes second less than 10 minutes later.

However, the Hurricanes were then down to 13 men with 13 minutes remaining when Vaea Fifita got a yellow card - and the Blues were awarded a penalty try - and then were left with 12 players when seven minutes on the clock when Jordie Barrett was yellow carded.

The Blues might not want to return to Eden Park next week.

The Auckland side has now won their last four away games - equaling an away winning streak from 1997.

Saturday night's defeat of the Hurricanes broke a 25-game losing road record against New Zealand opposition which stretched back to 2013.

The Blues next game is against the Lions and the Hurricanes have another local derby against the Chiefs in Hamilton.