New Zealander Kim Cotton will become the first woman to umpire a major world cup final after being appointed to the ICC Women's T20 World Cup showpiece on Sunday night. 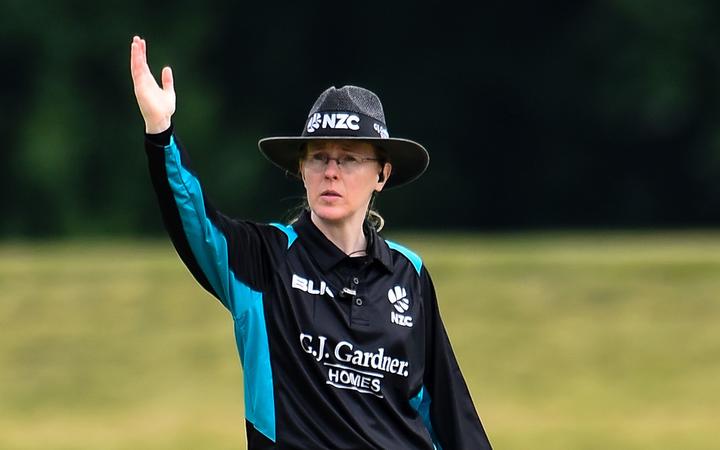 Nearly two years after making her international umpiring debut, Cotton will stand in the final between Australia and India alongside Pakistan's Ahsan Raza at the Melbourne Cricket Ground.

The final will be played in front of what is being touted as a world-record crowd for a women's sporting event.

The West Indies' Gregory Brathwaite will be the TV umpire and England's Chris Broad will be the match referee.

Cotton began umpiring men's senior cricket in Timaru a decade ago and was included in New Zealand Cricket's reserve panel in the 2016-17 season.

She made her international debut in the White Ferns T20 match against the West Indies in March 2018 and went on to umpire in the 2018 Women's T20 World Cup held in the Caribbean.

The Black Caps and the White Ferns tweeted their congratulations.

Off the field, Cotton has worked as a television umpire in both of New Zealand's domestic T20s leagues and, six weeks ago, in the third T20I between the Black Caps and India.

A lawyer by profession, the 42-year-old officiated in Australia's weather-affected semi-final against South Africa.

Tomorrow's match will be her fifth of the tournament.