Cameron Brown remains one of the favourites to take out this year's Ironman New Zealand title, 23 years after competing in his first event. 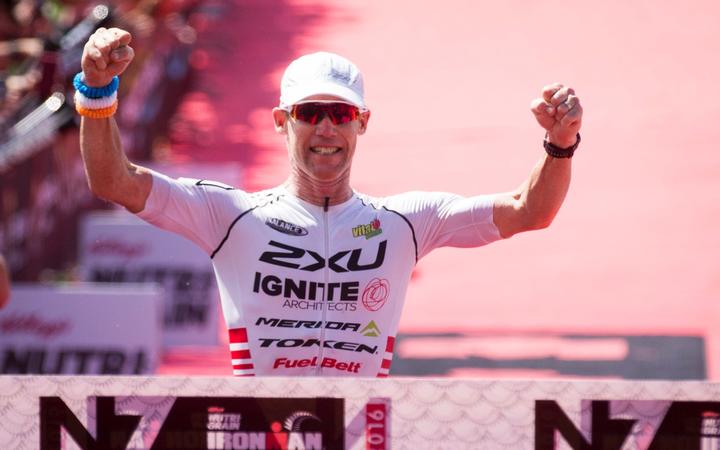 Brown, 47, will line up once again hoping to add to the 12 titles he's already won.

He competed in his first triathlon in 1987 and tried his hand at the shorter distance in a hope to get to an Olympics, it never eventuated so instead he went for the 3.86km swim, the 180km bike and the 42.2km run.

Brown never looked back, he competed in his first Ironman in Auckland in 1997, falling in love with it straight away.

"Ever since I left school it's been my full-time job which is pretty cool."

However, age is catching up with Brown, injury forced him out of last year's race and he's had his issues over the summer.

"The body is breaking down, I broke down plenty of times last year with a few calf injuries, so just trying to manage them and look after them.

"As I get older and you think you're still in your twenties but keeping those injuries at bay is very very important now.

"I've just come off a seven week disruption with a calf injury but things are going well now, it's when I stop training I tend to tighten up and get injured so the idea is to keep the body moving and keep it flexible and so it's hard when you love it so much and you keep pushing yourself," he said. 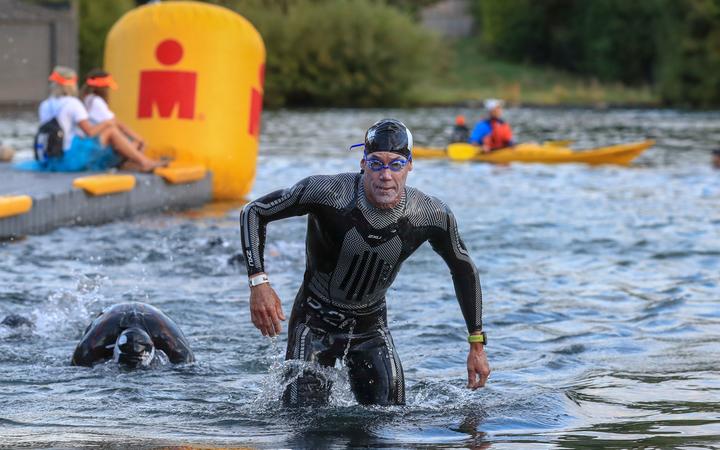 Brown had a golden run in the Taupō event, he owned it for a while, winning 10 times in 11 years.

He's been European Ironman Champion while he's finished second twice and third twice at the World Championships in Hawaii.

Brown has no plans on giving up and says he'll be doing another northern hemisphere season this year and still has a couple of events on his bucket list including Ironman Canada which he intends to do for the first time later this year.

So why does he remain at the top of his game? He feels the Ironman allows older athletes to be competitive.

"Definitely, I think as a sport we mature in our thirties, I'm probably the odd one out, I'm still going well in my late forties."

"I think it's just a passion for the sport, trying to push the body still and every year you keep raising the bar as other athletes are pushing the boundaries so you keep pushing it also."

After the disappointment of failing to finish last year, Brown is motivated to do well this weekend and that means winning.

"Definitely, probably a bit more luck on my side as I'm up against thirty year olds, so if they fall apart then hopefully I can come through, being nearly 48 makes it more and more difficult every year but I'm always up for a challenge."

Brown excels on the run and has often relied on the last leg to chase down his opponents and he feels that will be one of his strengths again this weekend.

"I've been a little hindered, I've only had five or six weeks build-up to this race because of the calf injury which took a lot longer to get over than I anticipated but the run has really come up the last few weeks and I'm really excited about that and hopefully I've done enough to make it as strong as I can." 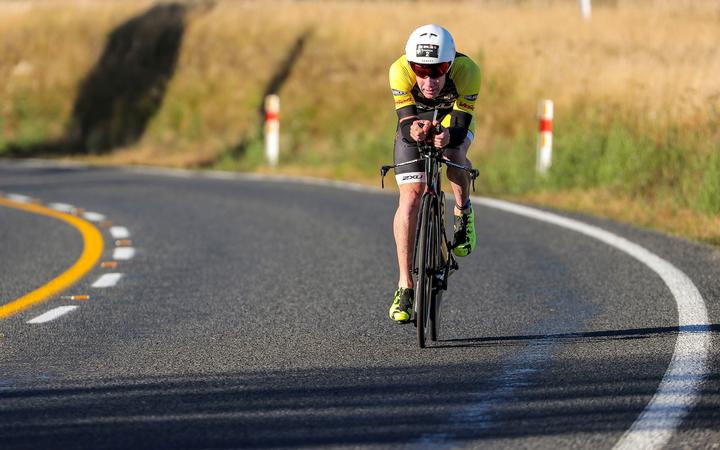 He'll have plenty of competition once again with New Zealanders Mike Phillips, Braden Currie and Joe Skipper of Britain leading another stellar field, while American Jocelyn McCauley and Meredith Kessler do battle with New Zealander Teresa Adam in the women's race.

However, outside the pros there are another 1300 doing for pleasure, if you can call it that.

Many of them are doing it for the first time, attempting to tick off a bucket list item.

Brown loves being a part of a much bigger event.

"It's great, it's one of those sports where professionals and amateurs compete on the same course at the same time, we're out there for eight hours but some people are out there for 17 hours and you see them on the course and a lot of them inspire you to keep pushing as well."

"It's not just the three o'clock finishers, there's still massive crowds at one o'clock in the morning watching those people finish as well.

Almost 1400 will be taking part in Ironman this weekend with the youngest being 20 and the oldest 80.

There are also just over a thousand people taking part in the 70.3 half Ironman event.

But keep an eye out for Cameron Brown somewhere around Taupō on saturday, he's likely to be somewhere near the front.