Golfers from 18 countries - including for the first time a woman - will contest the 101st New Zealand Open starting today near Queenstown. 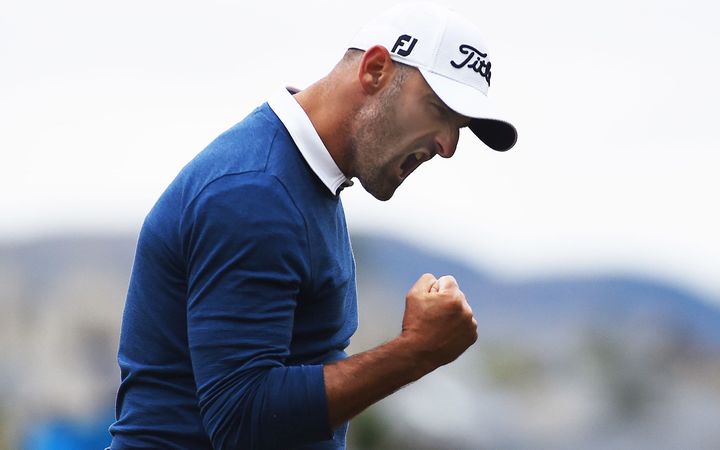 But it is the New Zealanders who are motivated to win their home tournament.

Michael Hendry, the last New Zealander to win the title in 2017 has his sights fixed on victory that would leave him in a lofty place in the sport as a double winner of the New Zealand Open and the NZPGA.

"I am coming into this tournament playing better than I have over the last few years," Hendry said.

"That does not guarantee a good week - week to week form changes.

"I am doing everything I need to do to give myself a chance - and I hope I can continue that and come Sunday afternoon have a putt for the trophy. That would be nice."

Whereas, 24-year-old Hamiltonian Denzel Ieremia would love nothing more than to begin his second year as a fledgling professional by winning his national Open.

Ieremia returns to Queenstown 12 months after his debut as a new professional.

In the last year the Iowa State University college star has recorded five top-10 finishes on the PGA Tour of Australasia, a fourth placing on the Asian and Japan Golf Tours and two top-25 finishes on the Korn Ferry Tour. 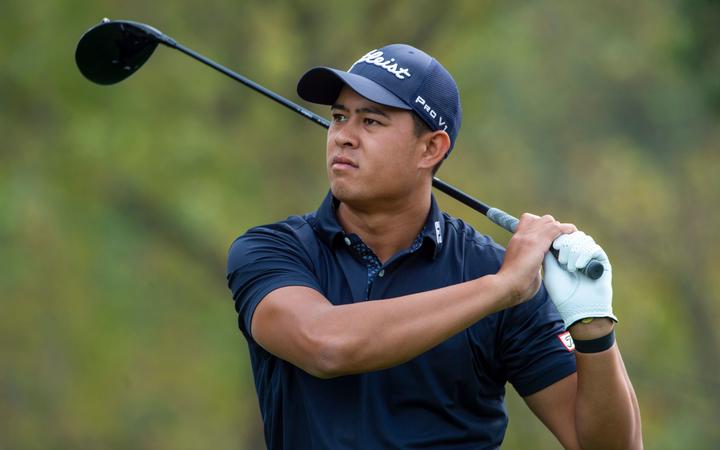 Denzel Ieremia will compete at the New Zealand Open for a second time. Photo: PHOTOSPORT

"My form is good. I've been playing nicely for the last six or seven months and I've been learning something every week.

Hopefully I'll do the same this week," Ieremia said.

Ieremia will have to overcome the challenges that the Millbrook Resort and The Hills golf courses present.

"I think Millbrook suits me a little more than The Hills," he said.

"At The Hills you've kind of got to plod it around a little bit more and do your scoring with your irons whereas Millbrook I can get a few more drivers in my hand and take advantage of my length so I'll look to do that this week."

Hendry and Ieremia are among 26 New Zealanders in the 156-strong professional field.

The professional field will play the first two rounds alternately at Millbrook Resort and The Hills on Thursday and Friday before the second round cut of 60 plus ties. The final two rounds will be played at Millbrook. 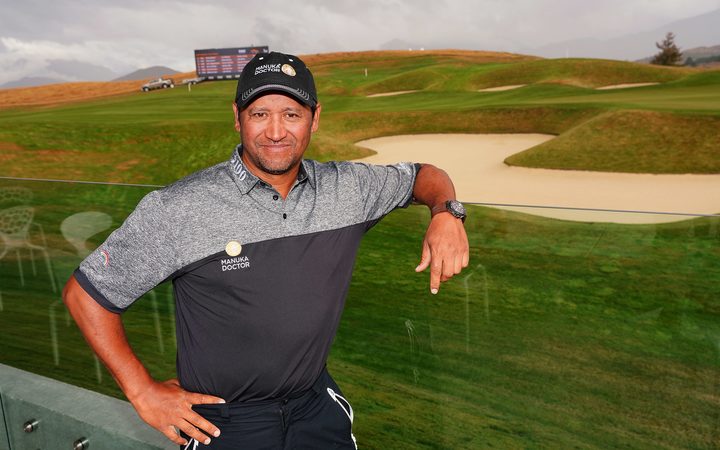 Michael Campbell is back at the New Zealand Open for another tilt at the title. Photo: Photosport

US Open winners New Zealander Michael Campbell and Australian Geoff Ogilvy are in the field along with The Players Championship winner KJ Choi who returns for a third straight year.

Campbell, who headed Tiger Woods by two shots at Pinehurst in 2005 to secure a place in golfing history, returned to golf last year.

The 2000 New Zealand Open champion has joined the European Seniors Staysure Tour, with a best performance a share of second place in the PGA Seniors Championship last year.

Ogilvy won 12 times as a professional including eight on the PGA Tour, and claimed the US Open crown in 2006, reaching number four in the world rankings.

While he played in the New Zealand Open as a young professional, he ventured back last year for his first visit to Queenstown after closing a long chapter of golfing life based in the United States.

Choi, Asia's most successful golfer, has won 29 times over 25 years as a professional and claimed a top-20 finish last year. 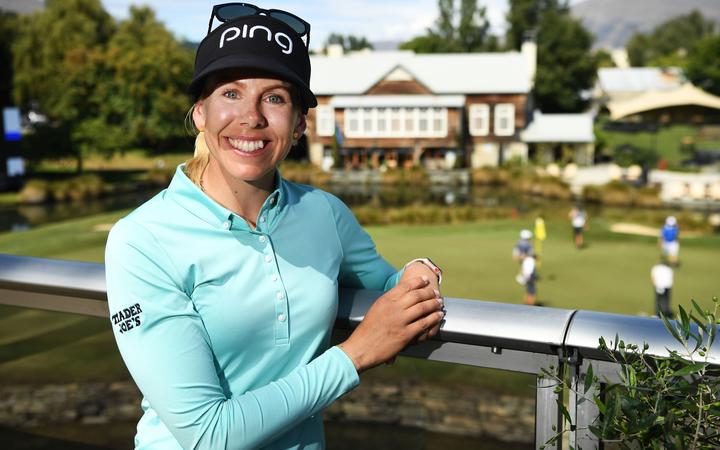 The 2018 ANA Inspiration winner and Rio Olympian has been a regular on the LPGA and the Ladies European Tour for more than a decade after a top college career at Oklahoma State.

The 33-year-old comes to New Zealand after the LPGA Tour's Blue Bay tournament in China was cancelled, as well as events in Thailand and Singapore, leaving a gap in the women's schedule.

Lindberg competed in the New Zealand Women's Open a decade ago and jumped at the opportunity to compete in New Zealand again.

"My goal this week is to enjoy this opportunity and have fun. It is very hard to compete against the guys. I am just going to soak in the atmosphere, my playing partners and fun to see what I can do with my game."

The major golfing challenge is the length of the par 4s, with Lindberg to play from the same tees as the men.

"In my head I will need to change the par on a few (holes) on the scorecard that are almost too long for me, so walking away with a four on those holes will feel like a birdie for me."

Tournament director Michael Glading said: "We live in an age that is now more open than ever to new ideas and innovation,"

"The fact that Pernilla is happy to come and compete in what is traditionally a men's event, makes this a very special addition to the tournament."

The winner of this year's New Zealand Maori Championship, amateur golfer Owen Lloyd, becomes the first player to receive a special invite to join the Open field as part of an ongoing partnership between New Zealand Golf and the New Zealand Maori Golf Association.

Lloyd said it was an honour to be included in the tournament.

"Having a spot in the New Zealand Open means a lot for Maori Golf. Hopefully this means we get a few more young Maori golfers coming to more of our events now that there's an extra carrot on the line for our national championship," Lloyd said.

"I'm hopeful this will help grow the sport in our culture which is great for golf in our country."

The 101st New Zealand Open, carries a prize purse of $1.4million and is a co-sanctioned event with the PGA Tour of Australasia and the Asian Tour, and in partnership with the Japan Golf Tour.