Latest - Southern hemisphere rugby officials are in "advanced discussions" on the future of Super Rugby matches in Japan due to the coronavirus outbreak. 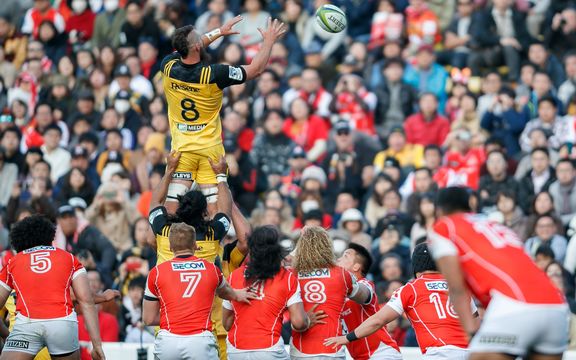 The future of Sunwolves matches in Japan is in limbo due to coronavirus. Photo: PHOTOSPORT

Japan's government asked on Wednesday for all sports and cultural events in the country to be scrapped or curtailed for the next two weeks due to the outbreak.

The directive has postponded the 8 March clash in Osaka between the Japan-based Sunwolves and Australia's ACT Brumbies, with future fixtures also under discussion, governing body SANZAAR said in a statement on Thursday.

"Advanced discussions have been held to adequately address this recent announcement by the Japanese government," the organisation said.

The Sunwolves play their home games in Japan and Singapore but are currently in New Zealand for a match against the Wellington Hurricanes in Napier on Saturday.

No-one involved with the Sunwolves had tested positive for the flu-like virus, SANZAAR said. Players and officials with the team are undergoing daily testing.

New Zealand to ride for gold

The New Zealand men's pursuit team are into tomorrow's gold medal ride at the Track Cycling World Championships in Berlin. 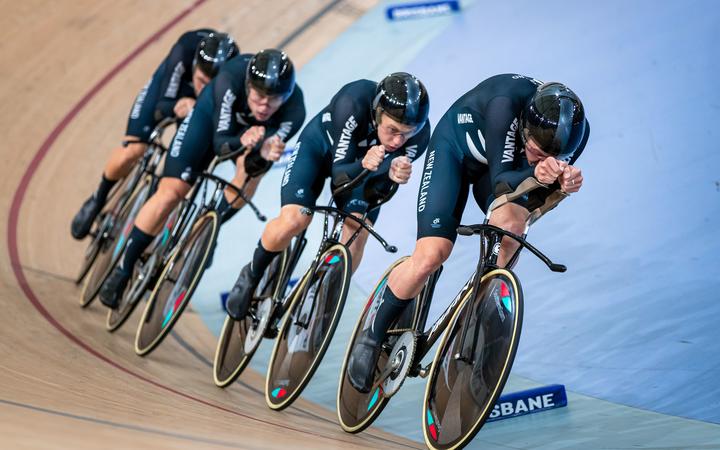 The quartet of Regan Gough, Campbell Stewart, Aaron Gate and Kerby came from behind to beat France in the first round heats to advance to the final.

They'll face Denmark for gold, with the Danes setting a world record in their heat win.

Australia and Italy will ride off for bronze.

The New Zealand women's pursuit team advanced to tomorrow's first round heat against the United States after finishing fourth fastest in qualifying.

The winner of that race will progress to the gold medal ride with the loser needing a fast time to reach the bronze medal race.

The men's and women's sprint teams failed to qualify for the medal round.

Maria Sharapova, the Russian five-time Grand Slam champion who became one of the highest paid sportswomen in the world, has announced her retirement at the age of 32. 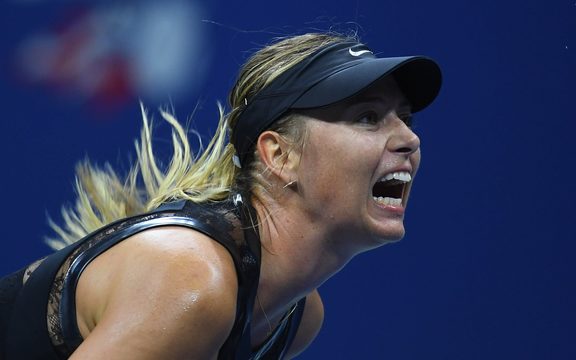 Siberia-born Sharapova, whose Wimbledon victory over Serena Williams in 2004, aged 17, propelled her to superstardom and riches, broke the news in an article for magazine Vanity Fair.

"I'm new to this, so please forgive me. Tennis -- I'm saying goodbye," Sharapova, who gave tennis the ultimate rags to riches story after moving with her father Yuri to train in Florida, aged six, wrote in the article.

Her decision is hardly a major surprise as she has struggled with injuries and poor form since returning from a 15-month drugs ban in 2017, the result of testing positive for heart drug meldonium at the 2016 Australian Open.

The former world number has played only two matches this year, losing in the first round of the Australian Open, with her ranking sliding to 373.

Sharapova, whose trademarks were her ferocious intensity and pounding groundstrokes, completed her career Grand Slam when she won the French Open in 2010. She also won the Roland Garros title again in 2014, her last Grand Slam crown.

She became the first Russian woman to reach number one in the rankings in 2005 and claimed the U.S. Open title in 2006. She also won the Australian Open in 2008.

Boxing New Zealand is working to get their nine-person team into Jordan earlier than planned ahead of next week's Olympic qualifying tournament. 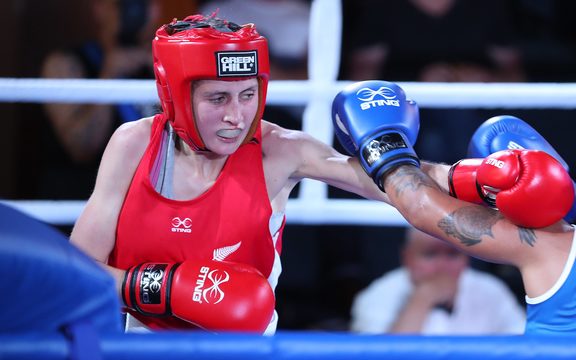 The team is training in Italy, where the coronavirus is spreading, and they want to move before any borders are completely closed.

They were scheduled to arrive in Jordan this weekend.

The Asia-Oceania Olympic qualifying tournament was originally scheduled for China earlier this month, but was postponed because of the virus.

12 people have so far died in Italy.

A Boxing New Zealand official says they're currently working with the Jordanian Olympic Committee to get the team to Amman as early as possible.

Ferrari off the pace again

Ferrari warned again that they expected to be playing catch-up to champions Mercedes from the first race of the season as Formula One testing started its final week in Spain. 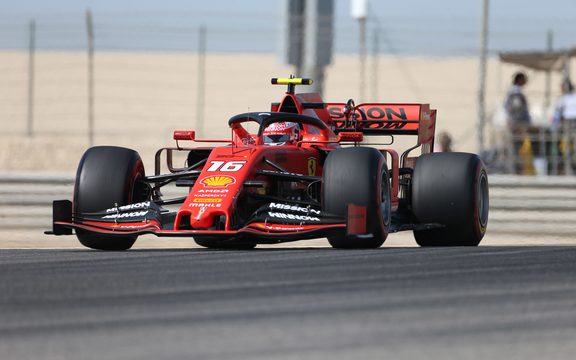 "We believe we are not the fastest car at the moment and we believe on lap time we will be behind at the start of the season," team principal Mattia Binotto said.

Alfa Romeo reserve Robert Kubica, who raced for struggling Williams last year, topped the day's timesheets in the Ferrari-powered car and on the softest C5 tyres.

Ferrari's Sebastian Vettel was only 10th fastest overall, but did 84 laps, while team mate Charles Leclerc was 13th and completed 80 laps.

A 120-run opening wicket partnership between captain Aaron Finch and David Warner laid the platform for an emphatic 97-run victory for Australia over South Africa in Cape Town to win the Twenty20 series 2-1.

Australia were put into bat and made the most of a dry surface as they scored 193 for five before bowling out their hosts for 96.

It secured a 2-1 series triumph for the touring side who will host the T20 World Cup later this year.

Australia spinner Adam Zampa took two wickets and two difficult catches as South Africa faltered early in their run chase and were bowled out in the 16th over.

Indian captain Virat Kohli has dropped from the top of the Test cricket batting rankings after his disappointing performance in the first Test against New Zealand. 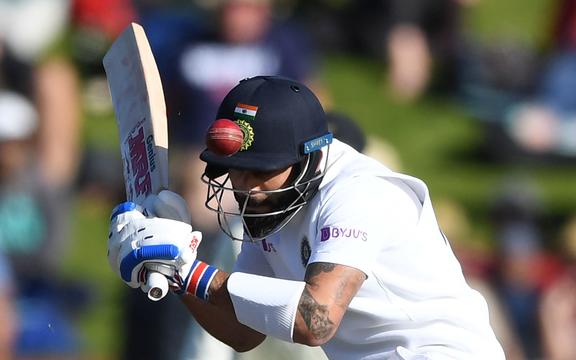 Kane Williamson remains number three, while Ross Taylor is up three to 13.

The New Zealand squash player Paul Coll has been beaten in the final of the Canadian Open in Toronto.

In November Momem ranked third in the world beat the New Zealander for the world champs title in Doha, Qatar and again was the strongest in this latest final.

For Coll it was his third runner-up finish at the tournament and second in consecutive years after a loss to Diego Elias (Peru) in 2019.

Next up for Coll is the Windy City Open in Chicago later this week where he has bye in the first round.

Sri Lanka have beaten the West Indies by 161 runs in the second one day international at Hambantota.

Sri Lanka made 345 for 8 with Avishka Fernando and Kusal Mendis both scoring centuries.

The Windies were then bowled out for 184 in the 40th over.

The homeside now leads the three match series 2-0 with the final game in Kandy on Sunday.

England captain Heather Knight smashed the first hundred of the Women's Twenty20 World Cup to fashion their comprehensive 98-run win against Thailand in a Group B match.

Knight smashed 108 not out and forged a 169-run stand with Natalie Sciver to help England overcome a horror start and post 176-2, the highest total in this year's tournament so far, at Canberra's Manuka Oval.

England then returned to restrict Thailand to 78-7 and bounce back from Sunday's loss to South Africa with the biggest victory, in terms of runs, in the tournament's history.

In the other match, Pakistan upset West Indies by eight wickets, completing a chase with 10 balls to spare after restricting the former champions to 124-7.

Nick Kyrgios has accused the Mexican Open crowd of "disrespect" after being jeered following his retirement against Frenchman Ugo Humbert due to a left wrist injury.

The Australian had delighted fans with some superb tennis en route to the title in Mexico last year but it was a different story when he was forced to quit the first-round clash after losing the opening set 6-3.

The 24-year-old, who was on court for only 32 minutes, later vented his anger in an expletive-laden news conference.

"I've been doing media for the tournament, been helping out. I tried to give the fans a little bit of tennis. And their disrespect?"

Kyrgios, placed on probation by the governing body of men's tennis over his behaviour last year, had shown a different side to his character in the lead up to this year's Australian Open.

Tyson Fury's promoter Frank Warren wants the new WBC heavyweight champion to fight fellow Brit Anthony Joshua next in a world title unification bout but says Deontay Wilder will first have to be persuaded to forgo an immediate rematch.

Fury claimed the WBC title in Las Vegas at the weekend with a seventh-round stoppage of Wilder, who fought the Briton to a split-decision draw in their first meeting in December 2018.

Wilder told The Athletic this week that he would exercise his option of a third fight but Warren said he does not want to delay a mouth-watering match-up with Joshua, who holds the WBA, IBF, WBO and IBO belts.

"I prefer to go straight to Joshua but that's the contract," Warren told the BBC. "If he insists on the fight, we're locked into it.

Joshua's promoter Eddie Hearn had said a fight with Fury "will happen" and could be the biggest in the history of the sport.

Joshua is set to face mandatory IBF challenger Kubrat Pulev of Bulgaria next with talks ongoing for a bout in June.

Paceman Jhye Richardson, coming back from a serious shoulder injury, missed out on the 14-man squad but will remain with the Australia camp for upcoming ODIs against South Africa.

"We are very fortunate to have such a deep pool of fast bowlers," selector Trevor Hohns said in a statement.

"Jhye has earnt his place after the hard work he has done to get back into his best form after serious injury.

"Keeping him in South Africa with the one-day squad gives us another exceptional fast bowler who is ready to go."

Australia play South Africa in the third Twenty20 match at Cape Town later on Wednesday before the first of three ODIs against the Proteas from Feb. 29.

Aaron Finch's team then head home for the three-match ODI series against New Zealand starting in Sydney on March 13.

LeBron James scored a season-high 40 points, and the Los Angeles Lakers dropped the visiting New Orleans Pelicans 118-109 in the NBA.

Anthony Davis had 21 points, 14 rebounds and six blocks for the Lakers, who won their sixth in a row. Danny Green contributed 17 points while Kentavious Caldwell-Pope added 15 points. James also had eight rebounds and six assists.

Brandon Ingram, who was among the Lakers dealt in the trade for Davis, had 34 points and seven rebounds for the Pelicans, who are 0-3 against the Lakers this season.

Rookie sensation Zion Williamson, in his first contest against the Lakers, finished with 29 points and six boards. Jrue Holiday had 11 points, nine assists and five rebounds for New Orleans.