New Zealand golfer Michael Campbell is unhappy with how the professional game has developed and is calling for change ahead of the New Zealand Open which begins tomorrow near Queenstown.

Campbell laments that some of the skill has gone from the game saying the short game of younger players isn't as sharp as they rely on distance.

"I'd rather see the ball maybe played or even the clubs themselves, played a little bit harder so you need more skills," he said.

"The skill set's a little bit different now. I noticed as well that the 25, 26-year-olds, their short game isn't as sharp as it should be because they rely on their distance."

The Spain-based 2005 US Open champion said the length hit by younger players has made him realise he cannot foot it on anything other than the seniors tours. 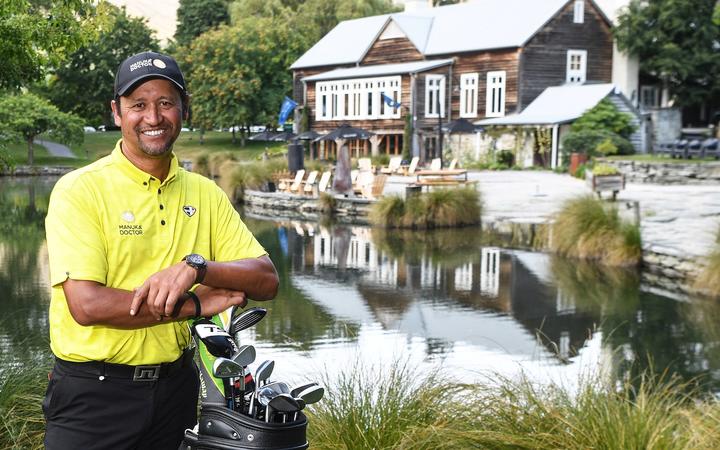 "I feel that it's lost its creativity, imagination, because the ball doesn't move as much and all they do now these days, these kids, they just bomb it and swing the club as hard as they can and find it. We've seen the huge transformation, the big jump in how the game is played now."

"Golf's footprint doesn't need to get bigger. It doesn't make sense to have a golf course on 400 acres when you can have a perfectly good one on 300 acres," said Ogilvy.

"There are multiple guys who fly it 330 yards now and that wasn't reality 20 years ago and 20 years before that it was shorter again. In 50 years time if you follow the distance curve, golf holes will need to be 800 yards long. That does not make a lot of sense."

Meanwhile Campbell said he is in good shape but lacking competition play after he was unable to secure regular starts on the seniors tour, particularly in the United States.

"I'm down to 90kgs which is what I was when I was playing which is nice. The only thing that's lacking really is a bit of match practice. I haven't played since November, so once again coming into this tournament not expecting too much."