Claiming a world championship title is a major prize for New Zealand cyclists, but at this week's World Track Championships in Berlin, gaining Olympic qualification is just as important.

The major goal for the New Zealand team is to secure a place in each of the six track events for Tokyo. 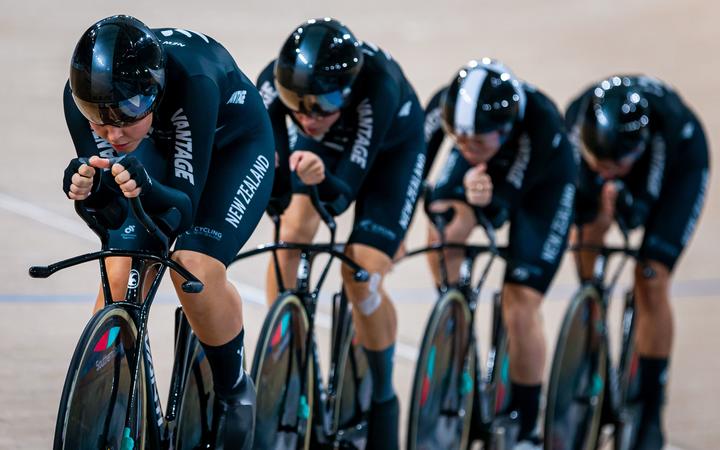 For those with high world rankings, there may be other important goals, while for some top performances in Berlin are required to secure Olympic ambitions.

The endurance teams lead the way in the all-important team pursuit where the women are ranked second in the world and the men fifth after outstanding displays over the summer.

The men are additionally ranked top in the world in the other two Olympic events, the omnium and the madison, while the women are further down the order.

The women were buoyed by their national record of 4:10.705, just a whisker outside the world record, on the way to victory in the UCI World Cup at Cambridge in December.

"We are not putting too much pressure on ourselves. We will train through this event and not have to peak twice, rather than peaking for the world championships and peaking again for the Olympics later on," said Bryony Botha.

"We almost broke the world record which was exciting but we wanted to keep pushing and pushing to get faster and stronger. We want to do well this week but with the knowledge that we have got another gear to step up to for Tokyo."

Omnium world champion Campbell Stewart is confident of a strong showing from the overall team, and excited by the challenge of a busy schedule that will involve all three events.

"It is hard to do all three but once you are fit you are able to recover well each day. That is why I have been putting in a lot of effort out on the road, putting the kms in and getting the fitness levels up," said Stewart.

Like the women, the men's team pursuit, which utilised a mix and match selection in the three world cups over the summer, set a national record 3:48.244 in Brisbane which was only 0.2s off the world record.

"We went really well at the world cups but since then everyone seems to have lifted to another level. We know that collectively there is more in the bank to produce an even better series of rides.

"We have a whole team who are good. You will be surprised how we will all go at these championships."

The new women's team sprint combination of Olivia Podmore at first wheel and Natasha Hansen won the Cambridge World Cup in a national record 32.794s, a time that would have placed them in the top four at last year's world championships. 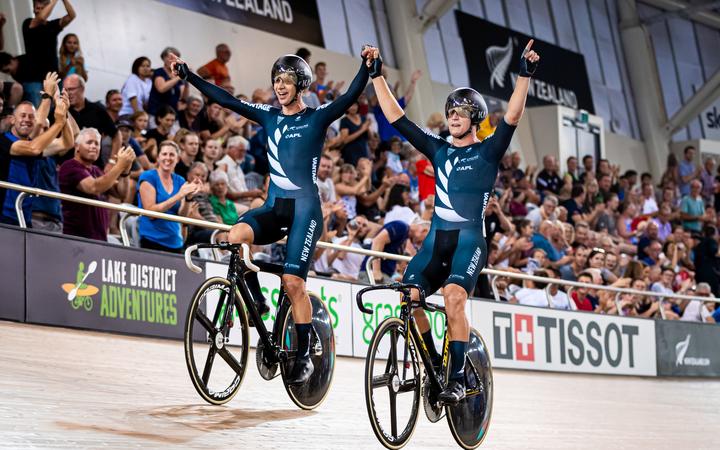 There will be further focus on the three-time world champion men's team sprint, who are hoping to secure their Tokyo Olympic spots in the team sprint and the individual sprint and keirin competitions.

The confidence comes from their fastest-ever time set in winning the Oceania title in Invercargill in October.

"We have a bunch of goals for the world championships and the first and most important is to secure the Olympic qualification and from there it is about executing the race plan that we want to do and hit the times we feel we are truly capable of," said Sam Webster.

The competition begins on Thursday for the New Zealand team with qualifying for the team pursuit and team sprint. The men's team pursuit have the first round in the eventing with medal races on Friday, while the women have first round and finals on Friday.

The team sprint works through qualifying, where the top eight teams qualify through to the first round which will determine the four teams to contest for the medals.