Heading the ball in training sessions has been outlawed for primary school children under the age of 12 in England, Scotland and Northern Ireland as part of the Football Association's updated "heading guidance" for the game. 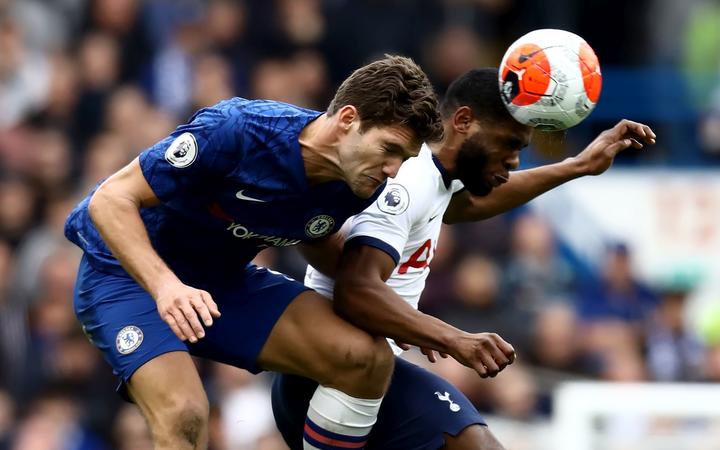 Is there a link between heading the ball in football and dementia later in life? Photo: Photosport

The English, Northern Irish and Scottish Football Associations said in a statement that they are also set to use a "graduated approach" to headers for 12 to 16-year-olds at grassroots level with immediate effect.

The FA said the new guidelines will take effect immediately but it will not recommend an end to headers during youth matches.

"This updated heading guidance is an evolution of our current guidelines and will help coaches and teachers to reduce and remove repetitive and unnecessary heading from youth football," FA chief executive officer Mark Bullingham said.

"Our research has shown that heading is rare in youth football matches, so this guidance is a responsible development to our grassroots coaching without impacting the enjoyment that children of all ages take from playing the game."

The FIELD study did not state that heading a ball was the reason behind the increased prevalence of degenerative neurocognitive disease among footballers but the FA said the decision was taken to mitigate any potential risks.

Dr Carol Routledge, director of research at Alzheimer's Research UK, welcomed the new guidelines but said the sport's governing bodies must go further to find any potential links between football and dementia.

"While we don't yet know the cause or causes of this increased risk, limiting unnecessary heading in children's football is a practical step that minimises possible risks, ensuring that football remains as safe as possible in all forms.

"We need to see more research in order to unpick any link between football and dementia risk but until we know more, making sure the nation's best loved game is played as safely as possible is a sensible approach."