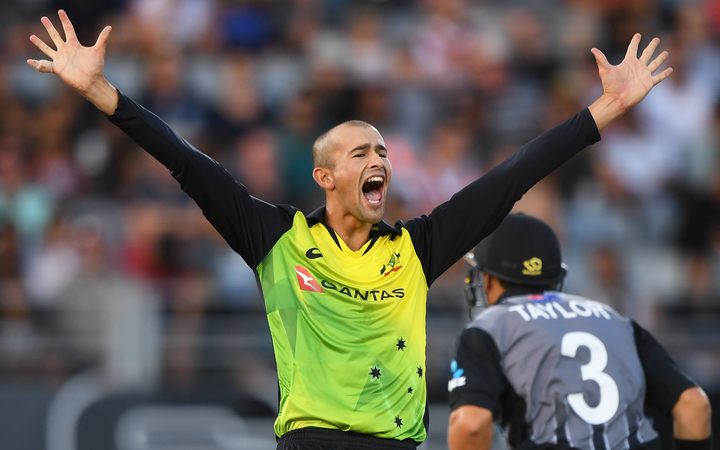 An 80-run second wicket partnership between Aaron Finch and Steve Smith helped guide Australia to 196 for six after they were sent into bat by the Proteas.

South Africa's run chase never got going and was all but ended when Agar dismissed Faf du Plessis, Andile Phehlukwayo and Dale Steyn from successive deliveries in the eighth over.

He finished with figures of five for 24 from his four overs.

Ashton Agar is the second man to claim a Twenty20 international hat-trick for Australia.

Leg-spinner Poonam Yadav bamboozled Australia as India opened the seventh edition of the Women's Twenty20 World Cup with a stunning upset of the reigning champions and tournament hosts by 17 runs at Sydney Showground. 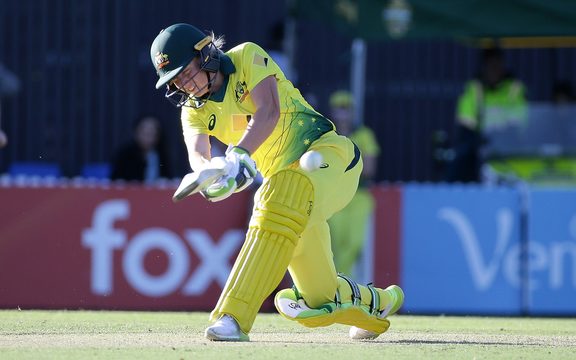 Australia restricted India to 132 for four and looked on course to run down their victory target when a half century from Alyssa Healy got them nearly halfway there.

But Yadav (4-19) removed the opener right after she reached the milestone and then, roared on by a crowd of 13,432 overwhelmingly backing the visitors, wreaked havoc with a string of "wrong'un" deliveries that the Australians were unable to pick.

"We were just looking for 140 and then let our bowlers win the game and that's what happened. Our team is looking very nice and if we do well in this tournament we will definitely win this World Cup."

The top two teams in each of the two groups go through to the semi-finals on 5 March, three days before the final at the Melbourne Cricket Ground.

The twice world champion set the mark with her final jump, adding seven centimetres to Russian Tatyana Lebedeva's record which had stood since 2004.

The mark is the second longest women's triple jump ever, exceeded only by Inessa Kravets's outdoor world record of 15.50m which the Ukrainian set in 1995.

Rojas, the Olympic silver medallist, broke her South American indoor record with a leap of 15.29m on her fourth attempt and then, after her third foul of the competition, eclipsed the long-standing world record.

Ethiopia's Ababel Yeshaneh has smashed the half marathon world record by 20 seconds to win the Ras Al Khaimah (RAK) event in the United Arab Emirates.

Yeshaneh crossed the finish line in one hour, four minutes and 31 seconds at the World Athletics Gold Label road race, eclipsing the previous record of 1:04:51 set by Kenyan Joyciline Jepkosgei in Valencia in 2017.

Both Yeshaneh and Kosgei were wearing a version of Nike's Vaporfly shoes, which have featured in several other track and road records in the last three years.

Some earlier models of the shoe were banned by World Athletics last month, but the latest one launched by Nike complies with the rules to limit carbon plate usage and sole thickness for elite races.

Prendergast gets one over her pairs partner 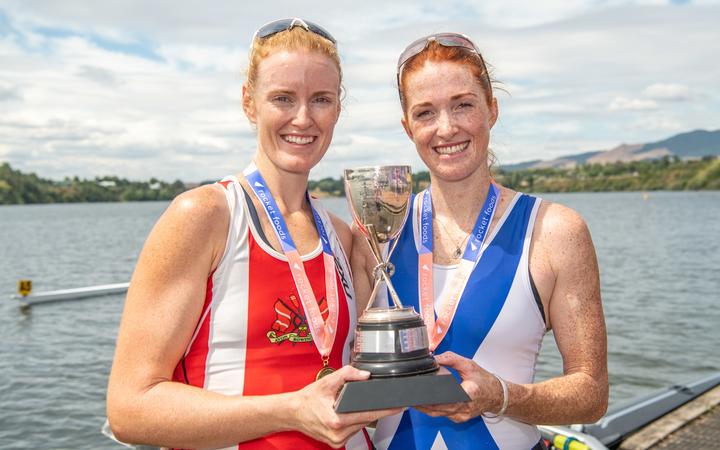 Prendergast and Emma Dyke have beaten Gowler and Beth Ross by just five one-hundredths of a second in the premier women's pairs final.

Jackie Gowler and Ella Greenslade have finished a distant third.

Drug testing to resume in China

The China Anti-Doping Agency (CHINADA) will resume drug testing following a temporary suspension due to the coronavirus.

Drug testing programmes on mainland China were halted on 3 February following the outbreak of the virus which has killed more than 2000 people in China and infected thousands globally.

The World Anti-Doping Agency (WADA) said drug testing would resume this week on a "phased basis" with priority given to testing elite level athletes from higher-risk categories and sports.

With the coronavirus outbreak still not contained, WADA said CHINADA had implemented a supplementary set of guidelines to minimise the risk of infection for doping control officers.

WADA emphasised that while CHINADA operations were suspended testing on Chinese athletes training and competing outside their country continued with more than 1200 tests conducted.

Champions Mercedes ended Formula One's first pre-season test with by far the quickest lap time while Ferrari suffered an engine problem and worried about their pace.

Valtteri Bottas, whose team mate Lewis Hamilton is aiming to equal Michael Schumacher's record seven titles, led the way with a lap of the Circuit de Catalunya only just slower than the all-time track record.

The Finn's time of one minute 15.732 in the morning compared to the record of 1:15.406 he set in qualifying for last year's Spanish Grand Prix.

Ferrari's Sebastian Vettel was ninth of the 10 drivers on track in the morning, although teams were running on different fuel levels, but stopped with engine trouble two and a half hours into the session with 40 laps done.

Ferrari said the engine problem would be investigated back at the Maranello factory. A new engine was fitted for the afternoon session and Vettel ended with 100 laps.

The teams will test again at the Spanish circuit for three days next week before the season starts in Melbourne, Australia, on 15 March.