Hundreds of loyal UFC fans gathered at Auckland's Aotea Square on Thursday evening to support their favourite fighters ahead of the big UFC fight night on Sunday. 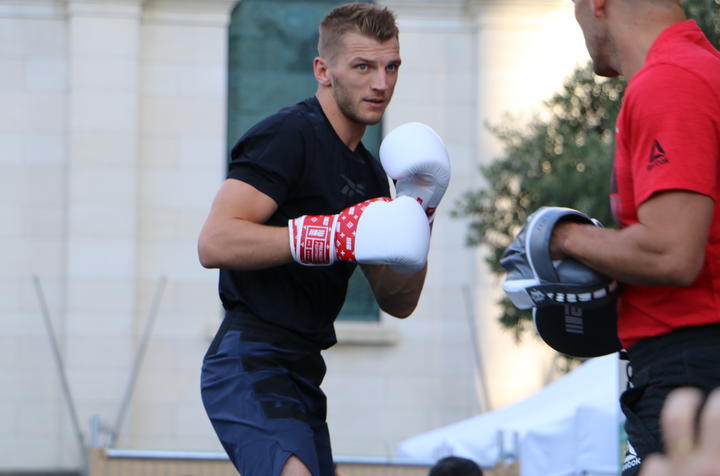 The UFC Open Workouts featured fighters from New Zealand, Australia and America sparring and meeting fans in a free event open to the general public. 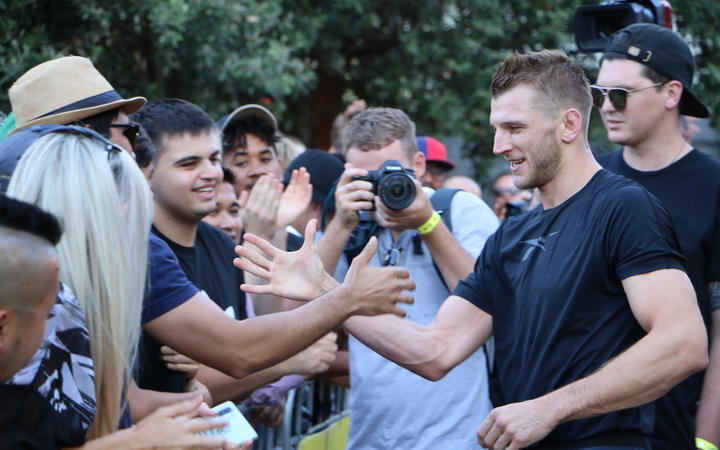 Despite the heat and humidity, young fans, families, school kids and curious bystanders alike attended, huddling to the front of the stage to catch a glimpse of the fighters showing off their skills.

Mother of two, Senna Falemaka, picked her kids up from school early to beat the traffic and get to town on time.

The two-hour wait was well worth it for the family of four, after flyweight Kai Kara-France walked off stage to hand his signed gloves to seven-year-old Justus and five-year-old Josias Sao-Mafiti.

"This is the closest we could get to UFC. I'm happy my boys got something. Justus loves Kai as well so that was perfect." 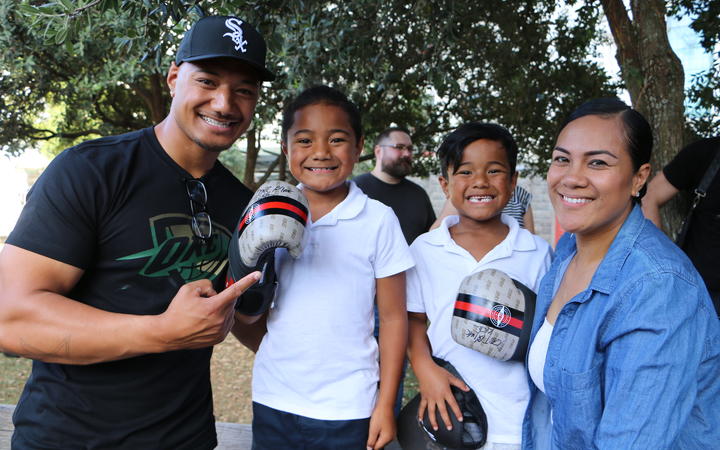 The boys' father, Daya Sao-Mafiti, couldn't contain his excitement, beaming with pride at his sons.

"It's my birthday! My sons are future combat fighters … so seeing my kids happy, it really made my day."

Another father, Jamie Purnell, brought his son Alexander along for an up-close and personal experience with the fighters.

"We're gonna be watching UFC on Sunday and you get to see it on TV all the time but you don't always get the run in with the open workouts."

"We'll be going to the weigh-ins as well on Saturday. We wanna see the whole process, we wanna see how fit these guys are."

Brazilian international Susan Evangelista showed up on her own to support Dan 'The Hangman' Hooker.

She said she liked the sport and had been a fan since living in Brazil.

The crowd had phones and cameras out ready for the main card fighter Dan Hooker to take the spotlight.

Mount Roskill Grammar students Mouhaab, Khalil and Andre rushed to town on the bus, desperate not to miss 'The Hangman'.

"We knew it was gonna be crazy and we enjoy watching UFC," Mouhaab said. 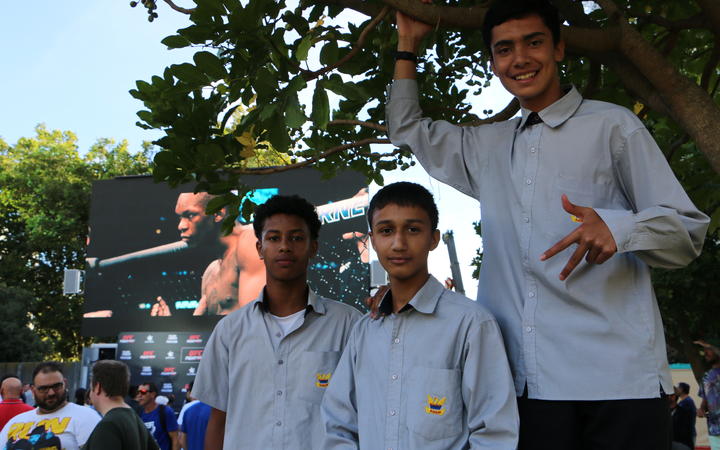 Tradesman Nathan Faasavala believes he's one of UFC's biggest fans. So much so, he dragged two of his workmates down to Aotea square for the hype.

"I told the bros, '5.30 boys that's us'. It's good to come down and see the boys representing New Zealand.

"I've been a UFC fan from the jump. Pretty much all mixed martial arts - I love boxing, I love jiu-jitsu. When you put it all into one you know it's like, last man standing, who's the best?"

UFC Fight Night is on this Sunday at Spark Arena, with Dan 'The Hangman' Hooker taking on Paul 'The Irish Dragon' Felder as the main event.