Black Cap Ross Taylor will celebrate his 100th test in the series-opener against India this week and the veteran batsman says he has no intention of winding down his international career as he nears his 36th birthday. 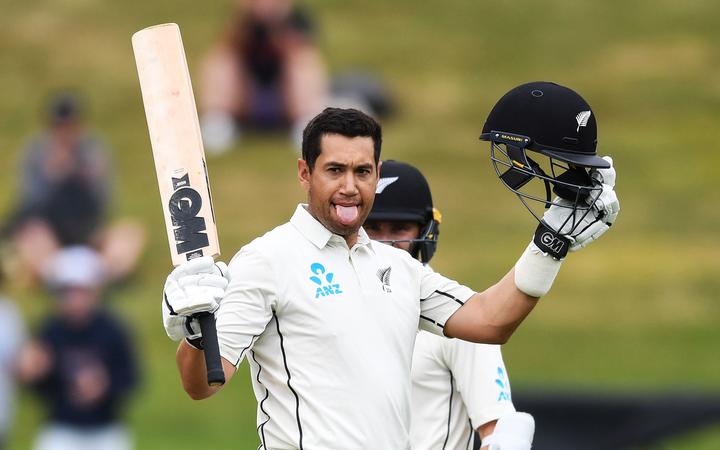 In front of home fans in Wellington on Friday, he will become the nation's fourth cricketer to play 100 tests after Fleming, Daniel Vettori and Brendon McCullum.

He will also become the first cricketer to reach the milestone in all three major formats.

Far from seeing the finish line for his career, Taylor said he had been urged to reset his goals in a congratulatory call from former New Zealand test opener and coach John Wright.

"He said it was a nice time to relax, but at the same time nice to rejig those goals," Taylor said

"Give yourself something to chase ... Goals aren't everything but they're a nice reminder when your mind is going in different directions, to bring you back on track and give you a focus."

Taylor said he was keen to be in the frame for New Zealand's bid for a maiden T20 World Cup title when the men's tournament kicks off in Australia in October.

He would also not rule out the next one-day World Cup in India in 2023, having played in the heart-breaking defeat to hosts England in last year's title-decider.

"First and foremost I want to get to next year -- the Twenty20 World Cup and then the home summer -- and then I'll have a good idea on how I'm placed at the end of next summer.

"Whether there is still a drive, whether I'm good enough, whether I'm fit enough, and whether I deserve my spot in the side. If I can tick all those, then definitely 2023 is an option."

It will be a party atmosphere for Taylor at the Basin Reserve on Friday, with New Zealand Cricket offering dozens of free tickets for his extended family on the weekend of his sister's wedding.

"You always want to do well, and first and foremost the game is more important," he said.

"At the same time you can put extra pressure on yourself.

"You've just got to go out and enjoy it and take it as another game. Hopefully I can contribute in any way I can."