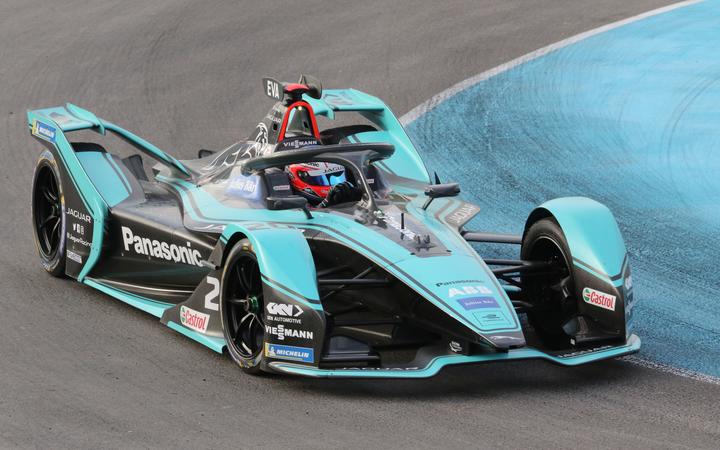 Starting second behind Porsche's pole-sitter Andre Lotterer, Evans took the lead from the German into the first corner and enjoyed an untroubled run to only his second victory in the series.

"I tried not to (look back)," said Evans. "When you are out in front you can just sort of get in your own rhythm. It was pretty tough, a quite close start with Andre -- almost deja vu from Rome."

The New Zealander's only other win, and Jaguar's first, was in Rome last year when Lotterer was also on pole, that time for DS Techeetah.

Belgian Stoffel Vandoorne, the previous leader for Mercedes, failed to score on an afternoon with plenty of incident and retirements.

Evans now has 47 points, one clear of Britain's Alexander Sims who finished fifth for BMW I Andretti. Vandoorne, named during the week as Mercedes' Formula One reserve, dropped to fourth on 38.

The Indian fast bowler Ishant Sharma is one his way to New Zealand for the Test series against the Black Caps. 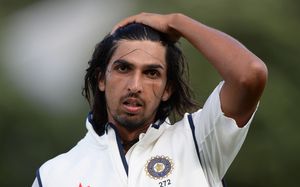 A number of Indian outlets are reporting that Sharma has passed a fitness test and will join the Indian squad in Wellington for the two-test series.

Sharma had injured his right ankle during a Ranji Trophy game a month ago.

Sharma was also the leading wicket-taker the last time India toured New Zealand, in 2013-14, with 15 scalps from two Tests. 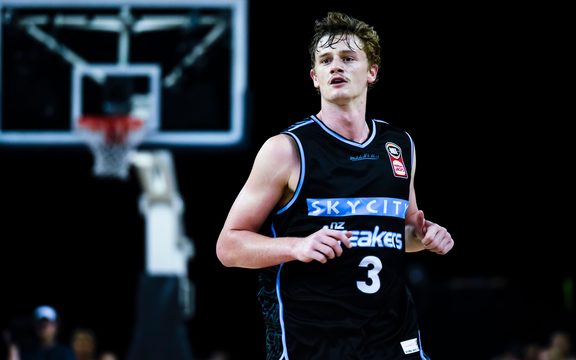 The Breakers' NBL season came to an end last night as they were eliminated from play-off contension.

Delany, a 24 year old forward has signed a two-year extension through until the end of the 2022 season while Tall Blacks Centre Rob Loe has agreed terms to stay at the club until 2023.

28-year-old Loe has come back impressively from his serious skull fracture midseason to average a career high 9.6 points and 4.2 rebounds over 20 games.

Delany is in the form of his life averaging 12.6 points, at an average of 47 percent from the floor, and 6.2 rebounds a game.

The 6'7" former Nelson College student had four 'double-doubles' in the final month of the regular season, as well as producing the game winning bucket against the Bullets in Brisbane.

Breakers owner Matt Walsh says securing the signatures of both Delany and Loe has been one of his top priorities moving forward.

"To get Finn and Rob to sign to the club shows the commitment by the Breakers to kiwi talent alongside Tom (Abercrombie) and Corey (Webster)," he said.

"It really shows the spine of our team, the backbone of our team is going to be New Zealand talent and those are the guys who make us go, and it put us in the driver's seat in terms of building our roster for next season."

Kobe to be honoured with All-Star MVP award. 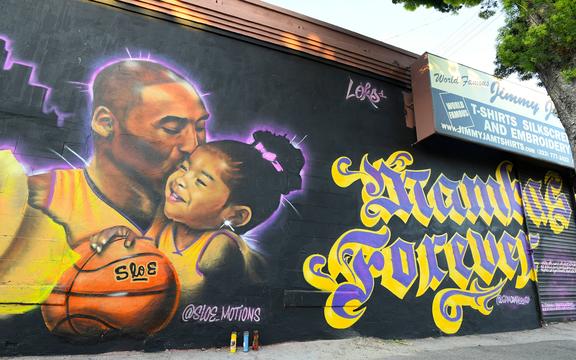 Bryant, an 18-time All-Star who won a record-tying four All-Star Game MVP awards, his 13-year-old daughter and seven others were killed in a helicopter crash near Los Angeles on Jan. 26. He was 41.

The Kobe Bryant MVP Award will be presented tomorrow to the most valuable player at the end of the 2020 NBA All-Star Game in Chicago, where the league is celebrating the lives of Bryant, his daughter Gianna and the seven others who died in the crash.

"Kobe Bryant is synonymous with NBA All-Star and embodies the spirit of this global celebration of our game," Silver said in a statement. "He always relished the opportunity to compete with the best of the best and perform at the highest level for millions of fans around the world."

Bryant made his NBA All-Star Game debut in 1998 at age 19, the youngest player to ever play in an All-Star Game. His 18 All-Star selections are the second most in NBA history behind Kareem Abdul-Jabbar, at 19.

Sadio Mane has marked his return from injury with a late goal to break Norwich City's resistance and secure Liverpool a 1-0 win that extend his side's English Premier League lead to 25 points. 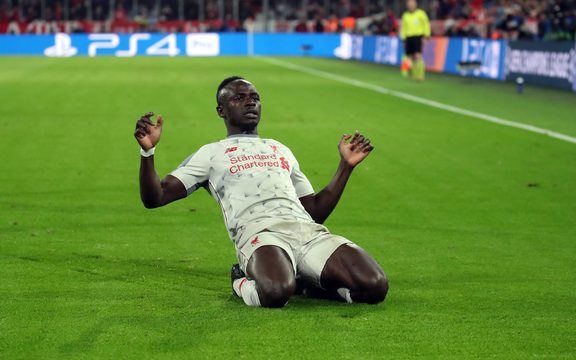 On a windy evening, bottom club Norwich were proving a tough nut to crack for Jurgen Klopp's team but Senegalese forward Mane, who came on as a substitute on the hour, pounced to drill home a fine finish from inside the area in the 78th minute.

It was his first appearance since going off injured in Liverpool's win at Wolverhampton Wanderers on Jan. 23 and he marked it by claiming a 100th goal in English football.

It's Liverpool's 35th victory in their last 36 league games and their 17th in succession, one shy of Manchester City's record.

They have scored in 35 successive Premier League games and are unbeaten in their last 43.

The Wellington Phoenix have strengthened their grip on a place in the A-League's top six with a 1-0 win over Melbourne City FC at Eden Park in Auckland. 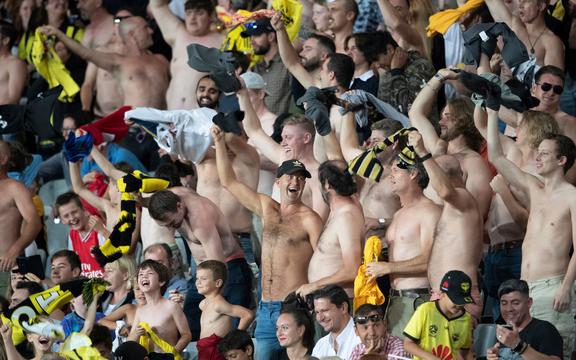 David Ball scored the match-winner for the Phoenix in the 58th minute after an inch-perfect cross from fellow Englishman Gary Hooper.

The result stretches the club's unbeaten record at Eden Park to seven matches and moves Wellington level on points with fourth-placed Adelaide United.

The Phoenix are five points clear of the sixth-placed Brisbane Roar, who visit Western United today.

Wellington finished the match without Reno Piscopo and Cameron Devlin, who were both forced off the field with injuries, which will be assessed before Friday's home match against Western United.

World champion to surf at Piha 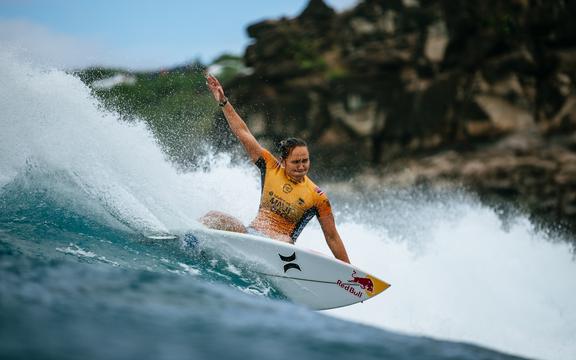 It's a major coup for the new challenger series as Moore is taking a break from the championship tour in the lead-up to surfing's debut at the Tokyo Olympics.

"I'm so excited about returning to New Zealand," said Moore.

"We used to have a Championship Tour event in Taranaki during my first year on tour and it was my favourite stop - it's where I had my first major CT win.

"There is something really special about the people, the waves and the places in New Zealand, and I can't wait to reconnect. The culture and people really remind me of Hawaii; warm and genuine. I haven't surfed Piha before - it sounds like a beautiful place, I've heard that it attracts a lot of swell."

The Bullets have recorded an incredible 124-88 win over the Cairns Taipans in their final regular season game to jump ahead of the Breakers into fourth on points differential.

The top three have already been confirmed.

The Sydney Kings will play either the Bullets or Melbourne in one semi-final series, while the defending champion Perth Wildcats will face the Cairns Taipans in the other.

The New Zealand women's hockey players have put a tough week behind them to beat the USA 3-1 in their Pro League match in Christchurch.

It was the Black Sticks' first match since the passing of longtime strength and conditioning coach Brad Conza.

Meanwhile, the Black Sticks men have lost 4-1 to Spain in their latest Pro League match, also in Christchurch.

Julia Ratcliffe has broken the New Zealand hammer throw record at the Porritt Classic track and field meeting in Hamilton.

The Commonwealth Games champion has throw 72.35m with her final attempt - just 15cm short of the Tokyo Olympics entry standard.

Dame Valerie Adams has improved on her Tokyo qualifier of 18.65m at the Potts Classic, producing a best throw of 18.81m to win the women's shot put, while world champion Tom Walsh won the men's with a best effort of 21.35.

Nick Willis made his 2020 New Zealand debut on the track, convincingly winning the men's 1500m.

The 20-year-old, a world silver medallist, had set the previous mark last weekend by clearing 6.17m in Torun, Poland. That eclipsed by 1 cm Frenchman Renaud Lavillenie's record set in February 2014 in Donetsk, Ukraine.

With the Glasgow crowd roaring him on, Duplantis cleared the bar in almost languid fashion before climbing off the mat, crossing his arms across his chest and milking the applause.

Incredibly, it was his first attempt at the height in the meeting and he nailed it with room to spare.

Duplantis, son of an American pole vaulter and who grew up with a pole vault pit in his garden at home in Louisiana, was vaulting higher than a London double decker bus as a teenager.

Now the sky seems to be the limit for the exciting talent who is already targeting Olympic gold in Tokyo.

Up and comer prevails at canoe sprint nationals

The 21-year-old New Zealand men's kayak squad member, established an early advantage and did not relinquish control, crossing the line a lifetime best race time of 3:38.31.

"I backed myself to paddle well today and I'm stoked to win," said Ferkins of the Poverty Bay club. "During the race I tried not to look around but I could see no-one in my peripheral vision. With 200m to go I looked over my shoulder and it was, wow! Oh my God, I'm so far ahead. I then just tried to hold it together and put in a little kick at the end.

The St George Illawarra Dragons have won the women's title at the NRL Nines tournament in Perth, beating the Brisbane Broncos 28-4 in the final.

It's some revenge for the Dragons who lost the NRLW grand final to the Broncos last year.

The Warriors women missed out on a place in the tournament decider after comprehensive losses to both St George Illawarra and Brisbane on day two.

The Warriors finished short of the quarter-finals in the men's tournament, which was won by the North Queensland Cowboys.

The Cowboys beat the St George Illawarra Dragons 23-14 in the final.

Matej Vydra's stunning strike earned Burnley a 2-1 victory at Southampton to move them into the top half of the English Premier League table on a wet and wild Saturday at St Mary's Stadium.

The Czech player, who replaced injured All Whites striker Chris Wood midway through the opening half, had hardly had a sniff of goal but produced a dazzling finish on the hour.

It was the first goal of the season for the 27-year-old, who has struggled to make an impression at Turf Moor since joining from Derby County in August 2018.

Burnley's third win in four league games has lifted them into 10th place with 34 points from 26 games, three points ahead of Southampton who remain in 13th place.

It should ease any relegation fears for Burnley, and with Manchester City's impending European ban, even opens up the possibility of them qualifying for the Europa League, as eighth place might well be enough this season.

They are now two points behind eighth-placed Everton.