A Melbourne derby will decide the New Zealand Breakers fate in the 2019/20 NBL. 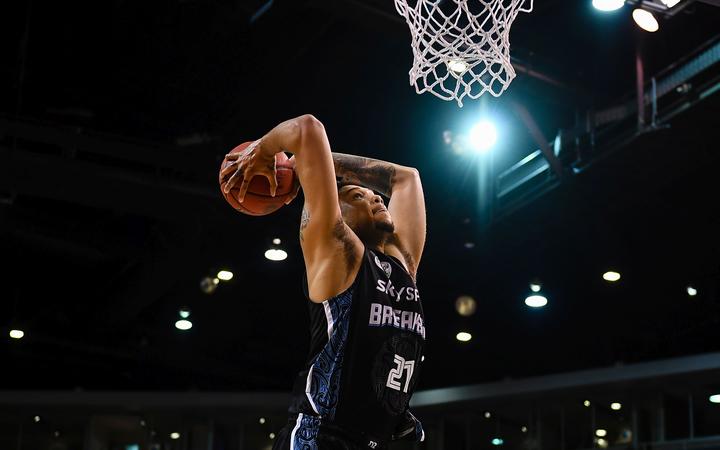 The New Zealand Breakers beat the South East Melbourne Phoenix 92-83 to wrap up the regular season on Friday night in Christchurch.

But that might not be enough to see the Auckland basketball club make an unlikely appearance in the competition's post-season.

The Breakers needed to win big in their last game to give themselves a chance of kicking Melbourne United out of the hotly contested fourth spot on the competition ladder.

The Phoenix did their cross-town rivals, Melbourne United, a favour by keeping in touch with the Breakers throughout the game.

The visitors lead by two points at the end of the first quarter, but the Breakers out-scored the Phoenix by nine points in the second quarter to lead 46-39 at half time.

After the break the Phoenix came out to win the third quarter.

However the Breakers fought right until the final buzzer to try and extend the winning margin.

American import Scotty Hopson was once again the Breakers standout scorer with 23 points.

Breakers captain Tom Abercrombie brought up his 200th win for his hometown club and scored 18 points.

The Phoenix were missing captain Mitch Creek to injury but John Roberson with 15 points and Dane Pineau with 14 points kept their side in the game.

Now the Breakers will be in front of the television on Sunday night as they watch to see if the Phoenix can make it two-from-two this round and defeat Melbourne United.

Should the Phoenix win again the Breakers might just make it into the playoffs.