Latest - A display of diversity will be on show at Eden Park on Friday when the Blues host the Crusaders in a Super Rugby game. 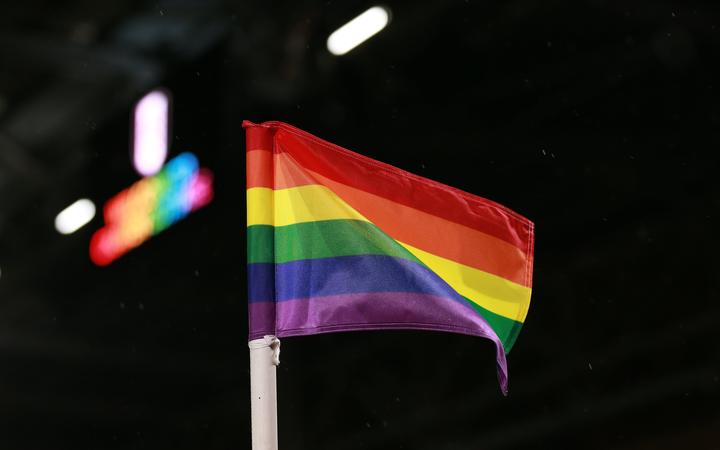 To mark Valentines Day the Blues will show their support for the LGBTQI community by painting part of the ground in rainbow colours.

This round of Super Rugby is themed around diversity and with support from their sponsors the goal post pads at Eden Park will be rainbow coloured while fans can show their support by flying rainbow flags.

Blues hooker James Parsons says; "At the heart of the Blues culture is our commitment to bringing communities together both on and off the field. This Valentine's Day we want to share our love of the game and show that rugby is a game for everyone."

Breakers swingman Tom Abercrombie has been named the Australian NBL club's MVP for the season. 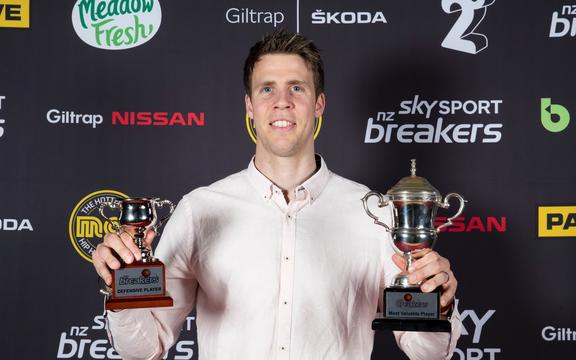 Abercrombie, who has helped the Breakers to the brink of qualification for the play-offs was also named defensive player of the year.

At the club's awards evening American import Scotty Hopson was named members choice MVP and won the award for most memorable moment for his buzzer beater against Brisbane at the end of December to win the game.

Breakers coach Dan Shamir says an MVP is the total package and you don't come across players like Tom Abercrombie often.

"Tom has been there for us in every single game, every single moment with his professionalism, with his willingness to do everything you ask him to do, discipline, defend, rebound and when we need him to score he was also there scoring."

The Breakers need to beat South East Melbourne on Friday night and hope other results go their way to make the semi-finals.

Ferrari showed off their 2020 Formula One car with a theatrical show of pride and passion, assuring success-starved fans that it was also very different under the skin to last year's model.

"We have been as extreme in all the concepts as we could, the entire car, power unit, has been packaged to have a very narrow and slim body shape."

"It may look very similar to last year but, believe me, its completely different and a lot of the concepts are very extreme," he added.

Defending champions Blair Tuke and Peter Burling are in third place after the first day of racing at the 49er, 49erFX and Nacra 17 world championships in Geelong, Australia.

Burling and Tuke had a first, fifth and first on the opening day of the 49er competition.

They're two points behind the leaders.

Markus Somerville and Jack Simpson were the next best of the Kiwis in 12th, with Logan Dunning Beck and Oscar Gunn 13th. 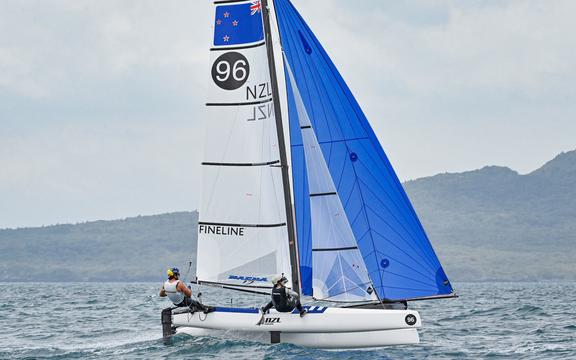 Micah Wilkinson and Erica Dawson are fourth in the 34-boat Nacra fleet off the back of three top-10 results.

The Laser world championships also got under way across town and they, too, were delayed as they waited for the breeze to fill in. Sam Meech banked two fifths to be 11th overall, with Tom Saunders not far behind in 13th.

Wales back Owen Williams will miss the remainder of the Six Nations rugby tournament after he injured his hamstring in the warm-up before their second round defeat by Ireland over the weekend.

Williams was set to make his first start for Wales since 2017 before he suffered the injury in the warm-up, with Jarrod Evans taking his place in the 24-14 loss.

The WRU also confirmed Josh Adams, who was forced off in the 25th minute with a knock to the hip, would return to full training this week.

Defending champions Wales are third in the standings and next host table toppers France on Feb. 22.

Meanwhile France will be without Vincent Rattez for the rest of the tournament after the wing broke his fibula in the weekend's 35-22 win over Italy.

Disgraced marathon champion Rita Jeptoo has resumed training after serving a four-year doping ban and urged fellow Kenyan athletes to be more vigilant about what goes into their bodies so that they avoid suffering the same fate.

The 38-year-old was initially suspended for two years by Athletics Kenya after she tested positive for the banned blood-booster EPO in 2014.

The ban was subsequently doubled to four years in 2016 after the global governing body of the sport (IAAF) successfully argued that the original punishment was too lenient to the Court of Arbitration for Sport.

She said athletes caught in anti-doping violations "are either complicit or very ignorant of the rules of the game".

"We were naive then and had very little knowledge on matters doping," she said.

Kenya, a powerhouse in long-distance running, has had a number of athletes banned in recent years after they failed drugs tests.

Juergen Klinsmann has resigned as Hertha Berlin coach after 10 weeks in charge, citing a lack of support and trust.

Klinsman, who was United States head coach from 2011 to 2016, had arrived pledging to turn Hertha's fortunes around and make them title contenders with the help of major investor Lars Windhorst.

Hertha spent more than 70 million euros on players in the winter break but have managed only one win in their last five league games and are 14th in the league standings, six points above the relegation playoff spot.

Klinsmann said he would remain a member of the club's board.

Fund set up to help footballers

A fund has been set up to help footballers who are left without wages when their clubs fall into financial difficulties or go out of business, global football body FIFA said.

The world players' union FIFPRO estimates that around 50 clubs in 20 countries -- mainly in Eastern Europe and Asia -- have shut in the last five years, leaving hundreds of players without pay.

In many cases, FIFPRO says, the clubs have been quickly re-established with only a slight tweak to the name.

FIFA said in a statement that it had reached an agreement with FIFPRO to set aside $25 million for the fund up to 2022.

FIFA said that, since last year, it has clamped down on the practice of new clubs being formed "with the prime aim of avoiding players their overdue salaries."