Latest - The Hurricanes have scored twice in the last 10 minutes to grab a 26-23 Super Rugby win over the Jaguares in Buenos Aires. 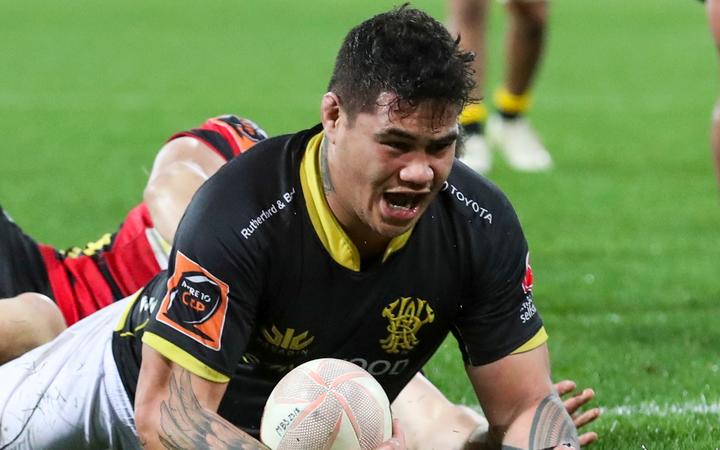 Three Jordie Barrett penalties, including a monster 60m-plus effort, kept the Hurricanes in touch but the Jaguares - last year's beaten finalists - took a 10-9 lead into halfitme after flanker Marcos Kremer scored midway through the first spell.

With an 11-point lead and only 10 minutes remaining on the clock, the Jaguares looked set to see out the win.

But the Hurricanes, who lost their first-round match 27-0 to the Stormers last week, hit back with tries Alex Fidow and replacement halfback Jamie Booth to steal the late win.

South Africa have pipped the White Ferns in a tight finish to the third women's T20 at the Basin Reserve in Wellington. 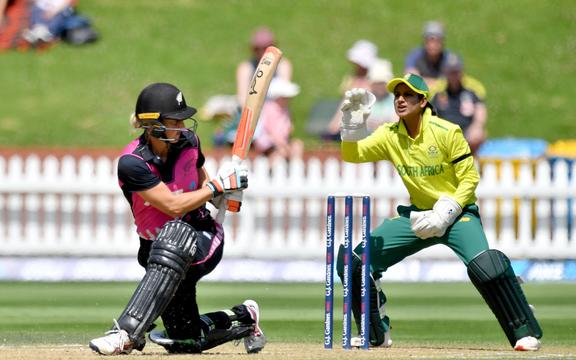 The vistors, who had lost the first two T20s, scrambled to a five-wicket win with just one ball in hand.

South Africa lost early wickets, but still kept the run rate ticking over. At 133-5, and with 10 balls remaining, Chloe Tryon and Sune Luus remained composed to secure the win, with Tryon's 34 off 16 balls proving crucial.

The fourth T20 is at the Basin Reserve tomorrow, with the fifth and final match in Dunedin on Thursday.

The Black Sticks won the first match yesterday 3-1 on a penalty shootout, but a revitalised British team controlled the second match today, retaining possession and hunting for holes in the New Zealand screen.

"We were a bit tense and couldn't work our way into the contest. Great Britain looked like the more clinical side today."

The Black Sticks women, who lost 3-0 to Britain yesterday, lifted in their second game today to draw 2-2 before going on to lose the penalty shootout 5-4.

A hat-trick of tries to winger Mark Telea has helped the Blues to a 32-12 bonus point win over the New South Wales Waratahs in their Super Rugby match in Newcastle. 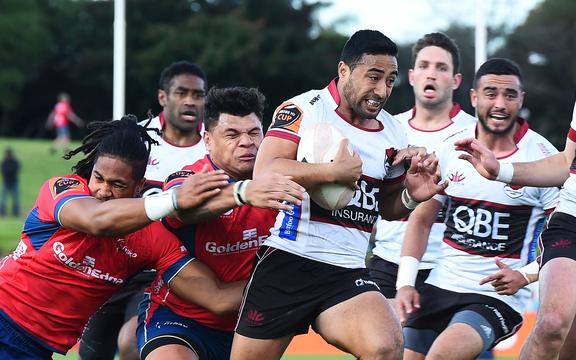 North Harbour winger Mark Telea made an impact for the Blues against the NSW Waratahs scoring a hat-trick of tries. Photo: Photosport

The win is the Blues first of the season after an opening round loss to the Chiefs last weekend.

While in South Africa the Lions beat the Queensland Reds 27-20 and the Stormers beat the Bulls 13-nil.

And in Six Nations rugby the Ireland have beaten defending champions Wales 24-14 to end their eight match winning run in the competition.

The Sydney Sixers have won their second Big Bash League title as they beat Melbourne Stars by 19 runs in a rain-hit final in Sydney.

The Sixers posted 116-5 in a match reduced to 12-overs-a-side following heavy rain.

The Stars run chase though never hit top gear reaching only 97-6 in their 12 overs.

It is the Sixers' first title since winning the inaugural Twenty20 competition in 2011-12, while the Stars have now lost all three of their Big Bash finals.

Everton have stretched their unbeaten run to five games as a 3-1 victory over out-of-form Crystal Palace moving them up to seventh in English football's premier league.

The win leaves Everton just one point behind fifth-place Tottenham Hotspur, who have a game in hand while Crystal Palace who are without a win this year remain six points above the relegation zone in 14th place.

The former Pakistan batsman Nasir Jamshed has been sentenced to 17 months in prison in England for his role in a fixing scandal.

The former Test opener was banned for 10 years by an anti-corruption tribunal in 2018 for his part in the spot-fixing scandal that engulfed the Pakistan Super League in 2017. 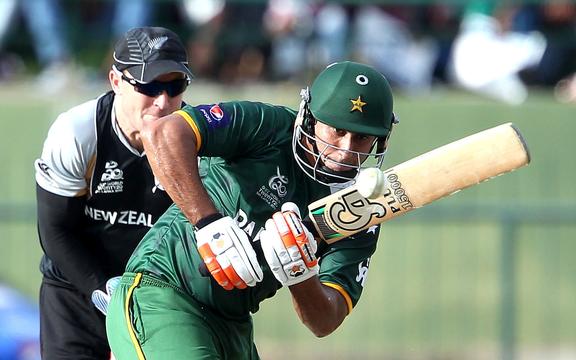 "Using an undercover officer, NCA investigators identified that the group were plotting to fix elements of the 2016 Bangladesh Premier League T20 tournament which Jamshed was due to play in," National Crime Agency said in a statement.

Next year, Anwar was captured on CCTV purchasing 28 different coloured bat handle grips which would subsequently be used by the players in PSL as the signal to show the fix was going ahead, it added.

In 2011, Pakistan cricketers Salman Butt, Mohammad Asif and Mohammad Amir were jailed in the UK for their role in a plot to bowl pre-arranged no-balls during a Lord's Test against England in 2010.

He broke the record on his sixth jump of the competition, having narrowly failed to clear the same height in Dusseldorf early last week when he brushed the bar on his way down.

French sports minister Roxana Maracineanu had asked Gailhaguet to resign after several figure skaters claimed they were raped or sexually assaulted when they were minors by former coaches.

Gailhaguet initially refused to step down, saying he had made "mistakes" but that he was never "at fault".

French prosecutors have launched an investigation into former figure skating coach Gilles Beyer for the alleged rape of a minor and sexual aggression.