Whakatane's Sam Clark returned to the Coast to Coast to win his fourth elite men's Longest Day title, a win he described as his best yet. 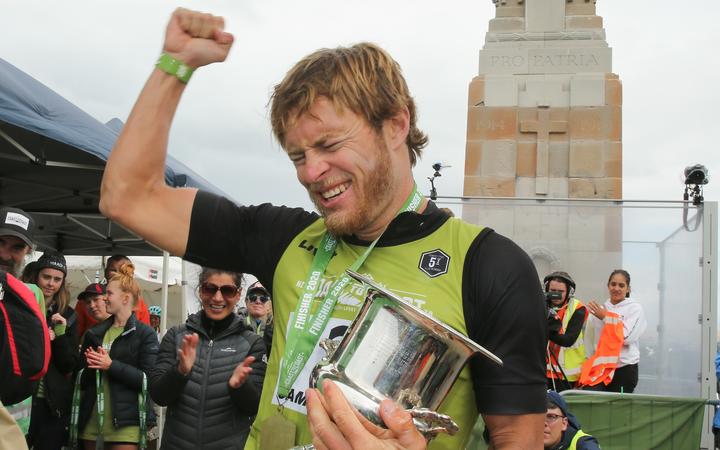 "I left absolutely everything out there. I've never worked that hard in my life for a victory," he said.

"Out of all my victories, yes that's got to be the best. Dougal and I are so evenly matched, we race together, he's one of my best mates, it's just a shame we have to go out there and battle each other like we did today.

"I know how much Dougal wanted it, and to be honest my biggest fear today was that he wanted it more than me. That when it came to crunch time I wouldn't be able to do what I needed to do to get it across the line but I managed it."

Ryan Kiesanowski crossed the tape first at the end of stage one to set a new record of one hour 35 point 28 seconds, before Clark built his lead through the grueling 32-km mountain run, even swimming during the bitterly cold first river crossing of the Otira River.

A disappointed Allan said the conditions couldn't have been worse for him.

"I knew I was going to struggle in the cold and I wore as much as I could but I'm probably better suited to the hot weather."

O'Donnell won her title on her fourth crack at the event, ahead of Wilson and Christchurch's Fiona Dowling, who crossed the finish line just a minute over 13 hours in third.

"I know Ali is an awesome cyclist, so I was pretty worried on the bike," O'Donnell said.

O'Donnell was a little unsure of her chances of holding onto her lead, but suggested the cold conditions played into her hands.

"I was feeling pretty average on the run, it might have been my slowest run time I've done over the course, so after the run I was just like let's see how the day goes."

"It was pretty rough, and I guess I like those sorts of conditions, so I was like, oh, this is my year, I'm just going to go for it."

The difference between the two came down to a little more experience in the kayak for O'Donnell than Wilson, whose background has been in triathlon and who only started kayaking a year ago.

Wilson summed up her first Coast to Coast: "It was brutal, there's just no let up, but I'll be back."