For the first time in more than a decade, New Zealand will play in Asia Oceania Group 1 of the Fed Cup. 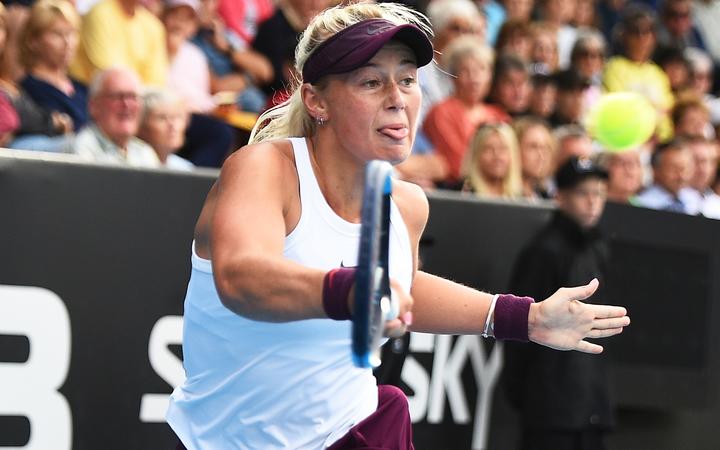 Valentina Ivanov and Paige Hourigan sealed promotion when they won both singles matches to give New Zealand an unassailable 2-0 lead over the Philippines in today's Asia Oceania Group 2 promotional playoff.

Ivanov had given the Kiwis a winning start in Wellington with a 7-5 6-1 win over Philippines No.2 Shira Hope Rivera.

The 18-year-old New Zealander had to work hard for her win after squandering a 5-2 first set lead.

She regathered her composure at 5-5 and, after taking the first set, completed a comfortable win in the second.

Hourigan started tentatively, but hit her stride and powered through to take the set comfortably. The second set was closer with a service break apiece before Hourigan got what proved to be the decisive service break in the fifth game.

The Philippines duo of Capadocia and Rivera then inflicted the first defeat of the tournament on New Zealand, beating Emily Fanning and Kelly Southwood 6-3 4-6 (11-9) in the match tie break.