Ross Taylor and stand-in captain Tom Latham combined in a 138-run stand to guide New Zealand to a morale-boosting four-wicket victory over India in the first one-day international in Hamilton on Wednesday. 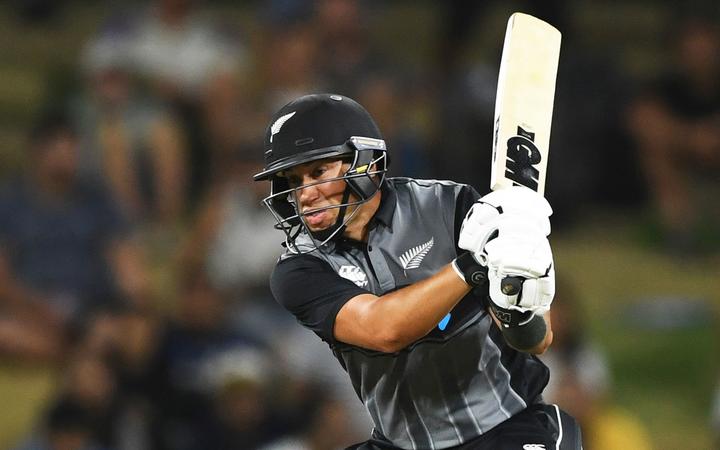 Taylor chalked up his 21st century with an unbeaten 109 while Latham, deputising for the injured Kane Williamson, weighed in with 69 as the hosts chased down India's imposing 347-4, passing the target with almost two overs to spare.

Victory was not without a scare, however. New Zealand lost three quick wickets as they approached the target, raising fears of a repeat of their capitulation in the Twenty20 series, when they threw away winning positions in the last three games to slump to a 5-0 defeat.

But Mitchell Santner held his nerve, finishing on 12 not out as New Zealand ended an eight-game losing streak, having also succumbed 3-0 in their test series in Australia.

India's massive total was built on Shreyas Iyer's maiden one-day international century. Dropped on eight, 11 and 83, he went on to score 103 and shared in century stands with both Virat Kohli (51) and KL Rahul (88 not out).

The win released some pressure on Gary Stead and New Zealand Cricket (NZC) after the coach was granted a week's leave from the team to rest, leaving bowling coach Shane Jurgensen in charge for the three-match ODI series.

The move had been criticised by several former players, with NZC forced to explain the decision on Wednesday.