When Maia Lewis was a kid no one could have predicted she would become the first Māori woman to be inducted into Lords. 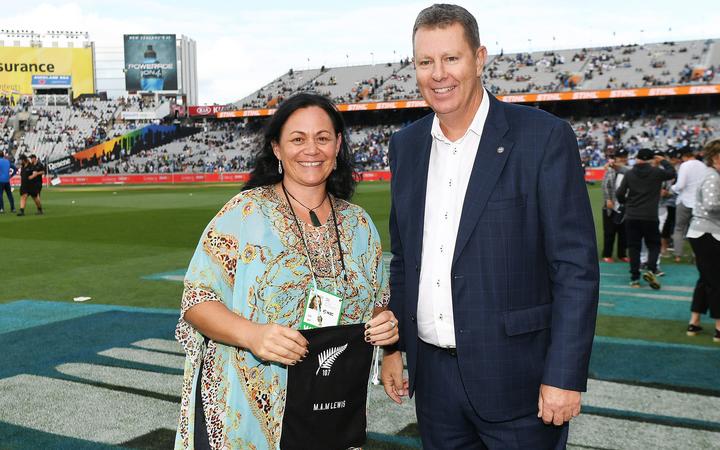 The 'home of cricket' in London - one of the most gentrified sporting venues you could find.

Growing up in Christchurch in the 70s and early 80s, she was playing softball in summer - a more traditional sport for Māori. She came from a family that was more into netball, league, and football.

It was by chance that Lewis was introduced to cricket when she was about 11.

"A good friend from school, her dad was playing and told us to come down and have a wee go so that's pretty much where it started," she said.

"So, I used to play softball in the morning and then cricket in the afternoons and eventually I had to choose if I was wanting to play senior women's. So, I ended up playing cricket and I played hockey as well so I did the whole summer/winter thing."

Later this month Lewis will coach the first New Zealand Māori Secondary School girls' team, which has just been named.

Cricket is not a big sport among Māori women, the former New Zealand women's captain said it's not because they were lacking in natural talent to be good at it, but that it is a matter of getting them there in the first place.

It was even rarer when Lewis was growing up, and she didn't come from a cricket mad family.

"My dad played a little bit but was really a footballer, my mom was more of a netball/softballer. When I took cricket up, I would play a bit in the garage with my older brother and I would end up having to bowl at him pretty much most of the time and have a wee bat."

Lewis said she learnt a lot by watching cricket on television.

"We wouldn't watch cricket as a family but I watched a lot of men's cricket, there was no female cricket on TV at that stage. I learnt a lot in terms of tactics and especially from a captaincy point of view and field placement and stuff."

Through her mother, Lewis is Ngāti Whātua and Ngāti Maniapoto and is very proud of her heritage.

Her Koro (grandfather) Wiremu Netana Panapa, was the second Māori Bishop of New Zealand, who died in 1970, the year Lewis was born.

Her father is Pākehā, born and bred in Timaru, and Lewis said she was brought up in a Pākehā environment.

"All our Māori side lived up north and we were down south with my dad's side a lot."

But Lewis has been making up for lost time.

"I learnt Māori as a second language at university. I lived up in Whangarei for four years so I reconnected with my mum's side, gone back home and learnt a lot about my Māori side. It's sort of been a long journey but I never started in with my Māori family or that world."

She said it was only natural that kids who grew up in that 'Māori world' where rugby, league, and netball dominated, were less likely to play cricket.

"I think if you're immersed more in a sport that a family is into, you sort of carry on the natural lines."

But Lewis believes with women's cricket now being professional at the top, it was a massive drawcard to have a career pathway, which wasn't an option when she grew up.

"I think that's probably the biggest point of difference for women's cricket at the moment is that they are trying to lead the way with equality with women in sport."

Lewis is a proponent of the Sport New Zealand philosophy of resisting early specialisation, being a product of it herself.

As a student at St Margaret's College in Christchurch, Lewis captained the softball team and then played cricket on Saturdays so she was able to do both.

"When I was at university, I played a bit of rugby. In between that and hockey and a lot of indoor cricket, I was playing sport full-stop. That was the beauty of it, we just played and played."

Lewis was considered a dynamic leader and captained the side in 1997-98. 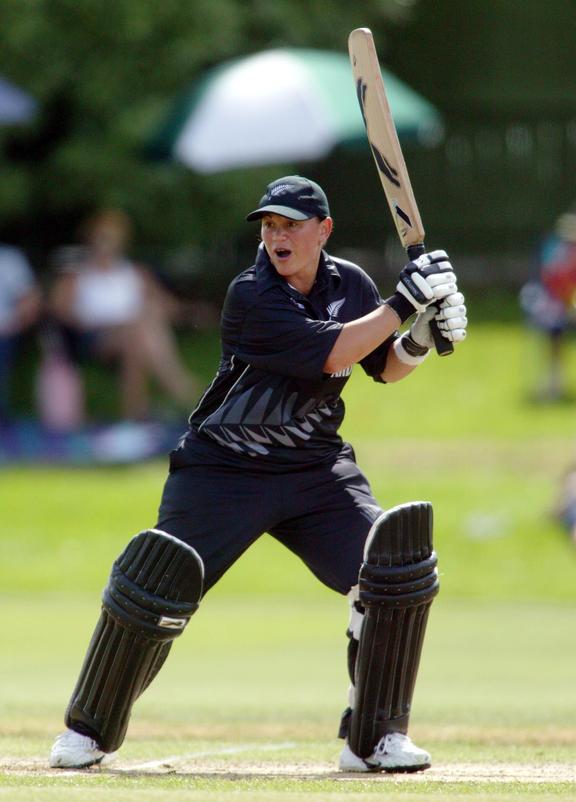 The late Rona McKenzie was actually the first Māori national cricket captain, leading the New Zealand women between 1954 and 1961.

After taking time out for a knee reconstruction, Lewis regained the captaincy for the 2005 World Cup before retiring.

Since Lewis's retirement other players with Māori heritage have played for the White Ferns - Rebecca Rolls, Sara McGlashan and current players Suzie Bates and Lea Tahuhu.

"They're fantastic role models and obviously Suzie Bates was captain, she's fantastic for young Māori to be able to emulate so, you know the opportunities are there."

The 49-year-old, who has also coached the Samoan women, said Polynesians had natural attributes that could take them far in cricket.

She also hopes the shorter formats will attract more to the game.

"They like to hit the ball and to be aggressive and that, it's a natural part of our culture and instinct. The Twenty20 format is really conducive to that, it sort of suits the temperament.

"I know I struggled a bit when we played four-day Tests so I would have loved to have played more T20s. I think that should excite young Māori girls coming through and they're naturals for the game really."

"So, they have come on board to get a girls team going and came back to ask me to coach which I'm honoured to. I have a huge passion for it, it's a fantastic concept, to create a little bit of history, and try to get more young Māori into a sport that's not traditional in our culture."

Lewis said it was just as important for the girls to connect with each other.

"Hopefully they learn a lot from the experience and not just about the cricket but also about their culture. We're staying on a marae and learning a bit more about their own iwi. In the future maybe some of them will become really good role models for the next young Māori girls coming through."

Lewis believes there are potentially thousands of young Māori girls out there with the raw ability to be fantastic cricketers, but they just hadn't been exposed to it.

"Although around the country people are starting to realise and tap into that. I live in South Auckland so I know there are good programmes and supportive clubs in South Auckland who have Māori and Polynesian girls as well.

"The nature of these girls is that they can be a bit whakamā (shy) to come by themselves. They are more likely to come if they're with whānau or a couple of friends. Once you get them there and provide a really welcoming experience, that's the key."

The school girls team will get together on 18 February in Wellington, where they'll prepare for games against two invitational sides. They and members of the schoolboys' team will attend day one of the Black Caps Test on 21 February.