The nine game unbeaten run in the A-League has come to an end for the Wellington Phoenix as they were beaten 1-0 at the Brisbane Roar. 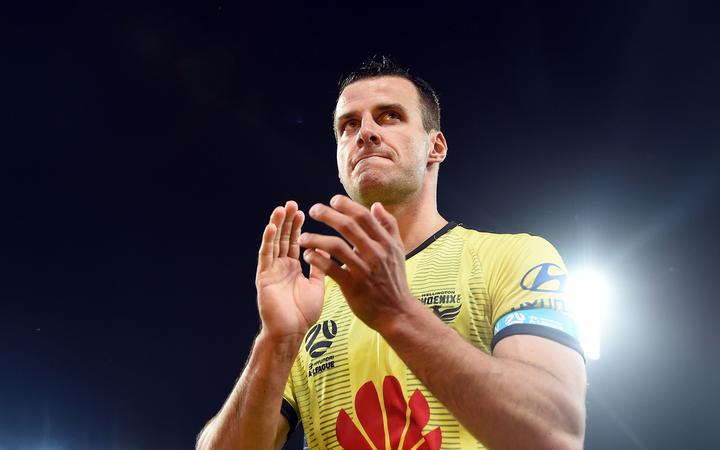 Wellington were unable to get on the scorecard after a dominating first half, and then couldn't equalise after Brisbane scored a fortunate goal in the second.

The Phoenix were missing midfielders Reno Piscopo and Alex Rufer, with mainstay David Ball also not in the starting line-up after suffering a hip injury in Round 13.

Meanwhile the Roar were missing their captain, Tom Aldred, (suspended) and leading goal scorer Roy O'Donovan - a late scratch due to injury - but were buoyed by ex-Western United striker Scott McDonald being available on their bench.

Phoenix began the match with their customary strong attack in the early going, with both Jaushua Sotirio and Callum McCowatt putting pressure on Brisbane's defence with a series of dazzling runs.

Both sides had chances in the first half with the visitors best coming from captain Steve Taylor who's attempt from a corner hitting the crossbar.

Half-time came with both teams failing to register a goal - but with Wellington clearly dominating play thanks to strong runs by Cacace, Sotirio and McCowatt in particular, with the Roar giving plenty of open space for the Phoenix to operate up the sides of the field.

The introduction of McDonald onto the pitch in the second half gave the Roar some added confidence, as they began to press harder on attack.

However it was Roar's other sub, Dylan Wenzel-Halls who showed excellent ball control to net his first goal of the season, putting Brisbane up 1-0 at 69 minutes.

The Phoenix were desperate to equalise but couldn't get any meaningful opportunities in the Brisbane half, with a last-minute free kick unable to change the final score.

The loss keeps Wellington in fourth place on the ladder, while Brisbane rises up to seventh.

The Phoenix return home to Wellington's Sky Stadium next round, playing their first Friday night match of the season against bottom-placed Newcastle Jets.

Wellington will hope to have some of their key players back on board for this match, but will also have to do without Matti Steinmann - who picked up his fifth yellow card of the season and will miss Round 16 due to suspension.