New Zealand Breakers have kept their NBL season alive with an upset 88-81 win over leaders the Sydney Kings in New Plymouth. 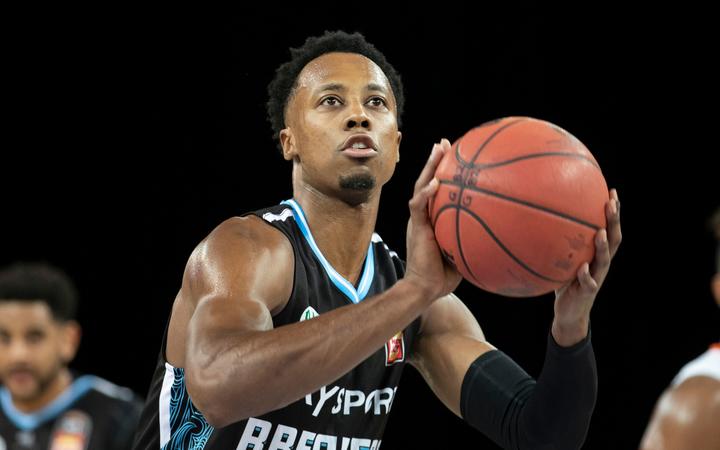 Both teams well short of full strength with the Breakers missing backcourt pair RJ Hampton (hip) and Sek Henry (calf) while the Kings were resting Andrew Bogut and still minus Kevin Lisch and Craig Moller.

New Zealand was further hamstrung with just under four minutes remaining in the third quarter when some drama took centre stage.

After an incident battling for a rebound under the glass, Breakers big man Brandon Ashley ended up copping two unsportsmanlike fouls in the one incident leaving him ejected while Kings pair Shaun Bruce and Jae'Sean Tate also received an unsportsmanlike each.

The loss for New Zealand of Ashley was somewhat offset when Sydney lost Tate with his fifth foul with more that seven minutes left in the game, and it always looked like a contest where someone would have to come up big to decide it.

Those men proved to be Rob Loe and Jarrad Weeks for the Breakers. Weeks hit a huge three with just under three minutes remaining to tie scores up at 78-78.

Then after Tom Abercrombie put the Breakers up three, it was Loe's turn to seal the memorable win for New Zealand when he knocked one down from deep to make it an 84-78 game, and the Breakers held on for the last 30 seconds.

Weeks had to come up big for the Breakers in the absence of Hampton and Henry, and he produced with 14 points and six rebounds.

Then there is Loe, who has had to deal with a fractured skull on his return to the Breakers this season. He produced a career-best 24 points last Thursday in Cairns and backed up on Friday in New Plymouth with 18 points, four boards and four assists including going 3/6 from downtown.

Scotty Hopson also shone for the Breakers with 30 points, six rebounds and five assists while Abercrombie finished with 12 points and six boards, and Finn Delany 11 points and 13 rebounds as they kept their playoff hopes just alive at 10-12.

Breakers coach Dan Shamir couldn't have been prouder that with everything seemingly going against them, that they found a way to beat the top team to keep their season alive.

"When circumstances are tough, hats off to the players for being able to regroup," Shamir said.

"In a way it was similar to the two early season Sydney games when we were in the games but they made the little runs in the fourth quarter that decided the game. Today we were behind and didn't quit, and made a lot of great plays.

"We knocked down a few shots to get back into the game and got some belief. Overall the key was being aggressive offensively to create these opportunities, and defensively we defended pretty well. We covered most of their actions pretty well and under those circumstances, it was great to win."

The Kings slipped to 15-7 with their and they remain locked in a battle over that top position now with the Perth Wildcats.

The Breakers are seventh, but still fighting for a top four playoff spot.

Before fouling out, Tate was having a significant impact for the Kings with 22 points and four rebounds. Casper Ware threatened to take over the game with some big baskets either side of three quarter-time, but it wasn't to be.

The Breakers face a short turnaround to hosting Melbourne United in Auckland on Sunday.