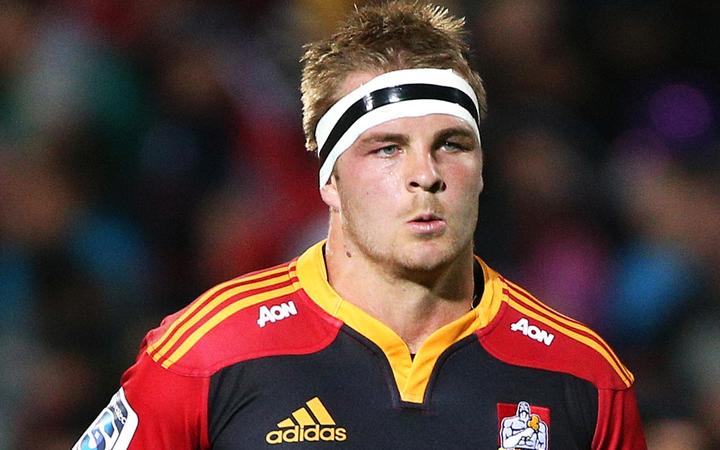 Gatland said Cane is a respected member of the Chiefs squad and is a notable leader.

"Sam has co-captained the Chiefs since 2016. He is an experienced campaigner who is well respected by the players and management. We believe it was important to identify one person this season to lead the team and that individual would be supported by the team's leadership group."

Cane has co-captained alongside Charlie Ngatai, Aaron Cruden and Brodie Retallick for the past four seasons.

Cane said he was privileged to lead a talented group.

"It is an honour to be asked to captain this side and I am excited for the season to kick off. We have a talented squad, with a good mix of experience and gifted young players. This combined with a fantastic group of experienced leaders, we believe will be the right ingredients to help drive us to another title."

That home game was revealed as the expected unveiling of the No. 1 overall draft pick on Wednesday by New Orleans Pelicans general manager David Griffin.

Williamson has missed nearly three months after undergoing surgery on his right knee just prior to the start of the season. He had the lateral meniscus repaired on Oct. 21.

"He's getting to the point where we actually believe he's as ready as he thinks he is so it's moving in the right direction," Griffin said during a media session.

Griffin said Williamson won't play in back-to-back games but won't be on a minutes restriction.

The 14-year-old from Auckland combined with her mixed nation team for a dominant performance in the final, defeating their opposition 6-1.

It was New Zealand's second medal on the ice today, with 14-year-old Axel Ruski-Jones from Dunedin earlier claiming bronze in dramatic fashion.

Ruski-Jones' team scored with three seconds on the clock to break a 5-all deadlock.

Norwegian chess grandmaster Magnus Carlsen has stretched his unbeaten run to a record-breaking 111 games after securing a draw in a tournament.

The reigning world champion surpassed the 110 classical games undefeated set by Sergei Tiviakov in 2005 after drawing against Jorden van Foreest in the fourth round of the Wijk aan Zee tournament.

Carlsen had prevously indicated he would not consider the record truly broken until after two more games as he was not prepared to count two wins he had in the Norwegian league.

But the 29-year-old told The Guardian he had softened his stance.

"I'm all for (claiming the streak) too," he said. "I consider my streak against elite opposition is 109 and against good opposition is 111 and I am happy about that."

Sexton, a former world rugby player of the year who is his country's second highest ever points scorer, fills the vacancy left by Rory Best, who retired after a World Cup in which his side were humbled by hosts Japan and dumped out by holders New Zealand.

"It's a huge honour, the biggest honour of my career to be asked to do it and I'm really looking forward to the challenges that are coming up and hopefully we can have a successful Six Nations now," the Leinster number 10 said in a statement.

Ireland kick off their Six Nations campaign at home to Scotland on Feb. 1. (Reporting by Padraic Halpin Editing by Toby Davis)

Former champion Kerber suffers back injury ahead of Australian Open

Former Australian Open winner Angelique Kerber suffered a back injury days before the year's first Grand Slam, with the German forced to retire at the Adelaide International warmup on Wednesday.

The former world number one had a medical time-out for a trainer to work on her lower back before she conceded her second round match trailing 6-3 2-0 against Dayana Yastremska at Memorial Drive Tennis Centre.

Kerber, who upset Serena Williams to win the 2016 title at Melbourne Park, lost in the first round of the Brisbane International earlier this month.

The 19-year-old Yastremska will meet Donna Vekic in the quarter-finals after the Croatian beat Greek Maria Sakkari 2-6 7-5 6-1 in their earlier match.

India's Pant stable after concussion but ruled out of second ODI

India wicketkeeper Rishabh Pant has been discharged from hospital after suffering a concussion in yesterday's one-day international (ODI) match against Australia in Mumbai.

Pant suffered a concussion after being hit on his helmet while batting and did not come out to keep wickets for Australia's chase, with KL Rahul donning the gloves for the hosts.

The BCCI said the 22-year-old Pant has been ruled out of the second ODI in Rajkot but would consider him for the third ODI in Bengaluru based on how he responds during his rehabilitation at the National Cricket Academy (NCA).

"He is stable and all his scan reports are clear," the BCCI said in a statement. "He has been discharged from the hospital and will head to NCA, Bengaluru to undergo his rehabilitation protocol."

Australia lead the three-match series 1-0 after winning the first ODI by 10 wickets.

Tennis greats Roger Federer and Rafa Nadal pledged $270,000 towards the Australian bushfire relief efforts at a charity event on Wednesday in the leadup to the Australian Open.

Australia is experiencing one of its worst bushfire seasons on record, with fires burning for months and killing 28 people, destroying more than 2,500 homes and razing forests and farmland the size of Bulgaria.

Smoke from bushfires blanketed Melbourne in a thick, grey haze on Wednesday before a clearing rain-storm, disrupting the Australian Open's qualifying matches for a second successive day.

Spaniard Carlos Sainz took a big lead in the Dakar Rally on Wednesday after winning a 10th stage halted before the halfway point by strong winds and deteriorating conditions in the Saudi Arabian desert.

The Mini buggy driver, a two-times winner of the endurance event, had started only 24 seconds clear of Toyota's defending champion Nasser Al Attiyah but extended his lead to 18 minutes and 10 seconds.

The car category's 534km special stage was halted after 223km, with the competitors travelling to the bivouac in liaison.

Frenchman Stephane Peterhansel, a 13-times Dakar winner, was in third place overall and a further 16 seconds behind Al Attiyah.

Two-times Formula One champion Fernando Alonso, Sainz's compatriot, rolled his Toyota on the dunes and continued without a windscreen after losing more than an hour.

He had started the day 10th overall but fell back to 14th.