A player collapsed in a coughing fit and retired from Australian Open qualifying on Tuesday as organisers faced a storm of criticism for ploughing ahead with matches despite bushfire smoke plunging Melbourne's air quality to "hazardous" levels. 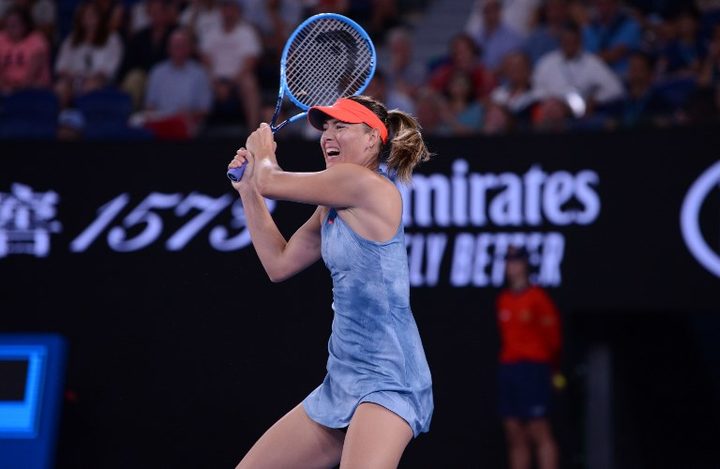 Maria Sharapova's warmup match at the Kooyong Classic with Germany's Laura Siegemund 7-was abandoned due to conditions. Photo: AFP

Slovenia's Dalila Jakupovic was leading Stefanie Vogele 6-4 5-6 at Melbourne Park when she slumped to her knees at the back of the blue hardcourt suffering breathing difficulties.

Twenty-eight people have been killed and thousands made homeless in recent months as huge fires across the country have scorched 11.2 million hectares (27.7 million acres), nearly half the area of the United Kingdom.

Jakupovic, 28, said she was fighting for breath.

"I never experienced something like this and I was really scared," she said.

"I was scared that I would collapse. Tha'ts why I went on the floor (of the court) because I couldn't walk any more. When I was on the ground it was easier to get some air."

Her retirement came only hours after tournament director Craig Tiley defended the decision to proceed with qualifiers after they were initially delayed due to the poor air.

"During the period of when we suspended practice and restarted the matches there was an improvement in the conditions," Tiley said before Jakupovic's retirement.

The pollution prompted warnings from Victoria state's environment watchdog for people to stay indoors, bring pets inside and shut windows.

A horse-racing meeting in the western suburbs was cancelled and outdoor construction workers downed tools for the day, but governing body Tennis Australia said early on Tuesday that "conditions onsite (were) improving" at Melbourne Park.

Bushfire smoke has affected a number of elite sporting competitions involving soccer, rugby league and cricket, and the pollution has raised safety fears at tennis's first Grand Slam of the year.

"Why do we need to wait for something bad to happen to do an action," she tweeted.

"When we find doctors who say that playing at 45 degrees is not dangerous at the AO and referees who say that the wet grass is not slippery at Wimbledon, we must be able to find an expert who certifies that the air quality is sufficient right?"

Victoria's Chief Health Officer Brett Sutton told local media the air quality in Melbourne had been the "worst in the world" overnight.

Former world number one Maria Sharapova's warmup match at the Kooyong Classic in Melbourne's eastern suburbs was abandoned with the Russian trailing Germany's Laura Siegemund 7-6 5-5 after both players complained to the chair umpire.

Five-times Grand Slam champion Sharapova said she felt a cough coming on in the second set.

"After two and a half hours that was the right call for me. I think both of us felt it," she told reporters.

Authorities expect the smoke to linger until Wednesday when afternoon showers are forecast.