Latest - Players are unlikely to embrace the proposed four-day Tests until administrators clarify how they plan to utilise the calendar space freed up by the move, the Federation of International Cricketers' Associations (FICA) says. 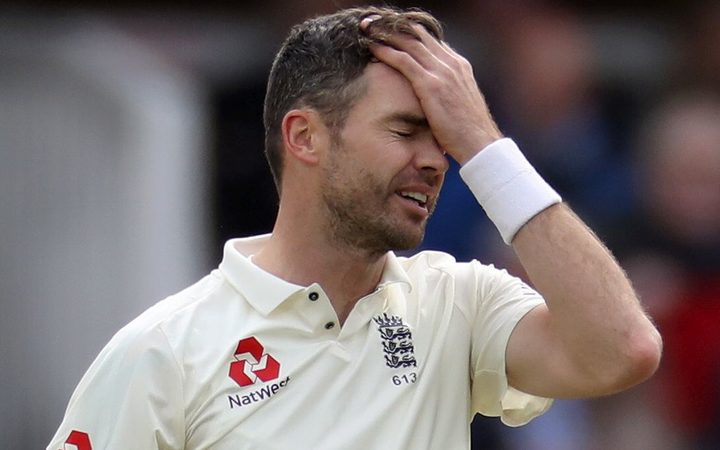 The International Cricket Council is set to discuss the idea of trimming the current five-day Tests by a day to ease a crammed international calendar and reduce player workload.

FICA, which counts players from England, Australia and South Africa as members among others, fears the new gaps in the calendar could well be filled with more cricket.

Anderson ruled out of SA tour

England seamer James Anderson has been ruled out of the remainder of the Test series against South Africa after sustaining a left rib injury in England's second Test victory at Newlands.

The Lancashire bowler underwent an MRI scan in Cape Town on Thursday.

Anderson felt tightness and discomfort at the end of the morning session on day five and was only able to bowl eight overs during the day. He finished with figures of 2-23 from 18 overs in South Africa's second innings.

He will return to the UK in the next few days.

It is the latest in a number of setbacks for England who despite the mishaps levelled the series with a thrilling victory on Wednesday.

Opener Rory Burns underwent surgery in London this week after he injured his ankle in a soccer kickabout on the eve of the second Test.

Jofra Archer also missed the Cape Town match because of an elbow injury, although scans have since cleared him to play in the rest of the tour.

About 10 players and more support staff were laid low by a mystery virus that swept through the squad before the first Test in Pretoria.

England allrounder Ben Stokes has labelled the tour as 'cursed'. His father suffered a stroke days after arriving in the country to watch his son and remains in hospital in Johannesburg.

The third Test begins in Port Elizabeth on January 16.

Federer, Nadal and Serena to play in exhibition to raise funds for bushfire relief

Roger Federer, Rafael Nadal and Serena Williams are among a number of players who will feature in an exhibition match ahead of this month's Australian Open to raise funds for bushfire relief efforts, organisers announced on Wednesday.

Hundreds of fires have scorched more than 10.3 million hectares (25.5 million acres) of land -- an area the size of South Korea -- killing 26 people and an estimated 500 million animals, and destroying over 1,000 homes.

All funds raised from the two-and-a-half hour event on Jan. 15 at Rod Laver Arena -- called AO Rally for Relief -- will be donated to the relief cause with tickets priced at $60.

The event is part of the Aces for Bushfire Relief program, in which Tennis Australia is donating $A100 for every ace served at the ATP Cup in Brisbane, Perth and Sydney. Many players have also pledged individually, with French Open champion Ash Barty donating her Brisbane International prize money to the cause.

Nick Kyrgios promised to donate A$200 for every ace he serves this month while NBA great Dirk Nowitzki said he would match the Australian's donation.

The Australian Open begins on Jan. 20.

Parisse to retire at Six Nations when Italy play in Rome

Italy's most-capped rugby player Sergio Parisse will get a chance to finish his 18-year career in front of his home fans at this year's Six Nations tournament when the Italians play Scotland and England at the Stadio Olimpico in Rome.

The loose forward, 36, was set to retire after Italy's World Cup campaign in Japan last year but was denied his chance to play a potential farewell match when Typhoon Hagibis forced the cancellation of their final pool game against New Zealand.

Parisse, who has been capped 142 times -- third in the all-time rankings behind All Blacks' great Richie McCaw (148) and Wales captain Alun Wyn Jones (143) -- said he would not play the entire Six Nations tournament after discussions with interim head coach Franco Smith.

"I told Smith my desire to end my international career in Rome in front of my family, my friends and our fans," Parisse told Corriere dello Sport.

"He agrees that I cannot end with that match cancelled by the typhoon. I will face Scotland, England or both, but I will certainly not play the entire Six Nations."

Peterhansel, known as 'Mr Dakar' for his success on both two wheels and four, finished the 453km stage from Neom to Al-'Ula in his Mini nearly two and a half minutes ahead of Toyota's defending champion Nasser al Attiyah.

Sainz, a two-times Dakar winner and father of the McLaren Formula One driver of the same name, was third over the stage in his Mini and leads the Qatari by three minutes and three seconds overall.

Al Attiyah had been handed a three-minute penalty after Tuesday's stage for not letting Sainz through despite warnings.

The Dakar is being held entirely in Saudi Arabia this year after the last decade in South America.

Peterhansel has now won a Dakar stage on all three continents that have hosted the rally, from its origins in Africa.

Two-times Formula One champion Fernando Alonso, who lost two and a half hours on Wednesday with a broken wheel and suspension, fell further behind the leaders in his Toyota Hilux pickup.