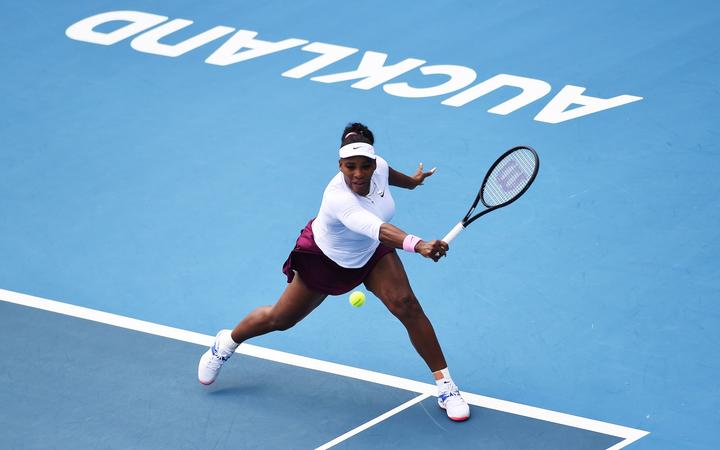 Serena Williams plays a back hand shot during her first round singles match at the ASB Classic. Photo: Photosport

The former world number one, now ranked 10th, won the match 6-3 6-2 in an hour and eight minutes.

It took Williams a little while to warm up in the match, with the first set evenly poised at 3-3 before the American took control.

She went on to produce eight aces with no double faults.

Giorgi, meanwhile, only managed one ace and four double faults.

Williams' first serve was a strong weapon during the match with a 74 percent success rate compared to Giorgi's 52 percent.

The win replicated yesterday's result for Williams in the doubles, which she won with fellow former world number one Caroline Wozniacki in straight sets.

Williams will play either Christina McHale or Ann Li in the second round of the singles.