The New Zealand Breakers continue their climb towards the Australian Basketball League play-offs with a 97-92 win at the South East Melbourne Phoenix. 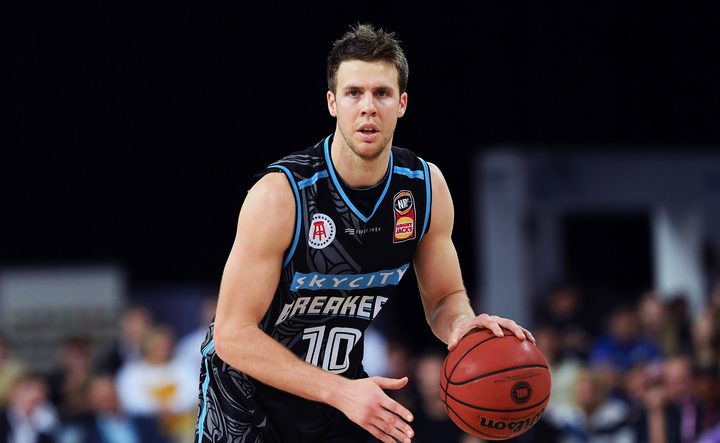 Tom Abercrombie top scored with 24 points as the Breakers scored their fifth straight win and fourth straight on the road.

With the added motivation of winning for their late beloved team manager Fata Letoa, the Breakers just wouldn't be denied in a game where neither side ever opened a double-digit advantage.

The Breakers overcame the loss of import Sek Henry to a calf injury.

But from the moment the Phoenix led by one with 4:45 remaining, it was all the Breakers. Finn Delany put the visitors in front with a three-point play before RJ Hampton marked his return from injury with a big layup.

That pair then iced the game combining for four more points before Delany drained the sealing triple to make it five consecutive Breakers wins as the improve to fifth position to be 9-10 and just behind Melbourne United and Cairns who are both 11-9.

Breakers captain Tom Abercrombie was outstanding at both ends finishing with 24 points, four rebounds and three assists on shooting 8/16 from the field and 4/9 from deep while Scotty Hopson continued his scintillating form with 19 points and six assists.

Delany came up huge for 18 points and six rebounds including 3/4 from long-range while Hampton returned with 11 points.

"It has been a hell of a week," Abercrombie said.

"Back home with the passing of our manager Fata, it has been an emotional one for the team. To come out and get one for him tonight was really special.

"He's going to be really missed by everyone on this team, he's an unbelievable guy and person who left an impression on everyone he touched."

The Breakers have a three-day break before an away trip to face the Cairns Taipans in a game that's massive for the playoff hopes of both teams on Thursday.