South Africa opener Dean Elgar admits his "brain-fart" opened the door for England to take charge of the second test on Saturday but says there is plenty in the pitch to keep the home side in the game. 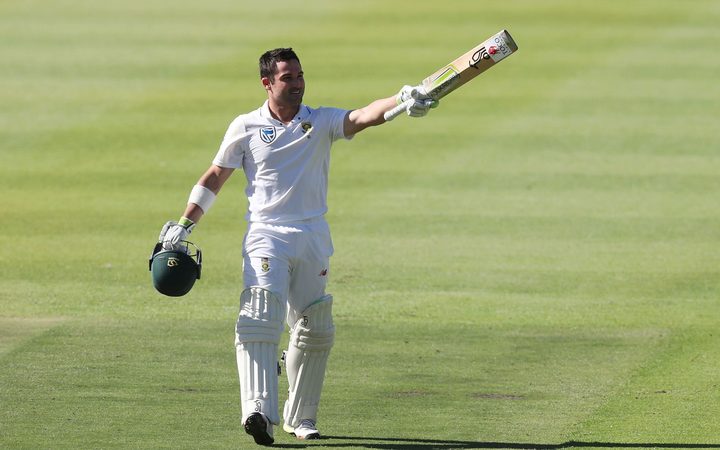 Elgar top-scored with 88 as South Africa limped to 215 for eight at the close of day two at Newlands, still 54 behind England's modest first-innings total of 269.

Having shown enormous patience in his almost six-hour stay at the crease, Elgar tried to launch spinner Dominic Bess over mid-on, but only succeeded in giving a catch for England captain Joe Root halfway to the boundary.

"I was trying to be as patient as possible and if he overpitched it, hit him to the boundary. I played him well until a brain-fart and then I had to sit back in the change room," Elgar said.

South Africa had been chipping away at the England lead and reached 157 for three before Elgar's dismissal, as they lost five wickets for the addition of 58 runs.

"There is disappointment because we grafted hard and fought to get ourselves into a reasonably good position. We then let it slip in the final hour," Elgar said.

"I might have just chosen the wrong ball to do what I wanted to do. It wasn't part of the plan, we wanted to wear out the English bowlers as we knew if they came back tomorrow in this heat with us only three or four wickets down, we would be in a strong position."

Elgar feels there is much in the pitch for bowlers on both side to exploit and says the South African attack will relish getting their hands on the ball in England's second innings.

"There is a crack and divots outside the right-handers off-stump (at the Kelvin Grove end) and it has turned out to be a good contest between bat and ball," he said.

"If you bowl in the right areas and with the right intensity as a bowling unit, the job can be done. England have one foot ahead of us, but there is a lot of assistance out there and the new ball does a lot on this wicket.

"There is also a lot of rough out there for a guy like Kesh (spinner Keshav Maharaj) and when the ball starts tuning, the chances are there."

South Africa won the first test in the four-match series by 107 runs in Pretoria.