Latest - Pakistan celebrated test cricket's return to the country after a decade with an emotional 1-0 series victory against Sri Lanka after teenager Naseem Shah bowled them to a 263-run win in the second and final match in Karachi. 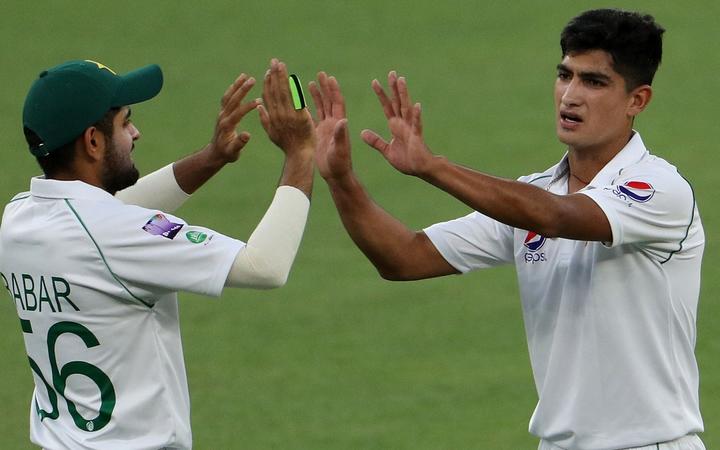 A lot of coaxing and cajoling went behind organising the series, which marked Pakistan's first tests on home soil since the 2009 militant attack on Sri Lanka's team bus in Lahore.

Top Sri Lankan cricketers opted out of a limited-overs series in Pakistan earlier this year and agreed to travel for the test series only after promised watertight security.

The hosts needed only 16 deliveries to claim the last three wickets and Naseem grabbed two of them to signal his arrival as Pakistan's next pace prospect.

Chasing an improbable 476 for victory, Sri Lanka folded for 212, their last four batsmen perishing without adding a single run to the total.

"Definitely we needed this performance. Special thanks to the Sri Lankan team and the Sri Lankan board from the bottom of our hearts" for touring Pakistan, elated home captain Azhar Ali said at the presentation ceremony.

Ferrari put their long-term faith in Charles Leclerc on Monday by extending the 22-year-old's contract for five more years until the end of 2024.

The Monaco-born Formula One driver won two of the 21 grands prix in 2019, making him the Italian team's youngest winner, while his seven pole positions were more than anyone else managed.

He also ended the campaign fourth overall and above his 32-year-old team mate Sebastian Vettel, a four times world champion whose contract expires at the end of 2020, in the drivers' standings.

The decision ensures Leclerc will be with Ferrari when the sport enters a new era in 2021, with Vettel's future far from certain, with the latter's contract expiring at the end of next season.

It also means the youngster could be an eventual team mate to six-times world champion Lewis Hamilton, the subject of plenty of speculation about his plans after Mercedes.

Barcelona have retained their position as the world's best paid professional sports team while National Basketball Association (NBA) sides took seven out of the top 10 places this year, a study http://www.globalsportssalaries.com/GSSS%202019.pdf by research body Sporting Intelligence has revealed.

Data from the annual Global Sports Salary Survey shows the average basic pay at the Spanish giants this season is $19 million.

Real Madrid are second on the list with an average basic pay of around 17 million pounds while Serie A champions Juventus -- who signed Messi's great rival Cristiano Ronaldo in 2018 -- are in third place.

English soccer champions Manchester City are 13th -- below France's Paris St Germain in 12th -- but ahead of local rivals Manchester United who are 33rd.

The average annual salary of a Premier League player climbed over $5.8 million pounds for the first time - a rise of 6.1% from last year - making the competition the highest paying football league, while the NBA was first overall.

NFL fans hoping to see a pair of Super Bowl tickets under the tree this week will need to be on the top of Santa's nice list, with American football's championship game once again topping the ranking for most expensive U.S. sporting event of the year.

Super Bowl LIII fetched an average price of $6516 per ticket on StubHub in 2019, according to data provided to Reuters, topping the ticket exchange platform's top 10 list of priciest U.S. sports events, with the Masters golf tournament and NBA Finals rounding out the top three.

The 2019 ranking was not without its surprises, however, with the Masters snagging an average of $3115 per ticket, the second-priciest on StubHub's list, despite not cracking the top 10 ranking in 2018.

Tiger Woods' redemption arc drove blockbuster sales, as he completed one of sport's greatest career comebacks to win at Augusta National after an 11-year major title drought in front of a fierce crowd of fans that proved the Tiger Effect is as compelling as ever.

While the Masters is a reliable draw for fans, interest accelerated as it became clear that the 43-year-old American was within driving distance of glory.