Black Caps strike bowler Trent Boult said he's ticked all the boxes ahead of his return to the side for the must win Boxing Day cricket test against Australia. 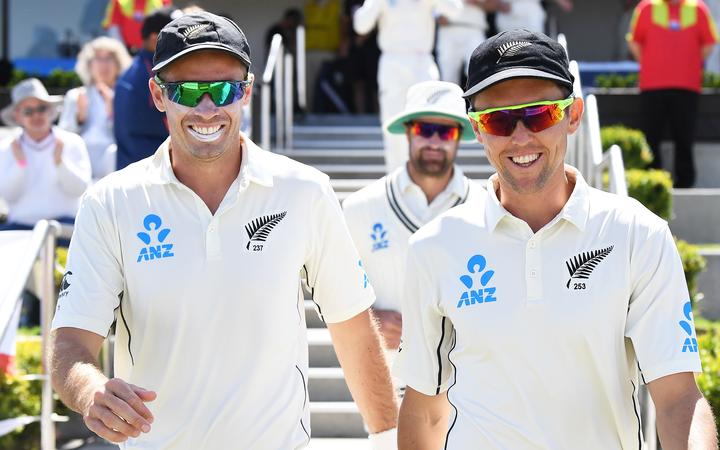 The paceman has overcome a side injury and bowled for a Victoria XI against the New Zealanders in a warm-up.

His inclusion will be a huge relief for a Black Caps side who were hammered in the first test in Perth, and must emerge victorious in Melbourne to keep the three-match series alive.

Boult said he's feeling good and looking forward to playing in front of a bumper crowd at the MCG.

However, the 30-year-old proved in a warm-up game on Sunday that he was ready to take the new ball again on Thursday when his side return to the MCG for their first test since 1987.

"I was a proud representative of Victoria yesterday. It was good fun and nice to get some overs under my belt, field for a bit, and get some time in my legs," Boult told reporters on Monday.

"It's all going well, I feel like I've ticked the right boxes in terms of my rehab and preparations, and I'm looking forward to getting out there.

"It was more about rhythm and loading from my point of view."

Latham said his team mate was back to his old self, welcome news for New Zealand as they look to level the three-match series.

"Boulty is tracking pretty well and he was running in pretty hard," he said.

"He was his usual self in the nets the other day, bouncing around, which is a good sign. It's great to have the quality of Trent come back into the side."

New Zealand's preparations for the test were disrupted due to extreme heat in Melbourne with one day of their warm-up match against the Victoria XI abandoned before play began.

The MCG pitch will be scrutinised heavily after a first-class game between Western Australia and Victoria was abandoned earlier this month because it was considered dangerous.

Groundsman Matt Page, however, told reporters on Monday the wicket for the Boxing Day test would be a fair contest between bat and ball and Boult said he was looking forward to seeing how it played.

"We're probably expecting something definitely different in terms of the wicket here, from how it's played over the last few years," he said.

"From my point of view, I'm going to be looking to pitch the ball up, swing it around and hopefully get some wickets that way."