New Arsenal manager Mikel Arteta is confident he will have the London club challenging for top honours again and asked for patience after being appointed head coach on a 3-1/2 year contract. 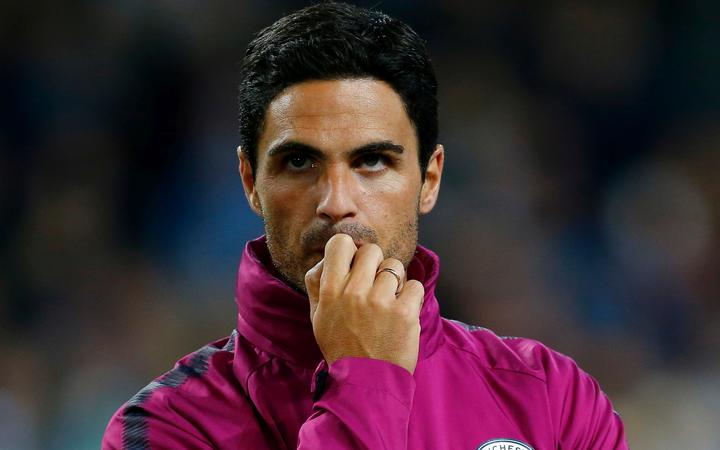 Arteta, who made 149 appearances for Arsenal between 2011 and 2016 before joining Manchester City's coaching staff as Pep Guardiola's assistant, replaces fellow Spaniard Unai Emery, who was sacked last month.

"This is a huge honour. Arsenal is one of the biggest clubs in the world. We need to be competing for the top trophies in the game," the former Arsenal captain said in a statement https://www.arsenal.com/news/mikel-arteta-joining-our-new-head-coach.

"We all know there is a lot of work to be done to achieve that but I am confident we'll do it.

"I'm realistic enough to know it won't happen overnight but the current squad has plenty of talent and there is a great pipeline of young players coming through from the academy."

Arsenal are 10th in the Premier League table, seven points behind fourth-placed Chelsea, after five victories in 17 matches this season and travel to 16th-placed Everton for Saturday's early kickoff.

Emery was sacked last month after Arsenal's 2-1 Europa League home defeat by Eintracht Frankfurt which extended their winless run in all competitions to seven games, their worst streak since February 1992 under George Graham.

Soon after Arteta's appointment was announced, the 48-year-old Emery told the BBC that Arsenal had made the right choice in appointing the rookie.

Arteta, who has never managed a club before, was named by British media as one of the candidates in the running to replace former Arsenal boss Arsene Wenger in 2018 before the club appointed Emery.

The 37-year-old has enjoyed great success at City, assisting Pep Guardiola as he guided the club to successive league titles.

"We met several top-class candidates and Mikel stood out to every single one of us as the perfect person for us," Arsenal's head of football Raul Sanllehi said.

"We look forward to him getting down to work and bringing the best out of our squad as we work to get our season back on track."

After Arsenal's 3-0 league defeat by Manchester City on Sunday, interim boss Freddie Ljungberg urged the club to make a quick decision on their next permanent manager.