Ian Foster unveiled three-quarters of his coaching team at the Manukau Rovers rugby club in South Auckland on Thursday morning. 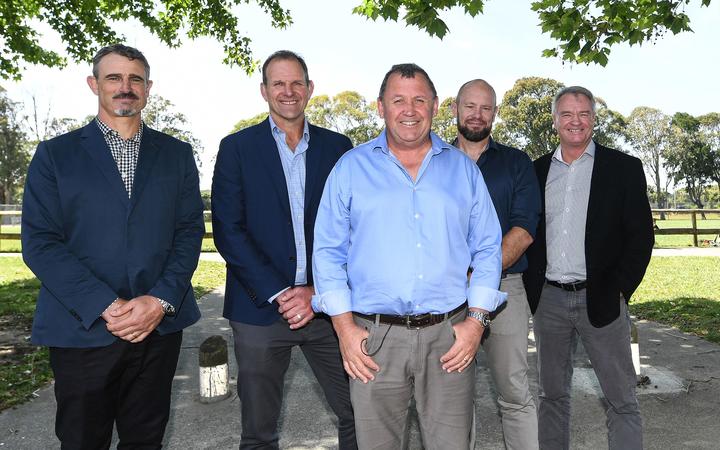 Not much roving, however, was required for the All Blacks new head coach to pinpoint who he wanted.

Former Crusaders assistant Brad Mooar is expected to complete the coaching team, with New Zealand Rugby locked in negotiations for his release from Welsh Club Scarlets.

Foster said he decided on the trio he could confirm thus far using two clear criteria.

"It's not a matter of just picking people who have done a good job somewhere.

"Their skill set has to fit where we want to go and so the answers were pretty clear to me, to be honest."

Incumbent defence coach Scott McLeod was retained not only because Foster rates him highly, but because he also carries the fuel from this year's World Cup failure.

Plumtree's caring but hard nosed approach worked in his favour, as did his head coach experience and potential to push a fresh approach.

But Foster said the whole coaching team, not just the new forwards coach, had to be agents of change.

"Bringing people in that not might not necessarily have the answer to that, but they're strong enough personalities that we can all sit around and have a really good conversation and collectively come up with we were going to go.

"That's the part that excites me."

The same went for Plumtree.

He said it's important the new coaching team didn't try and reinvent the wheel.

"We're going into a machine that's pretty well oiled but naturally there's going to be a couple of changes, possibly around what I believe and my mentality around a few things.

"But the systems and everything that's put in place in the All Blacks are pretty successful so I'd be mad to come in and try and change too much."

Before joining the Hurricanes, Plumtree spent six years in South Africa and two with the Irish national side.

Experience coaching against New Zealand also boosted the CV of new scrum coach Feek, who is back from nine years in Ireland, the past six in the national set-up. 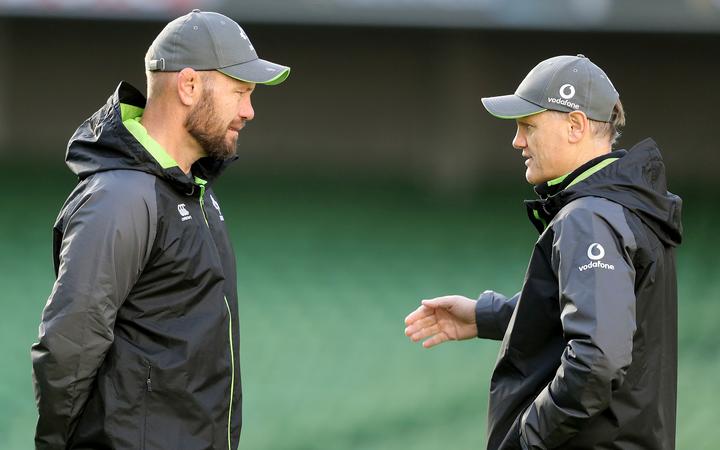 Feek said analysing his old team gave him insight those within the All Blacks may not have had.

"In Europe you have to be really consistent every week.

"It's a long season and that's probably something in the last couple years that, how do [the All Blacks] do that. And how do we make sure teams have a little bit of fear and uncertainty about what you're going to do as well."

Feek and Plumtree both plan on doing plenty of listening before they do too much talking.

The latter, though, will also join the selection panel alongside Foster and the retained Grant Fox, and said he won't be shy in making his preferences known.

"What I get excited about might not excite someone else so sure there will be robust discussions," Plumtree said.

"That's the fun part about it, too. It's always good trying to get your point across and hopefully winning the odd battle."

Foster wouldn't have it any other way.

All that remained was to lock in the final member of his team.

And while Mooar's arrival was still to be confirmed, Foster was far from fretting it'll all work out.

"We're having good ongoing conversations (with Scarlets), it's just a normal process in professional rugby really.

"The relationships been good, it's been strong and hopefully it's going to happen pretty soon [because] I haven't got a plan B."

No plan B maybe, but definitely a plan for change.