Kyle Jamieson is still coming to grips with his call-up to the Black Caps squad for the two remaining cricket Tests in Australia. 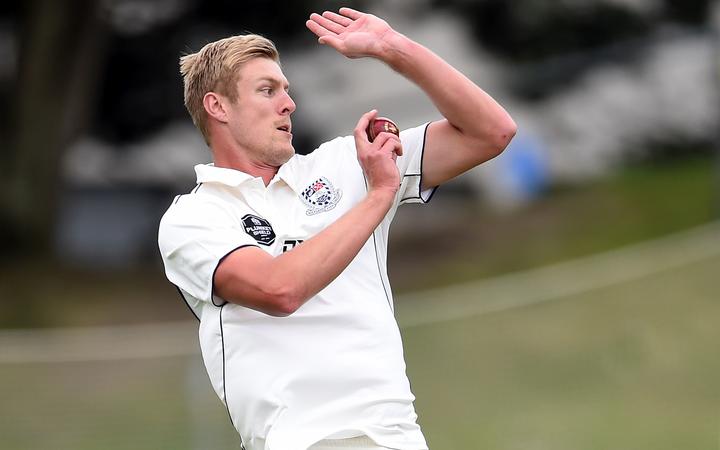 The latter is returning home from Australia after suffering a right calf strain while bowling in the Black Cap's first Test loss in Perth, and is expected to be sidelined for four to six weeks.

Jamieson will fly to Melbourne on Wednesday, after turning out for Auckland in a T20 game against Canterbury in Christchurch on Tuesday, and the 24-year-old said he's excited to join the New Zealand squad for the first time.

"I'm pretty speechless at the moment.

"I had a phone call from (selector) Gavin Larsen just as I was padding up at training, so that was kind of unexpected.

"I obviously received the news and had to kind of park it for a couple hours while we ticked off prep for today's game but yea, it's a pretty special moment."

Jamieson will join the Test squad in preparation for the second Test at the MCG, starting on Boxing Day. 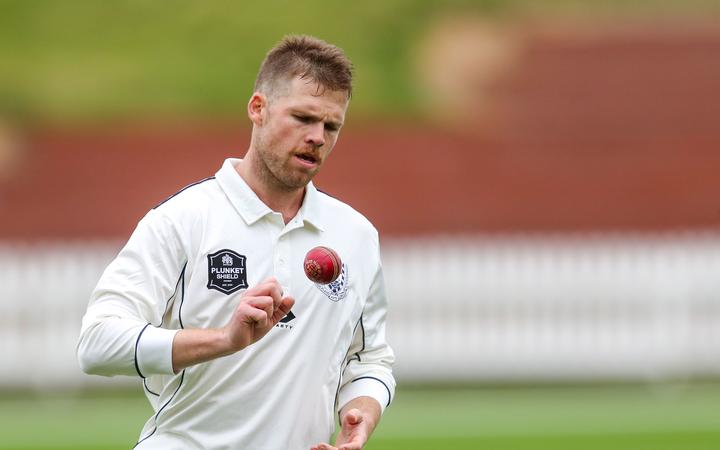 Lockie Ferguson suffered a calf injury in the first Test against Australia in Perth. Photo: PHOTOSPORT

"Kyle has impressed in the Plunket Shield domestic four-day competition.

"We've also been really encouraged by his progress in the NZC winter camps and his performances for New Zealand A.

"Standing at over two metres tall he obviously gets good bounce and brings something different to our other pace bowlers.

"It will be his first time in camp and we're looking forward to welcoming him into the environment."

“Standing at over two metres tall he obviously gets good bounce and brings something different to our other pace bowlers” – Gary Stead on Kyle Jamieson #AUSvNZ #cricketnation https://t.co/iHLBrNQ8VB

Jamieson boasts 72 wickets in the Plunket Shield at an average of 27.9 and was a member of the New Zealand squad for the 2014 ICC Under-19 Cricket World Cup.

He may not get to take the field in Australia, with frontline seamer Trent Boult expected back from injury for the Boxing Day match.

But regardless of whether he gets to play, Jamieson expected to get plenty out of his first involvement with the Black Caps.

"I'm not too sure how many Boxing Day Tests New Zealand will be involved in during my cricket lifespan.

"It doesn't get much bigger than this and it's such a cool opportunity to be a part of it and just soak it up for all that it is."

Ferguson will travel home on Tuesday and Stead said the whole team was feeling for him.

"We're all absolutely gutted for Lockie," he said.

"He'd worked really hard to earn his Test debut and to have it cruelly halted by injury was truly unlucky.

"He'll return home to begin his recovery with an eye to India's tour of New Zealand starting in late January."