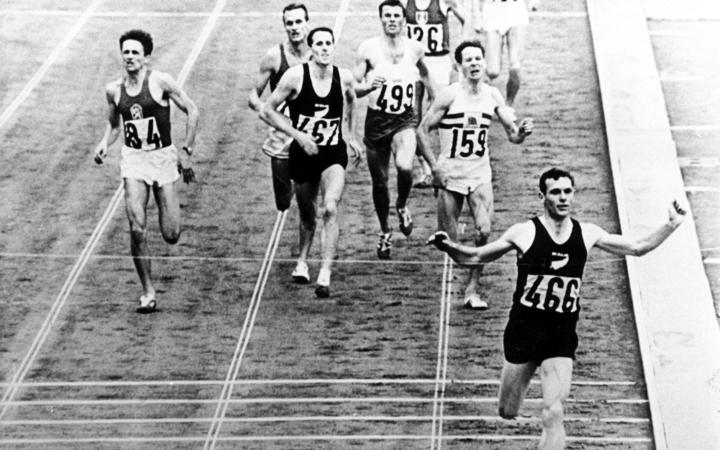 Sports historian and friend Ron Palenski confirmed to RNZ Sir Peter had died at his home in Dallas on Thursday, about midday local time.

He said Sir Peter's wife, Miki, called to tell him of his friend's death this morning.

He said she told him she wanted people to know he was living life and not bedridden after developing heart problems a few years ago.

"They were intending to go shopping for a roast that Peter was going to cook that night before they played table tennis," Palenski said.

"While Miki was getting ready, Peter nodded off to sleep which he quite often did. But this time he didn't wake up. Miki couldn't wake him up. So she called 911 and paramedics couldn't revive him," he said.

"Miki said that Peter didn't want a lot of fuss which is typical of him of course.

"They're going to have a memorial service in Dallas at some stage but he'll be cremated and in his words he didn't want people trooping up to his grave."

He would have turned 81 on Tuesday.

He was regarded as New Zealand's greatest sportsman, so outstanding that huge crowds gathered to watch him race. Born in Opunake in 1938, he was so outstanding an athlete that his name became a figure of speech signifying excellence.

Coached by the legendary Arthur Lydiard, he also won two Empire Games gold medals and a clutch of world records.

He was 21 and almost unknown when he went to the 1960 Olympics and, on a day still regarded as the greatest in New Zealand athletics, won the 800m shortly before his teammate Murray Halberg won the 5000 metres.

"It's still pretty clear. Those first memories always are."

"That was an unbelievable moment for me, I sort of felt I was in a dream-like state. 'I've actually won a gold medal, it can't be, how can it be?' It actually took a while to sink in. I felt dazed."

Peter Snell winning gold in Rome in 1960. Photo: No metadata

He crowned his career with gold medals in the 800m and 1500m at the 1964 Tokyo Olympics, and retired the following year. Many thought he had scarcely tapped his potential.

He told RNZ last month he had quit the sport then because it was demanding too much of him.

"There's no question that when I was doing this stuff ... it was all just for glory and achievement," he said.

"There were sacrifices that had to be made in order to do the training that made those results possible and after a few years I just didn't feel like doing it anymore and didn't want to go on to Mexico City, which I probably could have done but, you know - why? It was just another three or four years of sacrifices.

After his retirement, he worked as the Rothmans Foundation's director of coaching but found his fame irksome and after a year at Loughborough College in England, decided to pursue an academic career.

In the early 1970s he packed up his family and moved to the United States to take a BSc degree at the University of California. After gaining a PhD in Sports Medicine at Washington State University he took up a post-doctoral fellowship in Dallas, Texas.

He told RNZ that was lifechanging.

"I had to come over here [to the United States] to get myself into a decent job situation. It was never going to happen in New Zealand. Going to university here for seven years is really, it changed my life."

He remained there as director of the Human Performance Laboratory and was a scientific advisor to the US Olympic Committee.

Internationally known in the field of exercise science, he was an inaugural inductee of the International Scholar-Athlete Hall of Fame at the University of Rhode Island in 1999.

Despite having moved to the US almost 50 years ago, Sir Peter kept close links with New Zealand, returning regularly and supporting the development of world class talent through the Peter Snell Institute of Sport.

In 2000 he was voted New Zealand Athlete of the Century and became a Distinguished Companion of the Order of New Zealand in 2002.

In 2009 he accepted the title of Knight Companion of the Order.

At a ceremony in 2017, he handed over two of his gold medals and 12 other items - including one of the shoes he wore when he won in 1960 - to New Zealand's national museum Te Papa.

The museum had nearly paid $122,500 in 2016 for a singlet that was believed to be the one Sir Peter wore at the 1964 Games, but halted the sale, saying it did not believe it was genuine. 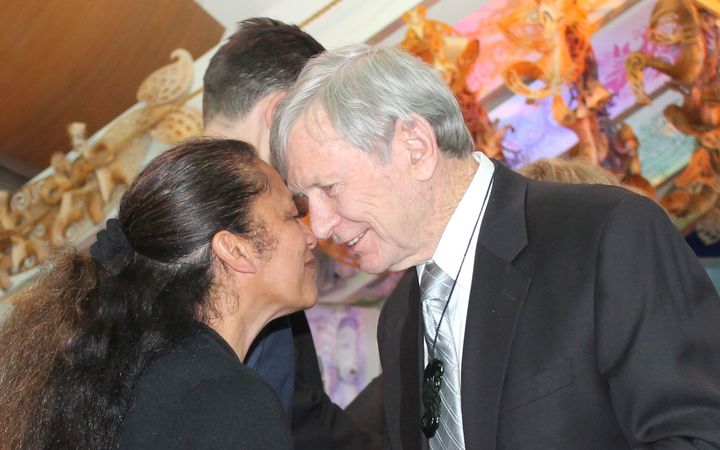 Sir Peter and Sir John Walker were last month both invited to a World Athletics Heritage Mile night in Monaco to celebrate those who had held the world mile record at some stage during their careers.

Sir Peter broke the record twice, in Whanganui in 1962 and in Auckland two years later.

He had been planning to defy doctors' orders and attend the event, but decided against it at the last minute after feeling unwell at the airport.

He told RNZ sports reporter Barry Guy about the hype over running a four-minute mile.

"Yeh, I think it was that four minutes, and some people were saying 'oh, you could never run under four minutes to the mile' and all that sort of stuff and it really hyped the event and captured people's imagination," Sir Peter said.

"What I was trying to do actually was run under four minutes, that was the goal and ... I believe I got to the three quarters and close to three minutes, maybe slightly slower than that, and then this last lap was just awesome.

"I don't know where the energy came from, I think it was Bruce Tulloh actually passed me which I think sort of galvanised me into action, so the last lap was pretty fast and fast enough to run 3.54.4."

"Once I broke the record - you know, I was a great 800m runner but I was never invited to run 800 again, everyone just wanted to see the mile."

Sir Peter told RNZ in an interview in 2017 he was honoured that Te Papa wanted to exhibit some of the items that showcased his career.

"I don't feel that there's too many years left for me ... I think a lot of New Zealanders probably are interested so I want these things to be made available and hopefully as an inspiration for young New Zealanders to see and in a way I feel I am just the custodian.

"New Zealand gave me the opportunity to go to the Olympics and compete for these trophies so so I think in a way they are New Zealand's medals."

He said he liked to think another Kiwi would come along and fill his shoes, and it was one of his great desires it would happen.

"Running is not easy - it's very repetitive, you've got to do a lot of training, it's probably more fun on a BMX bike doing lots of tricks." 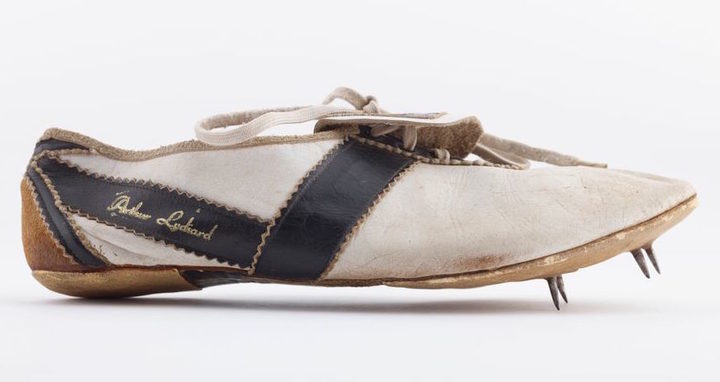 One of Sir Peter Snell's running shoes that was handed over to Te Papa. It was made by legendary coach Sir Arthur Lydiard for Snell to use at the 1960 Olympics. Photo: Te Papa

Sir Peter was visiting Auckland at the time to compete in table tennis at the World Masters Games.

He said he was sad to say that table tennis was the only sport he could do, along with golf as long as he used a cart between the holes.

Listen to the full interview with Sir Peter Snell:

He had had a heart condition for four years by that stage - taking a lot of pills for what doctors were calling heart failure.

"The amount of blood that this heart can pump with every beat is about a third of a normal heart so I get breathless pretty easy."

He said his heart problems were frustrating, especially as he had written a book about ageing successfully in which he advocated a healthy diet, plenty of exercise and regular check-ups.

"You never know what life is going to deal to you and in my case a little virus came in and damaged my heart and in spite of my cholesterol and blood pressure and all those markers being good I have damage which has limited my heart."

Palenski said Sir Peter was one of the country's greatest athletes, "if not New Zealand's greatest track and field athlete".

He described his friend as a genuinely good bloke, who was regarded as one of the track and field legends.