Latest - The Collingwood Magpies have gone through unbeaten claiming the Super Club netball title in Nelson with a 49-42 win over the Northern Mystics. 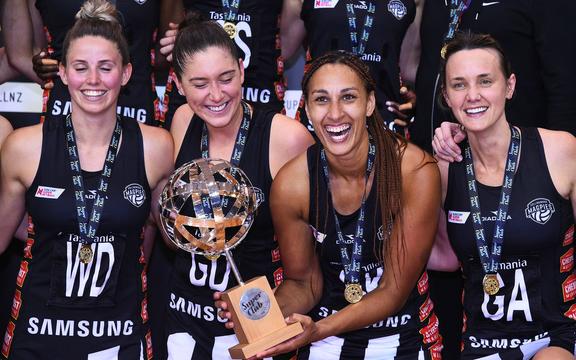 In a thrilling contest where the lead changed hands several times, the Magpies won each of the first three quarters by a solitary goal before constant pressure paid dividends in the final quarter.

Both defensive ends played forceful roles with classy Magpies defender Geva Mentor securing three intercepts and the Mystics' Phoenix Karaka, four. But it was just as much a battle of the goal shoots where Jamaican import Shimona Nelson (Magpies) and Mystics schoolgirl Grace Nweke shone under their respective hoops.

However, it was the slight figure of veteran campaigner Natalie Medhurst who proved the difference with her court craft, option-taking and 17 goal return from 18 attempts, resulting in the Super Club trophy heading offshore for the first time.

Denied the opportunity to defend their title, the Pulse sealed third place this year following an entertaining 47-45 win over the WBOP Magic.

In the southern derby match-up to decide fifth placing, the Southern Steel beat the Tactix 50-45, while the Northern Stars secured their first win of the tournament, clinching seventh place in the process, with a 52-41 win over the Wasps of England.

McLaughlin to test in Indycars

Reigning Australian Supercars champion Scott McLaughlin will test a Penske-run Indycar at Sebring next month, driving a top-line single-seater for the first time. 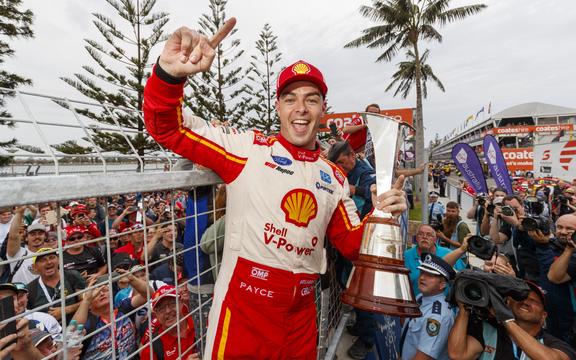 The DJR Team Penske driver has been continually linked to a NASCAR future with Penske, with team owner Roger Penske stating that any switch to NASCAR would be done gradually and through the lower tiers.

But 26-year-old McLaughlin will remain in Supercars for the 2020 season at least, though will test an Indycar in a series' rookie test before beginning his regular campaign.

"I am always open to new challenges and I'm thankful to Team Penske for providing this opportunity to test an Indycar," said McLaughlin, who took a record 18 victories in Supercars during 2019.

Penske won the Indianapolis 500 this year through Simon Pagenaud, while Josef Newgarden won the IndyCar title.

The New Zealand track cycling team has picked up two silver medals and a bronze on the opening day of the World Cup meeting in Brisbane.

The women's team pursuit twice went under their old national record before being edged out by 0.3 seconds to world champions Australia in the 4000m final.

The men's pursuit team broke the national record on their way to finishing second to Australia in their final.

The men's team sprint blooded Auckland's Sam Dakin with Eddie Dawkins spelled after a demanding workload and they finished third.

The defending champions have scored big wins on the first day of the Super Smash T20 cricket competition.

In the men's competition the Central Stags scored a 120 run victory over the Northern Knights in Napier in a rematch of last season's final.

Meanwhile the Wellington Blaze started the defence of the women's title with a 66-run win over Otago in Lincoln.

In other women's games Auckland beat Canterbury by 68 runs, while Canterbury also lost to Central by 19 runs.

The United States conjured up some magic moments on the 18th green to fight back in Friday's foursomes and hold the Internationals to a 6.5-3.5 lead after Ernie Els' team threatened to deliver a decisive blow at the Presidents Cup.

The Americans, trailing in all five matches at one point, dug deep at Royal Melbourne to share the day two honours, with captain Tiger Woods and his playing partner Justin Thomas leading the way once again.

Woods and Thomas were the only pair to score for the United States in the opening fourballs on Thursday and returned to claim a vital point in a 1-up win over Hideki Matsuyama and An Byeong-hun.

Thomas rolled in a 17-foot putt on the 18th to secure the win and celebrated wildly before being wrapped in a bear-hug by Woods.

Earlier, Patrick Cantlay, teamed up with Xander Schauffele, rolled in a 14-foot birdie putt on the 18th to claim a 1-up win over Adam Hadwin and Joaquin Niemann.

Rickie Fowler capped the stirring U.S. fightback with a clutch putt for par on 18 to clinch a half-point against Cameron Smith and Im Sung-jae.

The Auckland Tuatara have levelled their Australian Baseball League series with the Brisbane Bandits after a 7-4 win in game two in Brisbane.

In a game reduced to seven innings by rain, the Tuatara outfielder Kim Won-seok hit a three run homer in their final bat to win the game.

It is the first time the Bandits have lost a game at home this season. 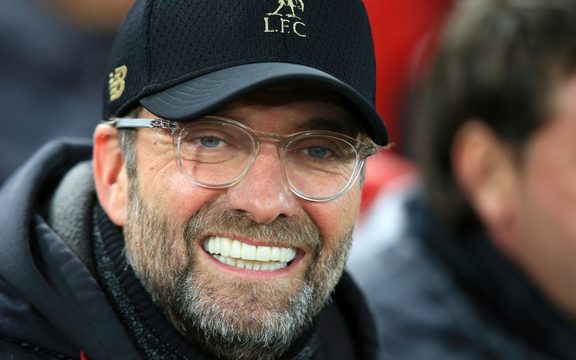 Former Borussia Dortmund manager Klopp took the reins at Liverpool in October 2015 and guided them to back-to-back Champions League finals in 2018 and 2019, winning their sixth European cup last season.

The German spent seven years each at former clubs Mainz 05 and Dortmund.

Klopp took Liverpool to the brink of their first ever Premier League title last season, finishing a point behind champions Manchester City.

They are well poised to end their 30-year wait for a top flight league title after going unbeaten in the first 16 games this season, with an eight-point lead over second-placed Leicester City.

The charismatic 52-year-old took over when the club were struggling for form under Brendan Rodgers and had fallen to 10th in the table. He guided them back to the Champions League in his first full season.

Pakistan's first test match at home in over a decade is heading for a tame draw after rain and bad light wiped out almost the entire third day's play against Sri Lanka at Rawalpindi.

The weather-hit opening test also had play curtailed on the first two days and not even one innings has been completed since Sri Lanka won the toss and chose to bat.

Only 5.2 overs of play was possible on Friday and Sri Lanka added 19 runs to their overnight score to reach 282 for six.

Dhananjaya de Silva resumed the day unbeaten on 72 and had added only 15 to his tally before the umpires decided the light was not sufficient for play to continue. Dilruwan Perera was not out on six at the other end.

The two-match series marks Pakistan's first tests on home soil since a militant attack in 2009 on Sri Lanka's team bus in Lahore.

The series marks the return of Eoin Morgan's side to the 50-over format after their World Cup triumph on home soil in July and follows the four-Test series against the hosts starting this month.

England also named a T20 squad for a three-match series against the Proteas starting on February 12, with Archer, Buttler, Stokes and Wood returning to the team as it focuses on next year's T20 World Cup in Australia.

However, Test skipper Joe Root has been left out of that squad.

Gerrard staying on at Rangers

Rangers manager Steven Gerrard has signed a two-year contract extension until the end of the 2023-24 season, the Scottish Premiership side announced.

Gerrard, who spent 17 seasons at Liverpool as a player and led the Anfield club to the Champions League title in 2005, took charge of Rangers in 2018 on a four-year deal and said earlier this week that he was close to extending the deal.

Rangers finished runners-up to Celtic in the league last season under the ex-England midfielder and are now in second place, two points behind their 'Old Firm' rivals after 15 games.

They had a chance to win their first trophy under Gerrard on Sunday but lost 1-0 to Celtic in the Scottish League Cup final.

Ferrari are planning to add female racers to their expanding young driver programme as they seek to develop talent for the future.

Formula One has not had a woman driver start a race since 1976.