Latest - The Wellington Phoenix have confirmed that defender Louis Fenton has undergone shoulder surgery and will miss the rest of the Hyundai A-League season. 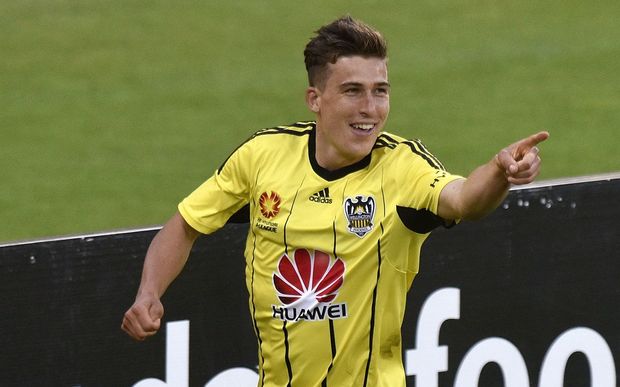 Fenton had been out since Round 5 with a shoulder injury, which he suffered against Melbourne City FC on the 3rd November.

Wellington Phoenix Head Coach Ufuk Talay said it was a disappointing outcome for the club and for Louis himself, but it was "something that needed to get done".

"He'll miss the season, which is a big blow for us, but the main thing is we get him right, he gets his body right and he's ready for pre-season next year."

After a tournament to remember, Sunday's WBBL final was a day to forget for Adelaide and New Zealand cricket all-rounder Sophie Devine. 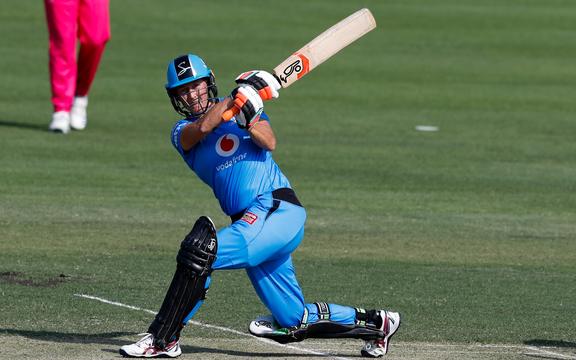 The White Ferns star came into the decider for the Strikers on the back of a match- winning unbeaten 65 in Saturday's semi-final against Perth - her ninth half- century of the competition.

Early in the second over Devine slashed at a wide delivery from Heat fast bowler Georgia Prestwidge and the top-edged shot skied to Maddy Green at backward point.

New Zealander Green made no mistake and Devine was gone for five - leaving her eight runs shy of Ellyse Perry's record haul of 777 from a WBBL season set last summer.

The 30-year-old had a chance to make her mark on the game with the ball shortly afterwards, as the Strikers defended a reasonable score of 161 for 7.

After conceding 10 runs in her first over, Devine's second was a defining moment in the match but not in the way she would have wanted.

Sammy-Jo Johnson, promoted to No.3 for the Heat as a pinch-hitter, deposited Devine for four sixes in five deliveries including three maximums in as many deliveries.

While Devine dismissed Johnson off the last ball of her over, the damage had been done and the Heat comfortably went on to get their victory target of 162 with 11 balls to spare.

A record bowling performance by Bella Armstrong has helped the Auckland Hearts to two wins over Otago and to the top of the women's one day cricket competion.

Armstrong took 7 for 18 off nine the best performance by any player in a domestic first class match, in Saturday's win over bottom of the table Otago.

Saturday's demolition job saw the visitors rolled for just 74, with the Hearts cruising to victory in just 14.2 overs.

Auckland then did the double on Sunday.

With Armstrong only able to take 1-44 off nine in the second match, the Sparks posted a better 193-9 off a rain-reduced 46 overs.

However, again it wasn't enough for Auckland, who got to their target in 33.2 overs, thanks to half centuries to Lauren Down (88) and Saachi Shahri (53).

West Indies opener Lendl Simmons smashed a breezy 67 not out to help secure a series-levelling eight-wicket victory over India in the second Twenty20 International.

After restricting the hosts to 170-7, the tourists' big-hitting top order clobbered 12 sixes, compared to India's five, and chased down the target with nine balls to spare.

Mumbai hosts the third and final Twenty20 International on Wednesday before the teams clash in a three-match one-day series.

Andy Ruiz Jr has wasted no time in calling for a rematch after Anthony Joshua won back an array of world heavyweight boxing titles in Saudi Arabia, but the Mexican-American won't be at the front of the queue.

Joshua won on a unanimous points decision against a flabby-looking Ruiz, to regain the WBO, IBF, WBA and IBO belts.

Deontay Wilder, the WBC champion who holds the only meaningful belt outside the Briton's possession, is an obvious target but boxing politics means that remains some way off.

A fight between the two champions has been long sought but talks have gone nowhere while the other big payday would be a showdown with fellow Briton and former champion Tyson Fury who is due to have a rematch with Wilder in February after their last clash ended in a draw.

Young New Zealand golfer Denzel Ieremia finished among some big names for the best result of his short professional career finishing tied for fifth in the Australian Open in Sydney.

Playing on his home course at The Australian, Jones won his second Australian Open crown in a dramatic finale as he beat South African Louis Oosthuizen by one shot.

New Zealand's six Premiership teams are in action at the five-day tournament, along with Australian side Collingwood Magpies and the Wasps from England.

The Mystics, who finished bottom of the table in last year's competition, looked in complete control for much of the game.