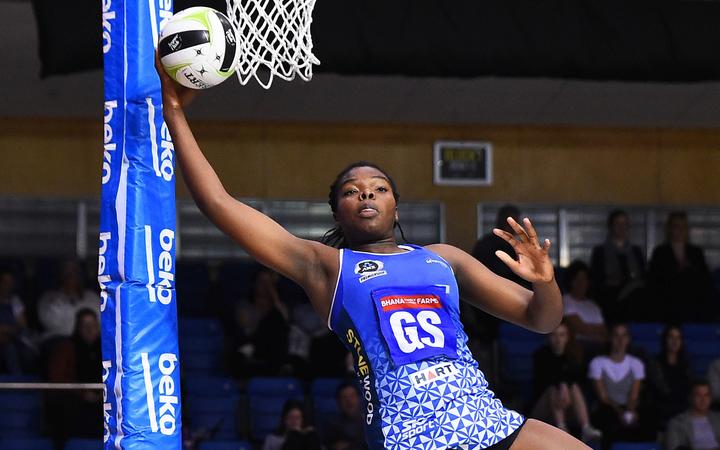 New Zealand's six Premiership teams are in action at the five-day tournament, along with Australian side Collingwood Magpies and the Wasps from England.

The Mystics, who finished bottom of the table in last year's competition, looked in complete control for much of the game.

Young shooter Grace Nweke dominated the circle for the Aucklanders, shooting 37 from 44 at 84% accuracy while Bailey Mes sunk seven from nine and Saviour Tui five from seven.

For the Pulse, Aliyah Dunn and Tiana Metuarau struggled with their accuracy, sinking 26 from 34 and 13 from 21 respectively against uncompromising circle defenders Michaela Sokolich-Beatson and Sulu Fitzpatrick.

In other games, Collingwood - spearheaded by Jamaican shooter Shimona Nelson's outstanding 41 from 44 - looked comfortable in dispatching WBOP Magic 52-33 while the Southern Steel accounted for Wasps 50-36.